This is a collection of 10 interesting resources in the form of articles and tutorials for the aspiring data scientist new to Python, meant to provide both insight and practical instruction when starting on your journey. 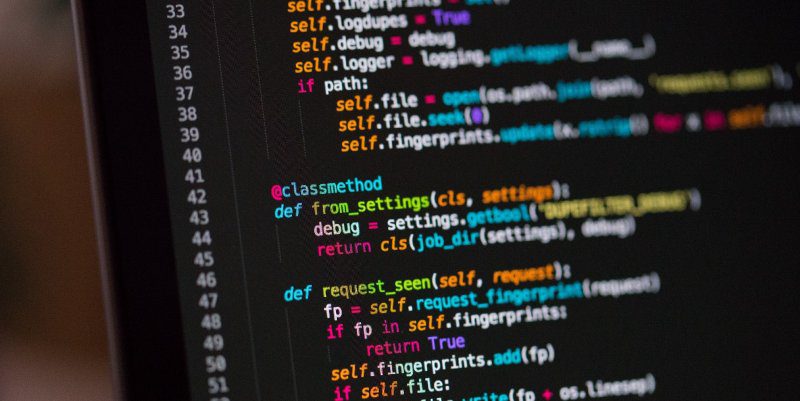 Python is one of the most widely used languages in data science, and an incredibly popular general programming language on its own.

Many prospective data scientists are first faced with the issue of which programming language might be their choice when diving into data science. This is further complicated if you don't already bring a set of existing programming skills on which to rely. Even better would be a thorough understanding of Python as you shift to data science (substitute another language if it is to be your preferred data science programming tool), but many newcomers to the field find themselves either starting from relative scratch when it comes to either programming in general, or Python more specifically.

This is a collection of 10 interesting resources in the form of articles and tutorials for the aspiring data scientist new to Python, meant to provide both insight and practical instruction when starting on your journey. Note that they are not data science tutorials, but cover peripherally-related topics and general Python programming know-how.

And so without further ado, and in no particular order, here are 10 resources meant to help you better learn Python.

1. An A-Z of useful Python tricks

I use Python daily as an integral part of my job as a data scientist. Along the way, I’ve picked up a few useful tricks and tips.

Here, I’ve shared some of them in an A-Z format.

Most of these ‘tricks’ are things I’ve used or stumbled upon during my day-to-day work. Some I found while browsing the Python Standard Library docs. A few others I found searching through PyPi.

2. Migrating to Python 3 with pleasure

Python became a mainstream language for machine learning and other scientific fields that heavily operate with data; it boasts various deep learning frameworks and well-established set of tools for data processing and visualization.

However, Python ecosystem co-exists in Python 2 and Python 3, and Python 2 is still used among data scientists. By the end of 2019 the scientific stack will stop supporting Python2. As for numpy, after 2018 any new feature releases will only support Python3. Update (Sep 2018): same story now with pandas, matplotlib, ipython, jupyter notebook and jupyter lab.

To make the transition less frustrating, I've collected a bunch of Python 3 features that you may find useful.

4. Asynchronous Programming in Python: A Walkthrough

Before asyncio (sometimes written as async IO), which is a concurrent programming design in Python, there were generator-based co-routines; Python 3.10 removes those. The asyncio module was added in Python 3.4, followed by async/await in 3.5.

Here are a couple of asynchronous concepts that you should get your head around: coroutines and tasks. Let’s look at coroutines first.

Python’s simple, easy-to-learn syntax can mislead Python developers – especially those who are newer to the language – into missing some of its subtleties and underestimating the power of the diverse Python language.

With that in mind, this article presents a “top 10” list of somewhat subtle, harder-to-catch mistakes that can bite even some more advanced Python developers in the rear.

In this tutorial on decorators, we’ll look at what they are and how to create and use them. Decorators provide a simple syntax for calling higher-order functions.

By definition, a decorator is a function that takes another function and extends the behavior of the latter function without explicitly modifying it.

7. A Byte of Python - Data Structures

Data structures are basically just that - they are structures which can hold some data together. In other words, they are used to store a collection of related data.

There are four built-in data structures in Python - list, tuple, dictionary and set. We will see how to use each of them and how they make life easier for us.

8. Get Started With Django Part 1: Build a Portfolio App

Django is a fully featured Python web framework that can be used to build complex web applications. In this tutorial, you’ll jump in and learn Django by example. You’ll follow the steps to create a fully functioning web application and, along the way, learn some of the most important features of the framework and how they work together.

In later posts in this series, you’ll see how to build more complex websites using even more of Django’s features than you’ll cover in this tutorial.

9. A Beginner’s Guide to Python for Data Science

Some programming languages live in the heart of data science. Python is one of those languages. It is an integral ingredient for Data Science and vice versa. And actually, it would take prominently long to explain why.

Let’s start with the fact that Python provides great functionality to deal with mathematics, statistics and scientific function. When it comes to data science application, it provides extensive libraries to deal with. Not to mention it is open-source, interpreted, high-level tool!

10. Why Python is Essential for Data Analysis

So how does Python jibe with data analysis? We will be taking a close look as to why this versatile programming language is a must for anyone who wants a career in data analysis today, or is looking for some likely avenues of upskilling. Once you’re done, you’ll have a better idea as to why you should choose Python for data analysis.