How to Deal with Missing Values in Your Dataset

In this article, we are going to talk about how to identify and treat the missing values in the data step by step. 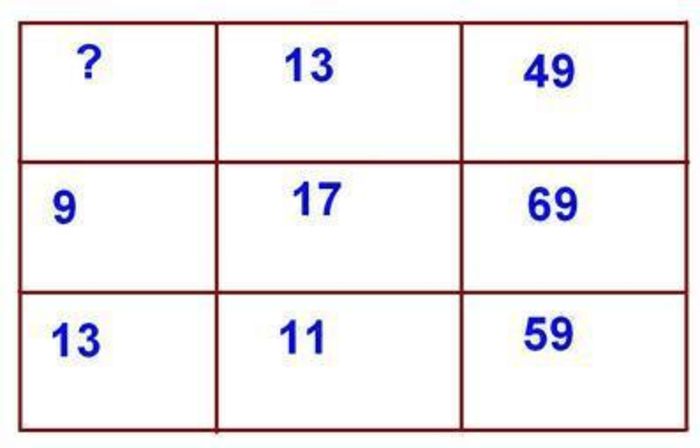 In the last blog, we discussed the importance of the data cleaning process in a data science project and ways of cleaning the data to convert a raw dataset into a useable form. Here, we are going to talk about how to identify and treat the missing values in the data step by step.

Real-world data would certainly have missing values. This could be due to many reasons such as data entry errors or data collection problems. Irrespective of the reasons, it is important to handle missing data because any statistical results based on a dataset with non-random missing values could be biased. Also, many ML algorithms do not support data with missing values.

How to identify missing values?

We can check for null values in a dataset using pandas function as: 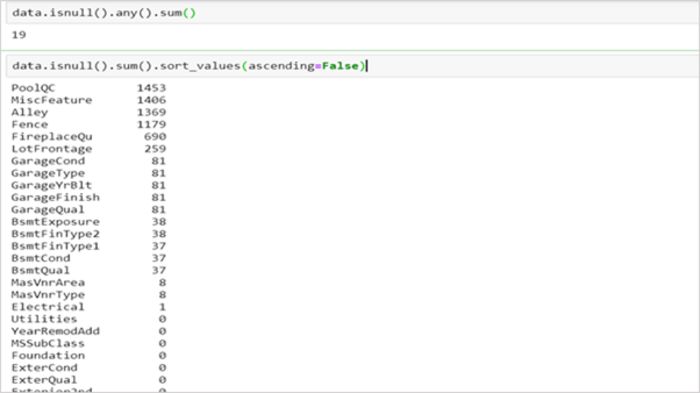 But, sometimes, it might not be this simple to identify missing values. One needs to use the domain knowledge and look at the data description to understand the variables. For instance, in the dataset below, isnull() does not show any null values. 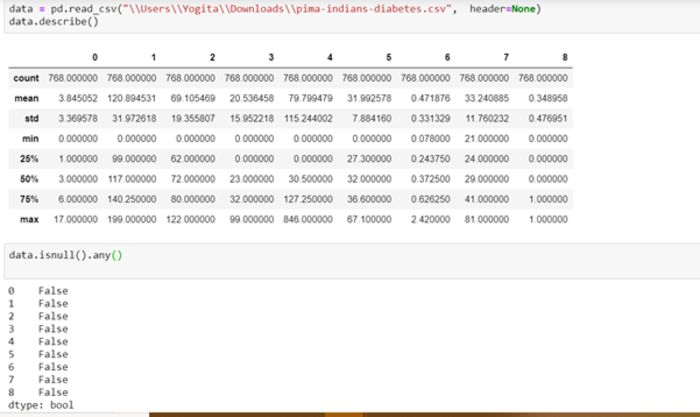 In this example, there are columns that have a minimum value of zero. On some columns, a value of zero does not make sense and indicates an invalid or missing value.

On analysing the features carefully, the following columns have an invalid zero minimum value:

It becomes clear on checking the number of zeros in these columns that columns 1,2 and 5 have few zero values, whereas columns 3 and 4 have a lot more.

Missing values in each of these columns may need different strategies. We could mark these zero values as NaN to highlight missing values so that they could be processed further.

There are three types of missing data:

MCAR: Missing Completely At Random. It is the highest level of randomness. This means that the missing values in any features are not dependent on any other features values. This is the desirable scenario in case of missing data.

MAR: Missing At Random. This means that the missing values in any feature are dependent on the values of other features.

MNAR: Missing Not At Random. Missing not at random data is a more serious issue and in this case, it might be wise to check the data gathering process further and try to understand why the information is missing. For instance, if most of the people in a survey did not answer a certain question, why did they do that? Was the question unclear?

What to do with the missing values?

In this method, cases which have missing values for one or more features are deleted. If the cases having missing values are small in number, it is better to drop them. Though this is an easy approach, it might lead to a significant decrease in the sample size. Also, the data may not always be missing completely at random. This may lead to biased estimation of parameters.

Imputation is the process of substituting the missing data by some statistical methods. Imputation is useful in the sense that it preserves all cases by replacing missing data with an estimated value based on other available information. But imputation methods should be used carefully as most of them introduce a large amount of bias and reduce variance in the dataset.

If the missing values in a column or feature are numerical, the values can be imputed by the mean of the complete cases of the variable. Mean can be replaced by median if the feature is suspected to have outliers. For a categorical feature, the missing values could be replaced by the mode of the column. The major drawback of this method is that it reduces the variance of the imputed variables. This method also reduces the correlation between the imputed variables and other variables because the imputed values are just estimates and will not be related to other values inherently.

The disadvantage of this method is that the identified independent variables would have a high correlation with the dependent variable by virtue of selection. This would result in fitting the missing values a little too well and reducing the uncertainty about that value. Also, this assumes that relationship is linear which might not be the case in reality.

Multiple imputations is an iterative method in which multiple values are estimated for the missing data points using the distribution of the observed data. The advantage of this method is that it reflects the uncertainty around the true value and returns unbiased estimates.

In summation, handling the missing data is crucial for a data science project. However, the data distribution should not be changed while handling missing data. Any missing data treatment method should satisfy the following rules:

Hope you enjoyed reading the blog!!

Originally published at https://www.edvancer.in on July 2, 2019.

Bio: Yogita Kinha is a competent professional with experience in R, Python, Machine Learning and software environment for statistical computing and graphics, hands on experience on Hadoop ecosystem, and testing & reporting in software testing domain.