What makes a song popular? Analyzing Top Songs on Spotify

With so many great (and not-so-great) songs out there, it can be hard to find those that match your musical preferences. Follow along this ML model building project to explore the extensive song data available on Spotify and design a recommendation engine that could help you discover your next favorite artist! 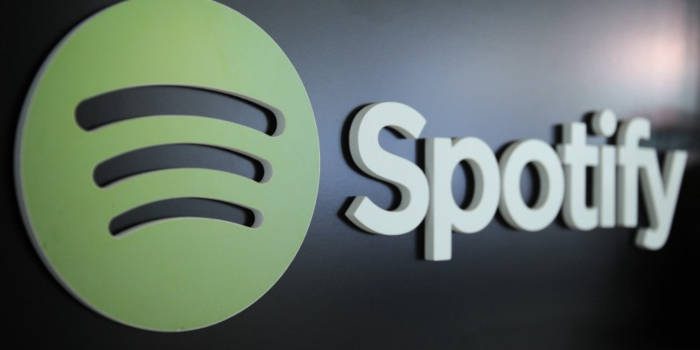 Spotify is one of the newest innovations to have come to audio listening and experience with over 125 million subscribers. Though the service has recently begun, it dominates Apple Music and Amazon music in the audio streaming market. From music, they have extended the audio service to Podcasts, Audiobooks, and so on. Spotify Trends helps any content creator/musician in order to understand what listeners prefer and how to compete in this immensely growing market.

The two purposes of this project are:

To attain this objective, it's important to start by doing exploratory analysis and achieve a few insights from data. Find out which features are highly correlated with the popularity attribute. The next step is to test different model algorithms and pick the best model based on key evaluation metric (R2 Score).

The dataset is taken from the Kaggle website. The data used in this was collected from Spotify’s Web API. This is basically a computer algorithm that Spotify has that can estimate various aspects of the audio file. More info on various attributes used in the dataset is found on this Spotify Developer page.

Some of the key attributes present in each event in the data are:

First off, we will look at how raw data looks like and then ensure data is in the usable format.

B. Exploring the dataset

The above visualization shows the variability of each metric in the dataset.

A couple of insights we can derive from the above correlation table:

1) As expected, popularity is highly correlated with the year released. This makes sense as the Spotify algorithm which makes this decision generates its “popularity” metric by not just how many streams a song receives but also how recent those streams are.

2) Energy also seems to influence a song’s popularity. Many popular songs are energetic, though not necessarily dance songs. Because the correlation here is not too high, low energy songs do have some potential to be more popular.

3) Acousticness seems to be uncorrelated with popularity. Most popular songs today have either electronic or electric instruments in them. It is very rare that a piece of music played by a chamber orchestra or purely acoustic band becomes immensely popular

4) Loudness and energy are highly correlated. This makes some sense, as energy is definitely influenced by the volume at which the music is being played.

5) Acousticness is highly negatively correlated with energy, loudness, and year.

6) Valence and danceability are highly correlated. Dance songs are usually happier and in a major key

Thus, from this data, it would be better for an artist to create a high-energy song with either electric instruments or electronic songs to have the best chance of generating the most popularity.

To see how each feature is affecting the popularity, please refer to my GitHub repository (link at the end).

Dakiti has the highest popularity rating by this graph but was released on October 30, 2020.

The Beatles popularity trend over the years.

E. Audio characteristics over the years

Audio characteristics over the years.

We need to design an ML Model that can predict the popularity based on the features available.

Feature selection: Choosing which features can be used in the model.

In order to select the most appropriate features for the model, I am making use of the yellow brick Feature Correlation Visualizer.

1) id: id is unique for each track, therefore it cannot assist a model and will be dropped.

2) name: There are 132,940 unique values. This is a bit of a problematic categorical feature to insert in a model and will be dropped.

3) release_date: Release date contains full date along with the year. So instead of keeping both the columns Release_date can be dropped, and year can be inserted into the model

Steps followed in the feature transformation are:

First, the data was split into a training (80%) and a test set (20%). With the help of Sklearn classes, this split can be made and fitted to the following model types:

The aim of these models is to fit and train the data and to test the accuracy of fit.

For the Decision Tree Regressor, I tried to plot RMSE for the test and train datasets and found out the most suitable value for the max_leaf_nodes parameter, which goes into the model. From the below plot, 176 seems to the best fit.

This is how the model was trained.

Using GridSearchCV to find the optimal hyperparameters for the decision tree to predict song popularity and improve accuracy, the code below is the snippet I used to find out the best parameters to tune the model.

The most challenging part was to explore these grid search parameters as the models took a bit longer than expected to run.

Generally, there are two main factors of interest when analyzing the fitting of models, Mean Absolute Error (MAE) and R2-score. The MAE measures the errors between paired observations. The lower the differences, the better the model performance.

The reason I chose the R2-score here is that we are working on the regressor model rather than the classifier model.

The R2-score function computes R². It provides a measure of how well future samples are likely to be predicted by the model. The best possible score is 1.0 and it can be negative (because the model can be arbitrarily worse). A constant model that always predicts the expected value of y, disregarding the input features, would get an R² score of 0.0.

Building a recommendation system where it recommends similar songs for any given song.

Here I used Neighbourhood Collaborative Filtering using the similarity metrics method. By calculating the Manhattan Distance using all numerical features available in the dataset, I found the neighbour songs which have relatively less distance.

Recommendations for “Canon in D.”

Recommendations for the song “Dynamite.”

Recommendations for the song “Lovely.”

Let’s take a step back and look at the whole journey.

You can follow along with the Jupyter notebooks from my GitHub repository. With the solution in mind, this will be the sequence of our workflow.

Bio: Sunku Sowmya Sree is a senior software engineer with 3+ years of experience, and started working as a Python developer who was later driven into Automation Testing and Development.