Learn how one data scientist increased their full-time job salary 14 times in 14 years of a career, with highlights on experiencing an IPO, RSUs, start-ups and working at FAANG companies. 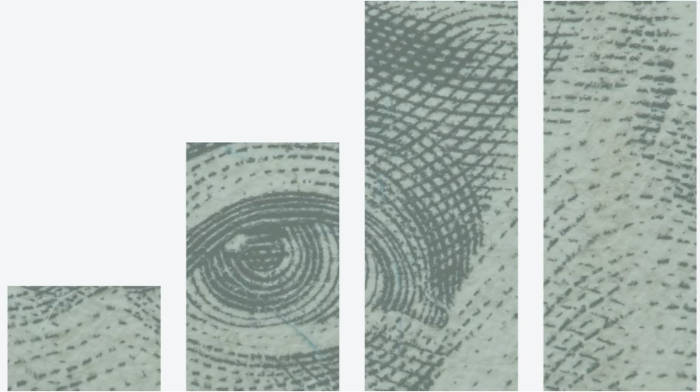 I had worked six corporate jobs before I left the last one at Apple in early 2021 to focus full time on instamentor and sqlpad: two side projects that I started during COVID.

But with tremendous tractions and growth, they require my full attention. I had no choice but to leave my cushy job at Apple.

Today, I am not talking about either instamentor or sqlpad, as they are still in their early stages, with plenty of time to dive into in the future.

Instead, I’d like to do a retrospect on my career so far and share a few stories on how I grew my corporate job income 14 times in the last 14 years.

And if I could do it, you definitely can.

2004: I came to the United States to study advanced mathematics after getting my bachelor’s degree from China.

I was lucky: the College of William and Mary’s Applied Science department generously offered me a full scholarship (I will forever be grateful, go Tribe!) and a part-time research assistant job with a handsome $1500 monthly stipend ($18k annually).

2006: My Ph.D. advisor decided to join another university to start a brand new academic program, and since it’s brand new, they didn’t have a Ph.D. student yet, so I could not move with him.

In retrospect, that was probably the best thing that ever happened during my graduate school study.

As Steve Jobs said, “you cannot connect dots looking forward, you can only connect them looking backward. So you have to trust that the dots will somehow connect in your future.”

And that’s what exactly happened.

However, as a researcher in data, you almost always wanted to have a larger data set: to develop a better statistical model and to learn more about the samples, which often lead to significantly better model performance.

I was panicked initially but soon realized I had two options, either find another Ph.D. advisor and finish my Ph.D. (which would surely make my parents proud) or leave the Ph.D. program, graduate with a Master's degree, and find a job.

I decided to quit my Ph.D. and started looking for jobs at the end of 2006.

I quickly got a few job interviews. In 2006, the US economy was really hot, with lots of jobs opportunities, the housing market had been booming in the last few years. Sounds familiar today, isn’t it?

I ended up accepting a data mining research (aka data analyst) job offer and relocated to Boston, with a whopping $70k annual salary.

I almost naively thought I would not be able to spend all that money, so without much hesitation, I bought a brand new SAAB 93to replace my 10-year-old Ford Escort.

Oh, was I shocked when I received my first paycheck and saw the amount of tax deducted, and it took me more than a year to pay off my car loan (~$27k).

But anyway, it was still much better than my previous job as a research assistant. I earned almost 4 times more, so life was great.

2008–2010: I switched a couple of jobs, moved to the west coast (Seattle, WA). I started at a new job at the then world’s largest online ads network company called Specific Media.

2013: Left Amazon and joined Chegg during its pre-IPO stage, with a $190k base salary and stock options worth millions (according to the hiring team).

(I also moved down to Silicon Valley and met so many amazing people afterward.)

Hey, who wouldn’t want to go IPO, get rich, and never have to work again?

But it turned out 2013 was a terrible year for IPOs.

Only a handful of companies went public that year, and almost all performed poorly on the stock market.

2014: I joined Apple (I had always been a fan of Apple products), so when Apple’s recruiter reached out on LinkedIn, I was exhilarated and worked very hard on my job interview preparation.

A few weeks later, I luckily passed their interview (it took more than 2 months overall due to the holiday season).

Even though I had to make a small base salary cut, I was well compensated on the RSUs and sign-on bonuses.

In my experience: my most significant salary increase from a corporate job comes from the Apple stock value appreciation, and I’ve seen the same thing happening to my former Amazon colleagues.

In my opinion, one of the most reliable approaches to make a half million or seven-figure income would be to join a FAANG company and stay there for at least four years to get all the initial RSUs vested.

Joining a pre-IPO company is quite fun and super exciting, but you may or may not be very successful financially speaking after the IPO (think about joining Uber in 2018, or WeWork in 2019).

A lot of factors, timing, and the general economic environment for investing all play a factor in your stock options after the IPO.

Still, I will never forget the company party the day Chegg was listed on New York Stock Exchange. It was such a great day!

Bio: Leon Wei (@DataLeonWei) is the founder of instamentor.com. Prior to this, he worked as  a senior manager of machine learning at Apple, where he built and hired a world-class machine learning team of data scientists, software engineers, data engineers, and product managers. Before to Apple, Leon was head of data science at Chegg, and also worked as a research scientist at Amazon to develop Amazon’s real time dynamic pricing engine.