What Makes Python An Ideal Programming Language For Startups

In this blog, we will discuss what makes Python so popular, its features, and why you should consider Python as a programming language for your startup. 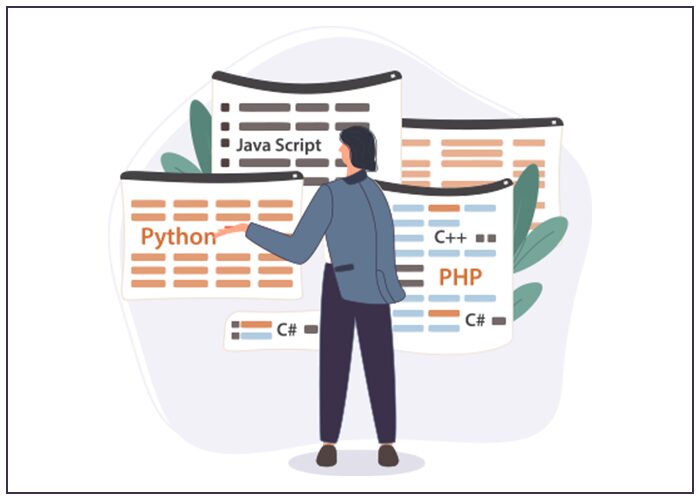 Startups must carefully consider the popularity of the language, budget, speed of development, libraries, integrations, scalability, stability, software security, and cost of developers before choosing a programming language. It is for this reason Python is often considered one of the best startup programming languages, as it satisfies all these requirements.

In this blog, we will discuss what makes Python so popular, its features, and why you should consider Python as a programming language for your startup.

Being in the market for 30 years now, Python has attracted more and more admirers in developer communities all over the world. Python is a powerful and high-level, object-oriented programming language known for building scalable and robust applications. Python lets companies develop a wide variety of applications, including web applications, software and game development, network programming, graphical user interfaces (GUIs), scientific and numeric applications, and more.

The TIOBE, Programming Community Index ranks Python as the first most popular programming language across the world as of November 2021.

Python was ranked second in June 2021 by the RedMonk Language Rankings, just behind JavaScript. The RedMonk rankings evaluate usages of languages based on a formula that examines Stack Overflow and GitHub. The world’s tech giants like Google, Facebook, Spotify, Netflix, IBM, and Dropbox all have major dependencies on Python.

The reports, researches, and usage clearly show that Python is still in demand and is also one of the top programming languages preferred by most companies and entrepreneurs around the world for their development projects. Now let’s see why so many people consider Python the best programming language for startups.

8 Reasons To Choose Python For Your Startup

Let’s dive a little deeper into what makes Python a fantastic choice for your startup.

Startups need the flexibility to grow and Python extends flexibility to scale your business applications. As Python is an object-oriented language it supports a variety of programming paradigms. Using Django, a popular framework of Python businesses can easily create highly scalable apps that are easy to maintain. Django framework consists of a series of components that can be decoupled which means the components can easily be altered, removed, and even replaced as per the project’s requirements.

Python is the fastest-growing programming language and has already achieved substantial popularity. Major league players like Google, Quora, and Instagram rely on code written in Python. By now you must now have understood the popularity of Python and its huge following.

Python is simple and quite easy to learn as compared to other programming languages like C++ or Java. It has a clean and structured code base, which makes it easy for developers to update and maintain the applications. As a result, making it one of the most user-friendly languages among the developer community.

Python supports all the major operating systems and architectures. It’s a multipurpose language that can be used for various projects, right from web development to data science. It can operate on a variety of platforms that includes Windows, Linux, UNIX, and Macintosh. Python can be used to develop a wide variety of applications right from web applications to science, Machine learning (ML), and other big data computing systems. The rise of data science and machine learning is a major driver in the growth of Python as a programming language.

Python is an open-source programming language which means it can be improved by anyone in the community. It also means Python can be implemented for any project you need and further can be modified as per your project scope.

It is important for a programming language to be backed up by a strong community that provided extensive supports to its users. The Python community is continuously working to improve the language’s core functionality and features. You will always have quick support and solutions for the problems that you may encounter during the development journey.

Being a startup, you want to quickly test ideas among the project’s audience or attract investors. Python is a good choice for building Minimum Viable Product (MVP) due to its robust and rapid development which helps startups with quick iterations. It comes with built-in packages and modules that help to pace up the product completion process. With Python, it’s possible to create the same set of functionalities with fewer lines of code which turns out to be quite time-efficient for startups. Python helps you to build a fully functional prototype in weeks, not in months. Hence, it is a perfect choice for creating MVP.

If your startup is looking to innovate in AI, ML, and data science space, Python can be a great choice for this purpose. Python has an extensive and mature collection of libraries, extensibility, ease of use, and wide adoption within the scientific community. It is the perfect choice for all types of development associated with big data, machine learning, and artificial intelligence. This is because it has powerful packages intended for these types of tasks and wide possibilities for data visualization through APIs.

So should you Python for your startup?

Python is a good fit for startups, it excels in all these areas and overcomes any challenge with efficiency, speed, and quality unmatched by any other language. Python’s features make it an excellent choice for big enterprises as well as startups.

Bio: Nikita Bajaj has experience working with SaaS, IT, Travel, Software, e-commerce, and digital marketing companies in the past. She has extensive experience in developing data-driven marketing campaigns and strategies. She leads marketing teams and has been successful in attracting prospects through content marketing strategies and social media channels.