If you don’t already know a programming language, or if you’re deciding to choose another language, have a read and see if Python is for you. 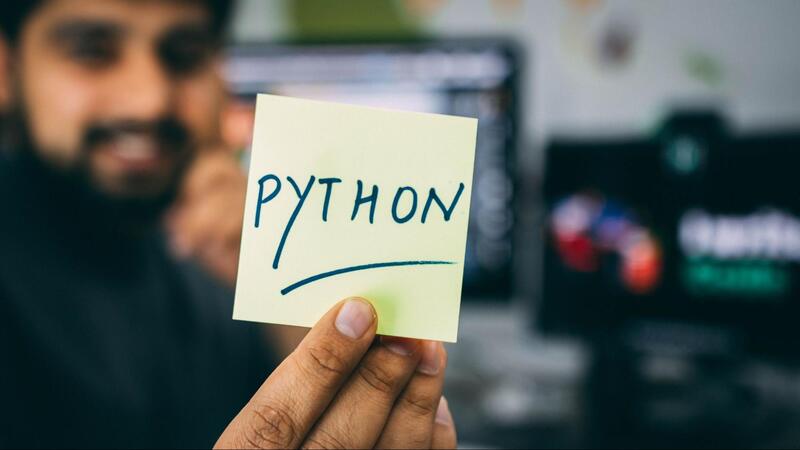 The more conversations I have with other developers, the more popular Python is getting. When I first started coding, when asked what programming language I use, and I would reply “Python”. I would get various responses such as ‘Oh cool, I need to learn Python’ or ‘I use R, how is Python?’

Now when I get asked what programming language I use, the responses are a bit different. I get ‘Ah yes, I've been learning Python, from using R’ or ‘Yes, Python is one of the best at the moment’.

In the space of a few years, my conversations surrounding Python have changed, for the better! I have worked with colleagues who don’t have any experience using python and are tired of their current programming language taking them so long.

And this is why I am writing this article to give you reasons why you need to learn python in 2022. If you don’t already know a programming language, or if you’re deciding to choose another language, have a read and see if Python is for you.

Python first appeared on the 20th of February 1991. It was created by Dutch programmer Guido van Rossum. The design of Python was heavily emphasized on the easy readability of code with the use of significant indentation. The construction of the language and object-oriented approach helps new and current programmers write clear and understanding code, from small projects to large projects, to using small data to big data.

31 years later, Python is considered one of the best programming languages today.

For many years, people have been put off by the complexity of learning a programming language. However, this was Guido van Rossum's aim when he was creating Python, for it to be a general-purpose language.

The simplicity of Python’s syntax is very welcoming to beginners and newcomers to learn as well as the comfortability for amateur developers to be able to read and understand it.

Python is much faster to learn than almost any other programming language, making it more popular by the day.

Python can be applied in nearly any environment, for example, applications, web development, software development, and more. This makes it very popular, as people who know python can kill two birds with one stone. Or can kill 3, 4, 5, and more…

There is no programmer out there that knows everything. Something changes in the world of developers every day; if it is new software, a new tool, the update of a new library, and more.

With Python becoming more and more popular, the need for essential documentation and support has exceptionally grown to help Python developers solve unexpected issues, and more.

There is so much documentation, tutorials, guides, and courses around the Python language. There are currently 1,926,748 questions tagged under Python on StackOverflow.

You can check out other platforms such as Github, Youtube, Medium, and more.

The beauty of programming and being a developer is that there are libraries and frameworks put in place so that you don’t have to do everything from scratch. These pre-built components contain useful and readable code that you can implement into your programs.

Popular frameworks and libraries in Python include:

You may hear people who specialize in a different programming language ask ‘Why is Python so slow?’. Although this article is about why you need to learn Python, the truth is that in comparison to other programming languages, Python is slow. However, it doesn’t matter how long it takes; the focus today is the importance of development time.

Internet of Things is a system of internet-connected devices, such as computer devices, digital machines, objects, and more. It is the ability to transfer data over a network without requiring human-to-human or human-to-computer interaction.

These small, internet-connected devices support either Python or Micropython, allowing us to make small adjustments to the code, as well as customize to fit specific needs

As we interact with inter-connected devices on a daily basis; users are starting to realize the importance of understanding Python, as it is a useful language to learn and understand in order to utilize the IoT.

Due to its ever-growing popularity, Python has become the go-to programming language to learn in schools, colleges, and companies taking on graduates and other forms of learning.

Most university courses are taught in Python, or highly adopt it. The majority of certified bootcamps and courses use Python. You will see more and more companies adopting Python, more than any other programming language.

Google has been using Python since 2006, and since then they have been curating many Python courses for aspiring developers. Other big companies are Facebook and Amazon Web Services.

When big tech companies who people have confidence in start using a particular programming language, it becomes more popular and highly trusted. That’s what happened with C# which was used by Microsoft, PHP which was used by Facebook, and more.

One of the beauty’s of python is it’s ability to automate tasks. With the variety of tools and modules available, Python can take the most complex tasks and make them simple, helping to automate these repetitive, time-consuming tasks. This allows developers to focus their time and energy on other tasks that require more manual intervention.

Python has become an industry gold standard for automation. Developers who work with other programming languages still refer back to using Python when automating scripts.

The Python programming language has a solution for nearly every sector, from Machine Learning, AI, Web Development, and Game Development. These can all be applied to different fields, from Finance, Fashion to Beauty. There are many tasks where Python would be considered as the most suitable programming language.