It is called Adaptive Boosting due to the fact that the weights are re-assigned to each instance, with higher weights being assigned to instances that are not correctly classified - therefore it ‘adapts’.

By Nisha Arya, KDnuggets on October 17, 2022 in Machine Learning 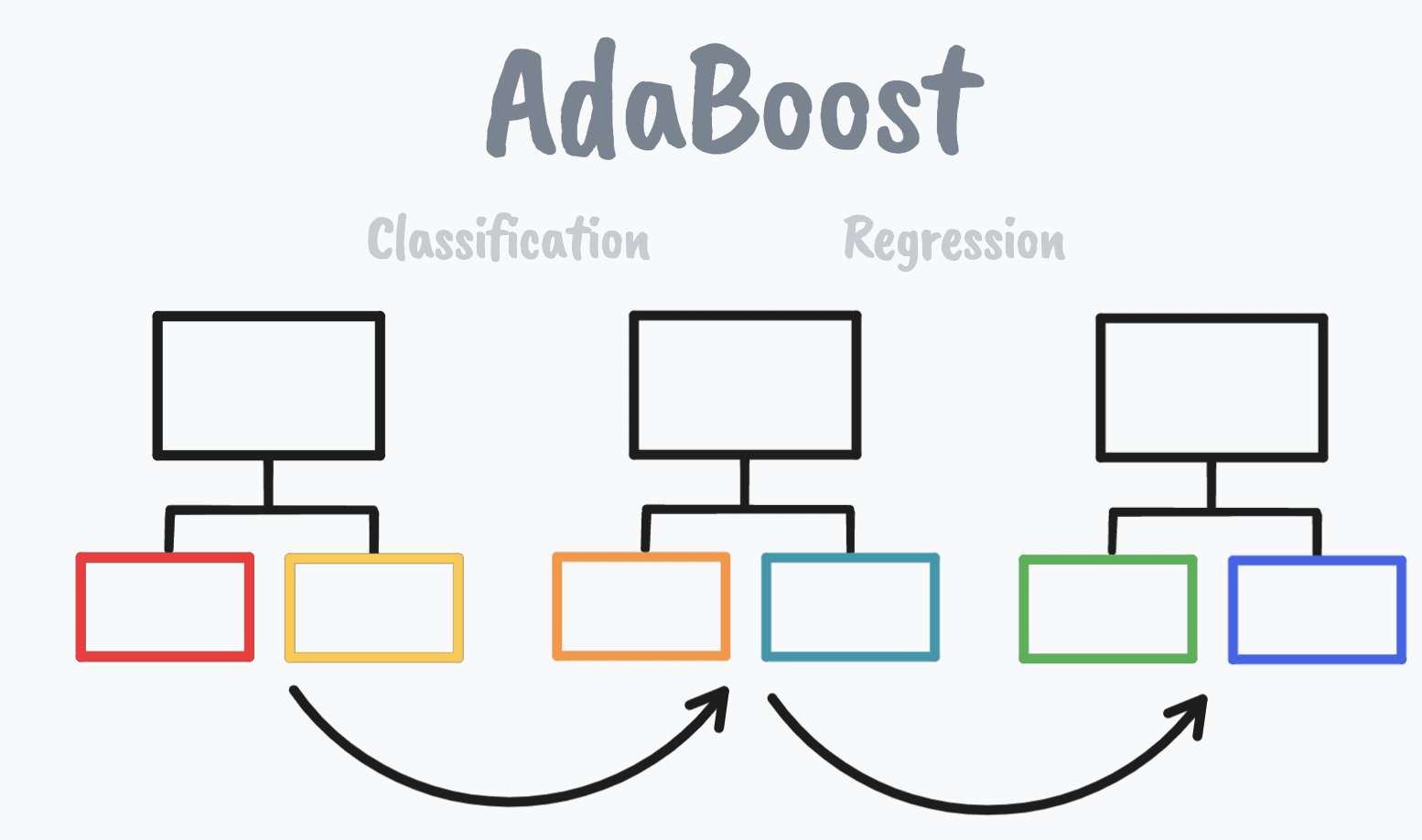 The AdaBoost algorithm, short for Adaptive Boosting, is a type of Boosting technique that is used as an Ensemble Method in Machine Learning. It is called Adaptive Boosting due to the fact that the weights are re-assigned to each instance, with higher weights being assigned to instances that are not correctly classified - therefore it ‘adapts’.

If you want to learn more about Ensemble Methods and when to use them, read this article: When Would Ensemble Techniques be a Good Choice?

Boosting is a method that comes under ensemble machine learning algorithms and is used to reduce errors in predictive data analysis. It does this by combining the predictions of weak learners. Boosting was more of a theoretical concept before it became a practical concept.

If you would like to know more about Boosting, read this article: Boosting Machine Learning Algorithms: An Overview

What is a weak learner? A weak learner refers to a simple model that has a somewhat level of skill and does slightly better than random chance.

What is a Stump? With tree-based algorithms, a node with two leaves is known as a Stump. Weak learners are almost always stumps.

How does AdaBoost work?

The AdaBoost algorithm uses short decision trees, during the data training period. The instances that are incorrectly classified are given priority and are used as inputs for the second model - known as weak learners. This process happens again and again until the model attempts to correct the predictions made by the model before.

The ideas behind AdaBoost:

Scikit-Learn provides ensemble methods using a Python machine learning library that implements AdaBoost. AdaBoost can be used both for classification and regression problems, so let’s look into how we can use Scikit-Learn for these types of problems.

The aim of the AdaBoost classifier is to start off with fitting a classifier on the original dataset for the task at hand and then fit additional classifiers where the weights of incorrectly classified instances are adjusted.

These are the parameters:

You can learn more about them and their attributes here.

Let’s see it as an example:

Encode malignant to 1 and benign to 0:

The aim of the AdaBoost regressor is to start off with fitting a regressor on the original dataset for the task at hand and then fit additional regressors where the weights have been adjusted based on the current prediction error.

These are the parameters:

Let’s see it as an example:

If you want to learn more about ensemble methods and how you can make better predictions using the techniques: bagging, boosting, and stacking - check out the MachineLearningMastery book: Ensemble Learning Algorithms With Python

Josh Starmer, the Statistics and Machine Learning Guru helped me to better understand AdaBoost through this video: AdaBoost, Clearly Explained