Data scientists, the elusive kingpins in the Big Data movement, are earning base salaries of well over $200K, are younger, overwhelmingly male, have at least a master’s degree and probably a Ph.D., and one in three are foreign born, according to the first-ever study looking at salaries, education levels, gender and geographical location of this new profession. Almost half of all data scientists are on the West Coast working for technology and gaming companies.

“Data scientists are an elite breed, a true four-leaf clover of talent, capable of merging and structuring huge amounts of data from various sources,”

says Linda Burtch, managing partner of Burtch Works, the executive search firm which conducted the study. “It is only in recent years that data storage has become sufficiently inexpensive that many firms have begun to save enormous sets of unstructured data, and many firms have begun to employ data scientists.  Businesses will need to use unique strategies to find and keep the talent necessary to truly tap the potential of Big Data.” 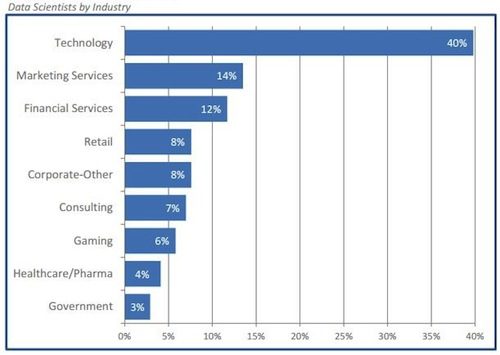 While there is no available number of employed data scientists, it could be estimated that only 4,000 to 6,000 individuals are filling this role in the country.

(See also KDnuggets post How Many Data Scientists are out there? which gives different estimates) 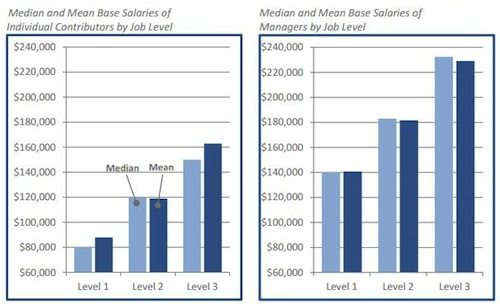 “The profession of data science has emerged to solve the peculiar computing and analysis problems of data that are not only big but also unstructured and messy,” says Burtch. “Unlike other analysts, data scientists know how to use tools invented specifically to store and retrieve massive amounts of data efficiently, tools such as Hadoop, Pig and Hive. More so than other analysts, they are proficient with methods for distinguishing the useful from the useless in messy data, such as data visualization and pattern recognition.”

The study finds that firms outside of the West Coast and the technology industry are fighting an uphill battle to hire data scientists, which means that offering interesting problems to solve, competitive salaries, and having a buttoned up, swift recruiting process is critical in order to land these candidates.  Like other Big Data professionals, many data scientists are foreign-born, so companies that are serious about hiring this talent need to be open to transferring or sponsoring visas.

“It’s not only data scientists who need a foundation in quantitative problem solving and analytics,” adds Burtch. “Business professionals of all types need to have at least a basic mathematical foundation in order to compete today, evidenced by the trend of MBA’s returning to school for additional education in predictive analytics. In 15 years, those who can’t tackle quantitative business problems will be given a permanent pink slip.”

The study of 171 data scientists was conducted by Burtch Works, an Evanston, Ill.-based executive recruiting firm which specializes in the placement of quantitative business professionals, now one of America’s hottest job segments due to demand for Big Data professionals. Phone interviews were held with each participant during the past 30 months.  A full copy of the study can be found at www.burtchworks.com (requires a short registration form).