Winshuttle, an ERP Usability company, recently created an interactive timeline on the history of Big Data, working with Gil Press @gilpress of Forbes.com to collect and organize the information.

The timeline displays a pictorial history of data storage as early as the 1930s, when it began to explode, the introduction of computers, business breakthroughs, future data predictions and more.

It marks 1880s as the Start of Information Overload. The 1880 U.S. Census took eight years to tabulate. US Census is taken every 10 years and it was estimated that with the technology available then, the 1890 census would take more than 10 years. This led to the invention of the Hollerith Tabulating machine which was the precursor to IBM.

Here are some selected highlights from the timeline: 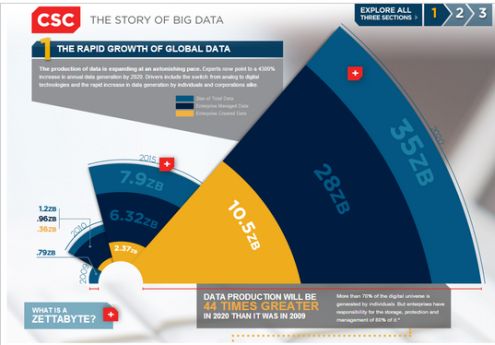 See the timeline at