In statistical modeling, there are various algorithms to build a classifier, and each algorithm makes a different set of assumptions about the data. For Big Data, it pays off to analyze the data upfront and then design the modeling pipeline accordingly.

When dealing with small amounts of data, it’s reasonable to try as many algorithms as possible and to pick the best one since the cost of experimentation is low. But as we hit “big data”, it pays off to analyze the data upfront and then design the modeling pipeline (pre-processing, modeling, optimization algorithm, evaluation, productionization) accordingly.

As pointed out in my previous post, there are dozens of ways to solve a given modeling problem. Each model assumes something different, and it’s not obvious how to navigate and identify which assumptions are reasonable. In industry, most practitioners pick the modeling algorithm they are most familiar with rather than pick the one which best suits the data. In this post, I would like to share some common mistakes (the don't-s). I’ll save some of the best practices (the do-s) in a future post.

When building a binary classifier, many practitioners immediately jump to logistic regression because it’s simple. But, many also forget that logistic regression is a linear model and the non-linear interaction among predictors need to be encoded manually. Returning to fraud detection, high order interaction features like "billing address = shipping address and transaction amount < $50" are required for good model performance. So one should prefer non-linear models like SVM with kernel or tree based classifiers that bake in higher-order interaction features.

Outliers are interesting. Depending on the context, they either deserve special attention or should be completely ignored. Take the example of revenue forecasting. If unusual spikes of revenue are observed, it's probably a good idea to pay extra attention to them and figure out what caused the spike. But if the outliers are due to mechanical error, measurement error or anything else that’s not generalizable, it’s a good idea to filter out these outliers before feeding the data to the modeling algorithm. 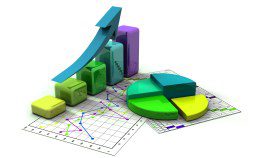 Some models are more sensitive to outliers than others. For instance, AdaBoost might treat those outliers as "hard" cases and put tremendous weights on outliers while decision tree might simply count each outlier as one false classification. If the data set contains a fair amount of outliers, it's important to either use modeling algorithm robust against outliers or filter the outliers out.