A Beginner’s Guide to Neural Networks with R!

I'm Jose Portilla and teach thousands of students on Udemy about Data Science and Programming and I also conduct in-person programming and data science training. Check out the end of the article for discount coupons on my courses!

Once we have the output we can compare it to a known label and adjust the weights accordingly (the weights usually start off with random initialization values). We keep repeating this process until we have reached a maximum number of allowed iterations, or an acceptable error rate.

To create a neural network, we simply begin to add layers of perceptrons together, creating a multi-layer perceptron model of a neural network. You'll have an input layer which directly takes in your feature inputs and an output layer which will create the resulting outputs. Any layers in between are known as hidden layers because they don't directly "see" the feature inputs or outputs. For a visualization of this check out the diagram below (source: Wikipedia). 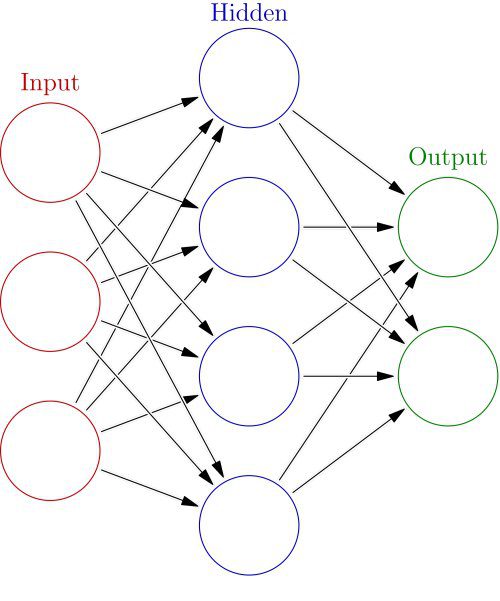 Let's move on to actually creating a neural network in R!

We'll use ISLR's built in College Data Set which has several features of a college and a categorical column indicating whether or not the School is Public or Private.

It is important to normalize data before training a neural network on it. The neural network may have difficulty converging before the maximum number of iterations allowed if the data is not normalized. There are a lot of different methods for normalization of data. We will use the built-in scale() function in R to easily accomplish this task.

Usually it is better to scale the data from 0 to 1, or -1 to 1. We can specify the center and scale as additional arguments in the scale() function. For example: