AI is a Big Fat Lie

Is AI legit? This treatise by Eric Siegel, which ridicules the widespread myth of artificial intelligence, is enlightening and actually pretty funny. It's time for the term AI to be “terminated.”

Note: This article is based on a transcript from The Dr. Data Show. AI is a big fat lie. Artificial intelligence is a fraudulent hoax — or in the best cases it’s a hyped-up buzzword that confuses and deceives. The much better, precise term would instead usually be machine learning – which is genuinely powerful and everyone oughta be excited about it.

On the other hand, AI does provide some great material for nerdy jokes. So put on your skepticism hat, it's time for an AI-debunkin', slam-dunkin', machine learning-lovin', robopocalypse myth-bustin', smackdown jamboree – yeehaw!

Neural Networks for the Win

In the movie “Terminator 2: Judgment Day,” the titular robot says, “My CPU is a neural net processor, a learning computer.” The neural network of which that famous robot speaks is actually a real kind of machine learning method. A neural network is a way to depict a complex mathematical formula, organized into layers. This formula can be trained to do things like recognize images for self-driving cars. For example, watch several seconds of a neural network performing object recognition. 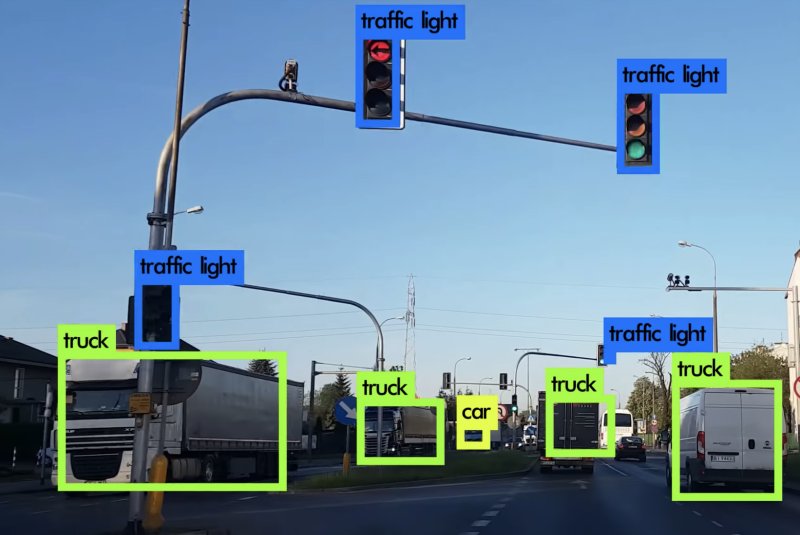 What you see it doing there is truly amazing. The network’s identifying all those objects. With machine learning, the computer has essentially programmed itself to do this. On its own, it has worked out the nitty gritty details of exactly what patterns or visual features to look for. Machine learning's ability to achieve such things is awe-inspiring and extremely valuable.

The latest improvements to neural networks are called deep learning. They're what make this level of success in object recognition possible. With deep learning, the network is quite literally deeper – more of those layers. However, even way way back in 1997, the first time I taught the machine learning course, neural networks were already steering self-driving cars, in limited contexts, and we even had our students apply them for face recognition as a homework assignment. 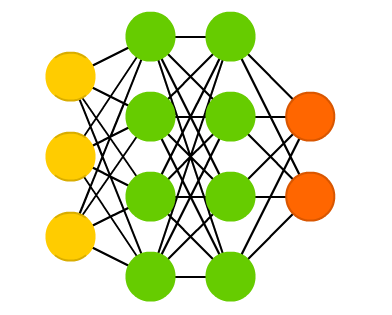 The architecture for a simple neural network with four layers.

But the more recent improvements are uncanny, boosting its power for many industrial applications. So, we've even launched a new conference, Deep Learning World, which covers the commercial deployment of deep learning. It runs alongside our long-standing machine learning conference series, Predictive Analytics World. 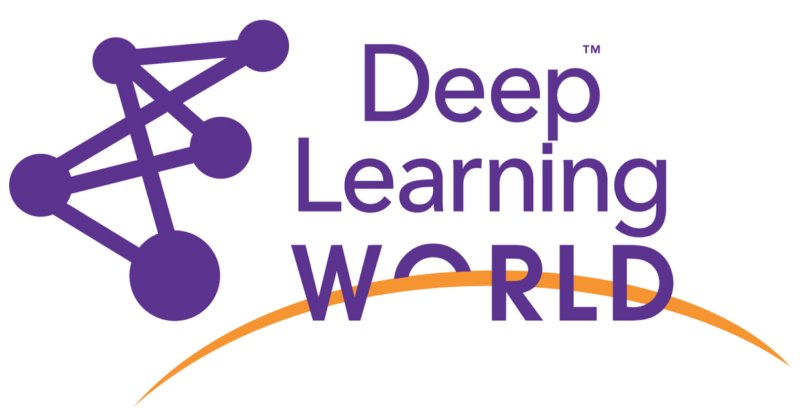 Deep Learning World, a conference on the commercial deployment of deep neural networks.

So, with machines just getting better and better at humanlike tasks, doesn't that mean they're getting smarter and smarter, moving towards human intelligence?

No. It can get really, really good at certain tasks, but only when there's the right data from which to learn. For the object recognition discussed above, it learned to do that from a large number of example photos within which the target objects were already correctly labeled. It needed those examples to learn to recognize those kinds of objects. This is called supervised machine learning: when there is pre-labeled training data. The learning process is guided or “supervised” by the labeled examples. It keeps tweaking the neural network to do better on those examples, one incremental improvement at a time. That's the learning process. And the only way it knows the neural network is improving or “learning” is by testing it on those labeled examples. Without labeled data, it couldn't recognize its own improvements so it wouldn’t know to stick with each improvement along the way. Supervised machine learning is the most common form of machine learning.

Here's another example. In 2011, IBM's Watson computer defeated the two all-time human champions on the TV quiz show Jeopardy. I’m a big fan. This was by far the most amazing thing I've seen a computer do – more impressive than anything I'd seen during six years of graduate school in natural language understanding research. Here’s a 30-second clip of Watson answering three questions. 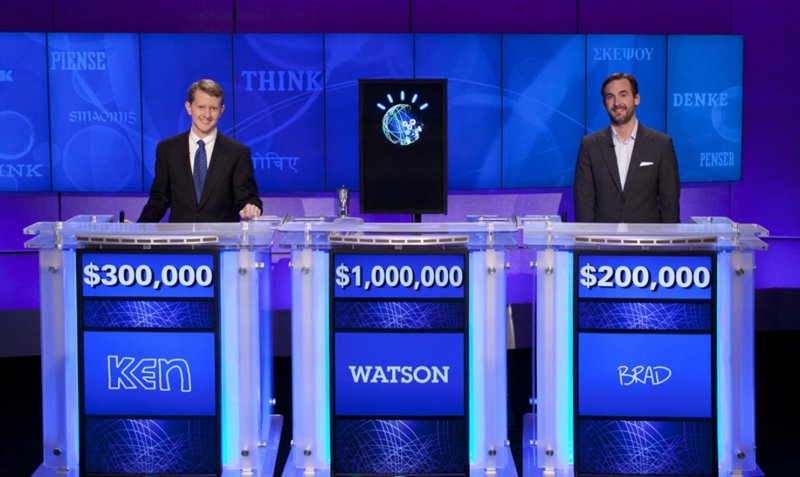 To be clear, the computer didn't actually hear the spoken questions but rather was fed each question as typed text. But its ability to rattle off one answer after another – given the convoluted, clever wording of Jeopardy questions, which are designed for humans and run across any and all topics of conversation – feels to me like the best "intelligent-like" thing I've ever seen from a computer.

But the Watson machine could only do that because it had been given many labeled examples from which to learn: 25,000 questions taken from prior years of this TV quiz show, each with their own correct answer.

At the core, the trick was to turn every question into a yes/no prediction: "Will such-n-such turn out to be the answer to this question?" Yes or no. If you can answer that question, then you can answer any question – you just try thousands of options out until you get a confident "yes." For example, "Is 'Abraham Lincoln' the answer to 'Who was the first president?'" No. "Is 'George Washington'?" Yes! Now the machine has its answer and spits it out.

And there's another area of language use that also has plentiful labeled data: machine translation. Machine learning gobbles up a feast of training data for translating between, say, English and Japanese, because there are tons of translated texts out there filled with English sentences and their corresponding Japanese translations.

In recent years, Google Translate – which anyone can use online – swapped out the original underlying solution for a much-improved one driven by deep learning. Go try it out – translate a letter to your friend or relative who has a different first language than you. I use it a lot myself.

On the other hand, general competence with natural languages like English is a hallmark of humanity – and only humanity. There's no known roadmap to fluency for our silicon sisters and brothers. When we humans understand one another, underneath all the words and somewhat logical grammatical rules is "general common sense and reasoning." You can't work with language without that very particular human skill. Which is a broad, unwieldy, amorphous thing we humans amazingly have.

So our hopes and dreams of talking computers are dashed because, unfortunately, there's no labeled data for "talking like a person." You can get the right data for a very restricted, specific task, like handling TV quiz show questions, or answering the limited range of questions people might expect Siri to be able to answer. But the general notion of "talking like a human" is not a well-defined problem. Computers can only solve problems that are precisely defined.

So we can't leverage machine learning to achieve the typical talkative computer we see in so many science fiction movies, like the Terminator, 2001's evil HAL computer, or the friendly, helpful ship computer in Star Trek. You can converse with those machines in English very much like you would with a human. It's easy. Ya just have to be a character in a science fiction movie. 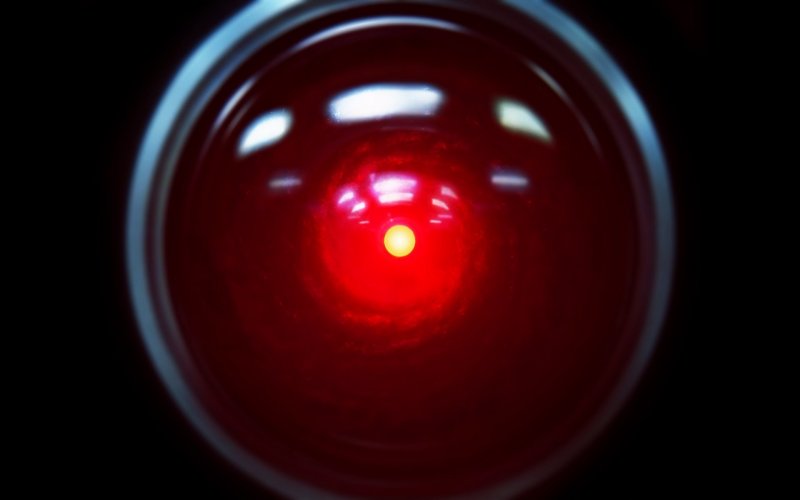 Intelligence Is Subjective, So AI Has No Real Definition

Now, if you think you don't already know enough about AI, you're wrong. There is nothing to know, because it isn't actually a thing. There's literally no meaningful definition whatsoever. AI poses as a field, but it’s actually just a fanciful brand. As a supposed field, AI has many competing definitions, most of which just boil down to "smart computer." I must warn you, do not look up “self-referential” in the dictionary. You'll get stuck in an infinite loop. 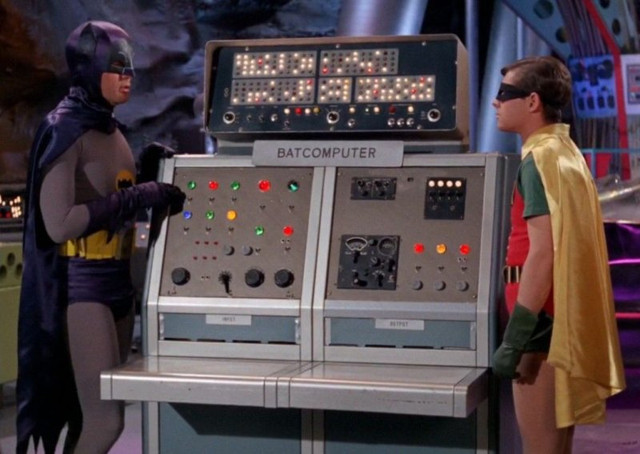 Many definitions are even more circular than “smart computer,” if that's possible. They just flat out use the word "intelligence" itself within the definition of AI, like "intelligence demonstrated by a machine."

If you've assumed there are more subtle shades of meaning at hand, surprise – there aren't. There's no way to resolve how utterly subjective the word "intelligence" is. For computers and engineering, “intelligence” is an arbitrary concept, irrelevant to any precise goal. All attempts to define AI fail to solve its vagueness.

Now, in practice the word is often just – confusingly – used as a synonym for machine learning. But as for AI as its own concept, most proposed definitions are variations of the following three:

By the way, the points in this article also apply to the term “cognitive computing,” which is another poorly-defined term coined to allege a relationship between technology and human cognition.