For the 2019 international women's day, we profile a new set of 19 inspiring women who lead the field in AI, Big Data, Data Science, and Machine Learning fields.

comments
In honor of International Women's Day on March 8, we bring you the profiles of 19 inspiring women in AI, Big Data, Data Science, and Machine Learning. The number of women in this field has been relatively low, but I believe that AI and Machine Learning can only benefit from increasing diversity and participation of women.

I hope that the examples of the amazing women below will continue to inspire more women to join this field.

Check also our 2018 post 18 Inspiring Women In AI, Big Data, Data Science, Machine Learning. That post was quite popular, but we received many comments about other inspiring women not included in that list.

So here is a brand new 2019 list of more amazing women in this field. 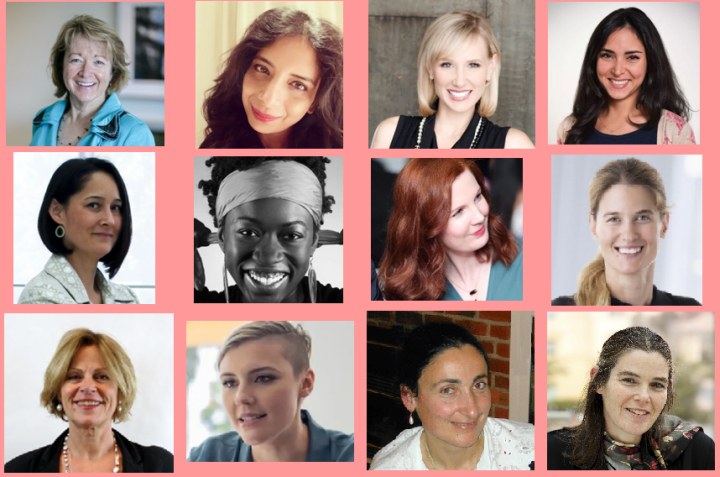 Libby Duane Adams, the Chief Customer Officer and founding partner of Alteryx, which provides an end-to-end analytics platform that is revolutionizing analytics across the enterprise for analysts and data scientists alike.

Anima Anandkumar, @AnimaAnandkumar, Director of research at NVIDIA and Bren Professor at Caltech. Until recently, she was a principal scientist at Amazon Web Service, where she has enabled machine learning on the cloud infrastructure. She has is a leading researcher in tensor-algebraic methods, non-convex optimization, probabilistic models and deep learning.

Anna Anisin, @annaontheweb, is the Founder of Formulated.by; Community Entrepreneur; Contributor to Forbes; organizer of Data Science Salon series of conferences and was Named Tech Industry Insider by CNN.

Cynthia Breazeal, Founder & Chief Scientist, Jibo; Assoc. Professor of Media Arts and Sciences, MIT Media Lab; She is a pioneer of Social Robotics and Human Robot Interaction. She authored the book Designing Sociable Robots, and she has published over 100 peer-reviewed articles on AI, Robots, Human Robot Interaction, and related topics.

Joy Buolamwini, @jovialjoy, is a poet of code who uses art and research to illuminate the social implications of AI. She founded the Algorithmic Justice League to fight the harmful bias in AI. At the MIT Media Lab, she pioneered techniques that are now leading to increased transparency in the use of facial analysis technology globally. She was on Forbes 30 under 30 & Top 50 Women in Tech.

Kate Crawford, @katecrawford, is a leading researcher, professor and author who has spent the last decade studying the social implications of data systems, machine learning and AI. She co-founded AI Now Institute at NYU, and is a Principal Researcher MSR-NYC and Distinguished Research Professor at NYU.

Sanja Fidler is an Assistant Professor at U. of Toronto, and a Director of AI at NVIDIA. Her research interests are 2D and 3D object detection, particularly scalable multi-class detection, object segmentation and image labeling, and (3D) scene understanding. She was awarded Canada CIFAR AI Chair in 2018.

Fosca Giannotti, is a director of research of computer science at the Information Science and Technology Institute and leads the Pisa KDD Lab - Knowledge Discovery and Data Mining Laboratory/, founded in 1994 as one of the earliest research lab centered on data mining. Fosca is a pioneering scientist in mobility data mining, social network analysis and privacy-preserving data mining. She has coordinated tens of European projects and industrial collaborations and is now the coordinator of SoBigData, the European research infrastructure on Big Data Analytics and Social Mining.

Katherine Gorman, @kgorman, is the founding Executive Producer and co-host of the machine intelligence podcast, Talking Machines @TlkngMchns. In 2016 and 2017 she served as a curator and host for TedXBoston around research in machine learning and AI, and in 2017 Katherine helped the NeurIPS conference to develop and implement their media strategy and served as press co-chair for both NeurIPS and ICML.

Isabelle Guyon, is independent consultant who specializes in Machine Learning and Statistical Data Analysis. She worked at Bell Labs where she co-discovered Support Vector Machines with Vladimir Vapnik in 1990s. Her research projects include Optimum Margin Classifiers and Support Vector Machines, Fingerprint verification, Gene selection, Handwriting Recognition and Pen Computing. She has organized many workshops and challenges at NIPS (now NeurIPS) and other conferences.

Daphne Koller is currently a Founder and CEO of insitro, which integrate cutting-edge ML techniques with the ground-breaking innovations in life sciences. She was a professor of CS and Pathology at Stanford and received MacArthur ("genius") fellowship, ACM/Infosys award, and many other honors. She co-founded Coursera with Andrew Ng in 2012. Her general research area is AI and its applications in the biomedical sciences.

Rana el Kaliouby, @kaliouby, is CEO and co-founder of Affectiva. She was a young Global Leader at World Economic Forum, included in Fortune 40 under 40. Her field is expression recognition research and technology development to identify the emotions expressed by the face.

Katharina Morik is a full professor for CS at the TU Dortmund University, Germany. She is a leading researcher in machine learning, inductive logic programming, statistical learning, and analysis of very large data collections. She is a member of the National Academy of Science and Engineering and the North-Rhine-Westphalia Academy of Science and Art. She is the author of more than 200 papers in leading conferences and journals. Her latest results include spatio-temporal random fields and integer Markov random fields, both allowing for complex graphical models under resource constraints.

Daniela Rus, is the Andrew and Erna Viterbi Professor of EECS and Director of the CS and AI Laboratory (CSAIL) at MIT. Her research interests are in robotics, mobile computing, and data science. She is a MacArthur Fellow, a fellow of ACM, AAAI and IEEE, and a member of the National Academy of Engineering, and the American Academy for Arts and Science.

Kate Strachnyi, @storybydata is the author of The Disruptors: Data Science Leaders and Journey to Data Scientist and currently working on a few new books. She is a Host of Datacated Weekly; a project dedicated to helping others learn about various topics in the data realm. She was no. 2 in LinkedIn list of Top Voices in Data Science and Analytics in 2018.

Latanya Sweeney is a Professor of Government and Technology at Harvard. Latanya creates and uses technology to assess and solve societal, political and governance problems, and teaches others how to do the same. One focus area is data privacy, and she is the Director of the Data Privacy Lab in IQSS at Harvard. Professor Sweeney is an elected fellow of the American College of Medical Informatics, with almost 100 academic publications, 3 patents, explicit citations in 2 government regulations, and 3 company spin-offs.

Rachel Thomas, @math_rachel, was selected by Forbes as one of "20 Incredible Women in AI", was an early engineer at Uber, and earned her math PhD at Duke. She is a co-founder of fast.ai, which created the "Practical Deep Learning for Coders" course that over 200,000 students have taken. Rachel is a popular writer and keynote speaker.

Sandra Wachter, @SandraWachter5, is a lawyer and Research Fellow in Data Ethics, AI, robotics and Internet Regulation/cyber-security at the Oxford Internet Institute.