This post explores an technique for collaborative filtering which uses latent factor models, a which naturally generalizes to deep learning approaches. Our approach will be implemented using Tensorflow and Keras.

In a previous post, we looked at neighborhood-based methods for building recommender systems. This post explores an alternative technique for collaborative filtering using latent factor models. The technique we’ll use naturally generalizes to deep learning approaches (such as autoencoders), so we’ll also implement our approach using Tensorflow and Keras. 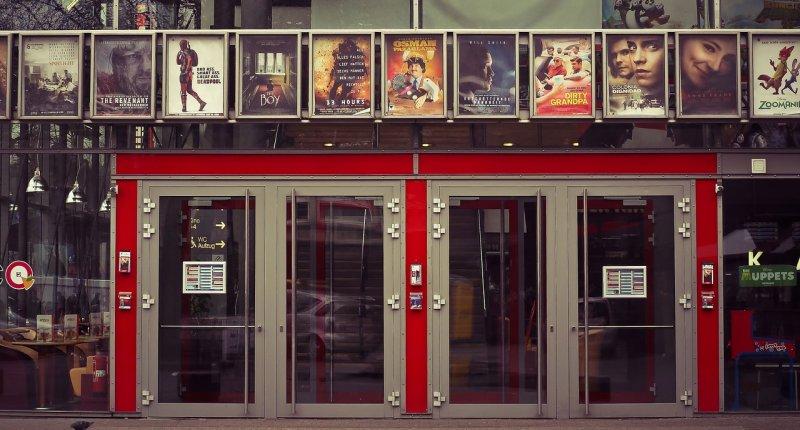 We’ll re-use the same MovieLens dataset for this post that we worked on last time for our collaborative filtering model. GroupLens has made the dataset available here.

First, let’s load in this data:

Let’s take a quick look at the top 20 most-viewed files:

Collaborative filtering models typically work best when each item has a decent number of ratings. Let’s restrict to only the 500 most popular films (as determined by number of ratings). We’ll also reindex by movieid and userid:

This produces a “preference rating”

is exactly what we would guess if all we knew was the average overall ratings, item ratings, and user ratings. Any values above or below 0 indicate deviations in preference from this baseline. To distinguish

from the raw rating

, I’ll refer to the former as the user’s preference for item

and the latter as the user’s rating of item

Let’s build the preference data using ratings for the 500 most popular films:

The output of this block of code is two objects: prefs, which is a dataframe of preferences indexed by movieid and userid; and pref_matrix, which is a matrix whose

(i.e. the columns are movies and each row is a user). In cases where the user hasn’t rated the item, this matrix will have a NaN.

The maximum and minimum preferences in this data are 3.923 and -4.643, respectively. Next, we’ll build an actual model.

At this stage, we’ve constructed a matrix

(called pref_matrix in the Python code above). The idea behind latent-factor collaborative filtering models is that each user’s preferences can be predicted by a small number of latent factors (usually much smaller than the overall number of items available):

’s by making the simplifying assumption that each of these functions is linear:

Taken over all items and users, this can be re-written as a linear algebra problem problem: find matrices

is the matrix of preferences,

is the linear transformation that projects a user’s preferences onto latent variable space, and

is the linear transformation that reconstructs the user’s ratings from that user’s representation in latent variable space.

will be a square matrix. However, by choosing a number of latent variables strictly less than the number of items, this product will necessarily not be full rank. In essence, we are solving for

such that the product

best approximates the identity transformation on the preferences matrix

. Our intuition (and hope) is that this will reconstruct accurate preferences for each user. (We will tune our loss function to ensure that this is in fact the case.)

As advertised, we’ll be building our model in Keras + Tensorflow so that we’re well-positioned for any future generalization to deep learning approaches. This is also a natural approach to the type of problem we’re solving: the expression

and whose activation function is just the identity map (i.e. the function

First, let’s import the packages we’ll need and set the encoding dimension (the number of latent variables) we want for this model.

At this point, we could train our model directly to just reproduce its inputs (this is essentially a very simple autoencoder). However, we’re actually interested in picking

that correctly fill in missing values. We can do this through a careful application of masking and a custom loss function.

Recall that prefs_matrix currently consists largely of NaNs—in fact, there’s only one zero value in the whole dataset:

In prefs_matrix, we can fill any missing values with zeros. This is a reasonable choice because we’ve already performed some normalization of the ratings, so 0 represents our naive guess for a user’s preference for a given item. Then, to create training data, use prefs_matrix as the target and selectively mask nonzero elements in prefs_matrix to create the input (“forgetting” that particular user-item preference). We can then build a loss function which strongly penalizes incorrectly guessing the “forgotten” values, i.e., one which is trained to construct novel ratings from known ratings. Here’s our function:

By default, the loss this returns is a 20%-80% weighted sum of the overall MSE and the MSE of just the missing ratings. This loss function requires the input (with missing preferences), the predicted preferences, and the true preferences.

At least as of the date of this post, Keras and TensorFlow don’t currently support custom loss functions with three inputs (other frameworks, such as PyTorch, do). We can get around this fact by introducing a “dummy” loss function and a simple wrapper model. Loss functions in Keras require only two inputs, so this dummy function will ignore the “true” values.

To generate training data for our model, we’ll start with the preferences matrix pref_matrix and randomly mask (i.e. set to 0) a certain fraction of the known ratings for each user. Structuring this as a generator allows us to make an essentially unlimited collection of training data (though in each case, the output is constrained to be drawn from the same fixed set of known ratings). Here’s the generator function:

Let’s check that this generator’s masking functionality is working correctly:

To complete the story, we’ll define a training function that calls this generator and allows us to set a few other parameters (number of epochs, early stopping, etc):

dimensional matrices, respectively, so this model has

parameters. A good rule of thumb with linear models is to have at least 10 observations per parameter, meaning we’d like to see 250,000 individual user ratings vectors during training. We don’t have nearly enough users for that, though, so for this tutorial, we’ll skimp by quite a bit—let’s settle for a maximum of 12,500 observations (stopping the model earlier if loss doesn’t improve).

The output of this training process (at least on my machine) gives a loss of 0.6321, which means that on average we’re within about 0.7901 units of a user’s true preference when we haven’t seen it before (recall that this loss is 80% from unknown preferences, and 20% from the knowns). Preferences in our data range between -4.64 and 3.92, so this is not too shabby!

To generate a prediction with our model, we have to call the recommender model we trained earlier after normalizing the ratings along the various dimensions. Let’s assume that the input to our predict function will be a dataframe indexed by (movieid, userid), and with a single column named "rating".

Let’s test it out! Here’s some sample ratings for a single fake user, who really likes Star Wars and Jurassic Park and doesn’t like much else:

Interestingly, even though the user gave Star Wars a 5 as input, the model only predicts a rating of 4.08 for Star Wars. But it does recommend the Empire Strikes Back and Raiders of the Lost Ark, which seem like reasonable recommendations for those preferences.

Now let’s reverse this user’s ratings for Star Wars and Jurassic Park, and see how the ratings change:

Note that Seven Samurai features prominently in both lists. In fact, Seven Samurai has the highest average rating of any film in this dataset (at 4.56), and looking at the top 20 or top 50 recommended films for both users has even more common films showing up that happen to be very highly rated overall.

The latent factor representation we’ve built can also be thought of as defining an embedding of items into some lower-dimensional space, as opposed to an embedding of users. This lets us do some interesting things—for example, we can compare distances between each item’s vector representation to understand how similar or different two films are. Let’s compare Star Wars against The Empire Strikes Back and American Beauty:

Comparing the distances, we see that with a distance of 0.209578, Star Wars and Empire Strikes Back are much closer in latent factor space than Star Wars and American Beauty are.

With a little bit of further work, it’s also possible to answer other questions in latent factor space like “which film is least similar to Star Wars?”

Variations on this type of technique lead to autoencoder-based recommender systems. For futher reading, there’s also a family of related models known as matrix factorization models, which can incorporate both item and user features as well as the raw ratings.