How to easily implement one-hot encoding in Python 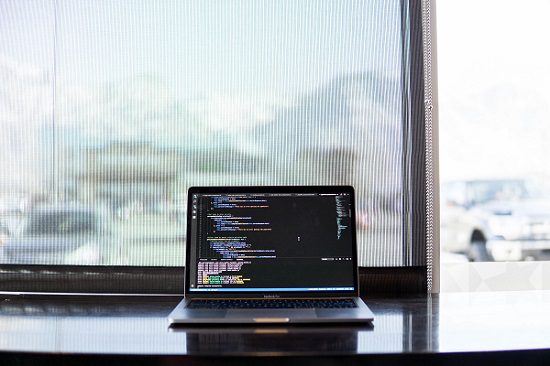 Photo by Max Nelson on Unsplash

Categorical data are commonplace in many Data Science and Machine Learning problems but are usually more challenging to deal with than numerical data. In particular, many machine learning algorithms require that their input is numerical and therefore categorical features must be transformed into numerical features before we can use any of these algorithms.

One of the most common ways to make this transformation is to one-hot encode the categorical features, especially when there does not exist a natural ordering between the categories (e.g. a feature ‘City’ with names of cities such as ‘London’, ‘Lisbon’, ‘Berlin’, etc.). For each unique value of a feature (say, ‘London’) one column is created (say, ‘City_London’) where the value is 1 if for that instance the original feature takes that value and 0 otherwise.

Even though this type of encoding is used very frequently, it can be frustrating to try to implement it using scikit-learn in Python, as there isn’t currently a simple transformer to apply, especially if you want to use it as a step of your machine learning pipeline. In this post, I’m going to describe how you can still implement it using only scikit-learn and pandas (but with a bit of effort). But, after that, I’ll also show you how you can use the category encoders library to achieve the same thing in a much easier fashion.

To illustrate the whole process, I’m going to use the Breast Cancer Data Setfrom the UCI Machine Learning Repository, which has many categorical features on which to implement the one-hot encoding.

The data we’re going to use is the Breast Cancer Data Set from the UCI Machine Learning Repository. This data set is small and contains several categorical features, which will allow us to quickly explore a few ways to implement the one-hot encoding using Python, pandas and scikit-learn.

After downloading the data from the repository, we read it into a pandas dataframe df.

This data set has 286 instances with 9 features and one target (‘Class’). The target and features are described in the data set description as follows:

We’ll take all columns to be of ‘object’ type and split the training and test sets using the train_test_split of scikit-learn.

There are several ways to encode categorical features (see, for example, here). In this post, we will focus on one of the most common and useful ones, one-hot encoding. After the transformation, each column of the resulting data set corresponds to one unique value of each original feature.

For example, suppose we have the following categorical feature with three different unique values.

We want to implement the one-hot encoding to the breast cancer data set, in such a way that the resulting sets are suitable to use in machine learning algorithms. Note that for many of the features of this data set there is a natural ordering between the categories (e.g. the tumour size) and, therefore, other types of encoding might be more appropriate, but for concreteness we will focus only on one-hot encoding in this post.

Let’s see how we would implement one-hot encoding using scikit-learn. There is a transformer conveniently named OneHotEncoder which, at first glance, seems to be exactly what we’re looking for.

If we try to apply the above code, we obtain an ValueError, as OneHotEncoder requires that all values are integers, and not strings as we have. This means we first have to encode all the possible values as integers: for a given feature, if it has n possible values (given by n different strings), we encode them with integers between 0 and n-1. Thankfully, there is another transformer in scikit-learn, called LabelEncoder, which does just that!

And… we obtain another ValueError! In reality, LabelEncoder is only intended to be used for the target vector, and as such it doesn’t work with more than one column. Unfortunately, in version 0.19 of scikit-learn, there is no transformer which can deal with several columns (there is some hope for version 0.20).

One solution is to make our own transformer, which we creatively call MultiColumnLabelEncoder, which applies the LabelEncoder in each of the features.

Will this work this time?

It worked! To better understand what happened, let’s check the original training set.

After applying the MultiColumnLabelEncoder, we can (finally!) use the OneHotEncoder to implement the one-hot encoding to both the training and test sets.

This last problem can be solved by using the option handle_unknown='ignore' of the OneHotEncoder, which, as the name suggests, will ignore previously unseen values when transforming the test set.

And that’s it! Both the training and test sets have 39 columns and are now in a suitable form to be used in machine learning algorithms which require numerical data.

However, the procedure shown above is quite inelegant and we lose the dataframe format for the data. Is there an easier way to implement all of this?

Category Encoders is a library of scikit-learn-compatible categorical variable encoders, such as:

The Ordinal, One-Hot and Hashing encoders are improved versions of the ones present in scikit-learn with the following advantages:

For our purposes, we’re going to use the improved OneHotEncoder and see how much we can simplify the workflow. First, we import the category encoders library.

Then, let’s try to apply the OneHotEncoder directly to both the training and test sets.

It worked immediately! No need to use LabelEncoder first!

Comparing the two approaches above, it’s clear that we should use theOneHotEncoder from the category encoders library if we intend to one-hot encode the categorical features in our data set.

You can find my LinkedIn in:

Bio: Hugo Ferreira is a Data Scientist with a background in Mathematics and Physics and spent several years doing research in the framework and computational tools to analyse previously unexplored complex systems of interest to Astrophysics and Quantum Physics.