The majority of data exists in the textual form which is a highly unstructured format. In order to produce meaningful insights from the text data then we need to follow a method called Text Analysis.

In today’s scenario, one way of people’s success identified by how they are communicating and sharing information to others. That’s where the concepts of language come into picture. However, there are many languages in the world. Each has many standards and alphabets, and the combination of these words arranged meaningfully resulted in the formation of a sentence. Each language has its own rules while developing these sentences and these set of rules are also known as grammar.

In today’s world, according to the industry estimates, only 20 percent of the data is being generated in the structured format as we speak, as we tweet, as we send messages on WhatsApp, Email, Facebook, Instagram or any text messages. And, the majority of this data exists in the textual form which is a highly unstructured format. In order to produce meaningful insights from the text data then we need to follow a method called Text Analysis.

What is Text Mining?

Text Mining is the process of deriving meaningful information from natural language text.

Natural Language Processing(NLP) is a part of computer science and artificial intelligence which deals with human languages.

In other words, NLP is a component of text mining that performs a special kind of linguistic analysis that essentially helps a machine “read” text. It uses a different methodology to decipher the ambiguities in human language, including the following: automatic summarization, part-of-speech tagging, disambiguation, chunking, as well as disambiguation and natural language understanding and recognition. We will see all the processes in a step by step manner using Python. 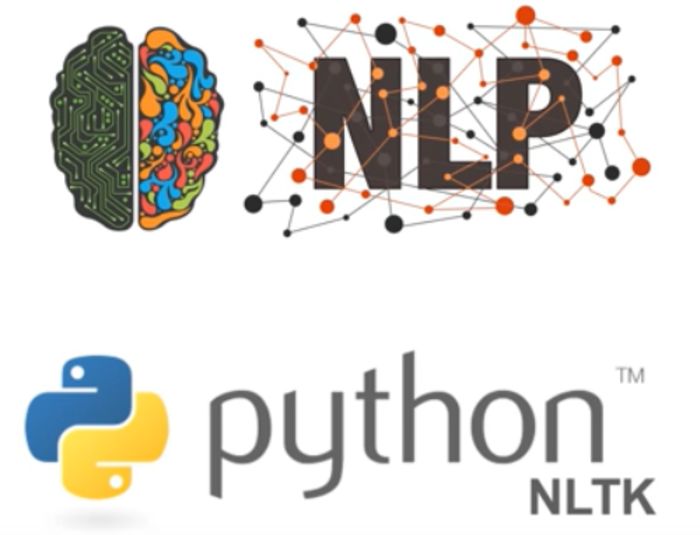 First, we need to install the NLTK library that is the natural language toolkit for building Python programs to work with human language data and it also provides easy to use interface.

Tokenization is the first step in NLP. It is the process of breaking strings into tokens which in turn are small structures or units. Tokenization involves three steps which are breaking a complex sentence into words, understanding the importance of each word with respect to the sentence and finally produce structural description on an input sentence.

From the above output, we can see the text split into tokens. Words, comma, punctuations are called tokens.

Finding frequency distinct in the text

Stemming usually refers to normalizing words into its base form or root form.

Here, we have words waited, waiting and waits. Here the root word is ‘wait’. There are two methods in Stemming namely, Porter Stemming (removes common morphological and inflectional endings from words) and Lancaster Stemming (a more aggressive stemming algorithm).

In simpler terms, it is the process of converting a word to its base form. The difference between stemming and lemmatization is, lemmatization considers the context and converts the word to its meaningful base form, whereas stemming just removes the last few characters, often leading to incorrect meanings and spelling errors.

For example, lemmatization would correctly identify the base form of ‘caring’ to ‘care’, whereas, stemming would cutoff the ‘ing’ part and convert it to car.

“Stop words” are the most common words in a language like “the”, “a”, “at”, “for”, “above”, “on”, “is”, “all”. These words do not provide any meaning and are usually removed from texts. We can remove these stop words using nltk library

Part-of-speech tagging is used to assign parts of speech to each word of a given text (such as nouns, verbs, pronouns, adverbs, conjunction, adjectives, interjection) based on its definition and its context. There are many tools available for POS taggers and some of the widely used taggers are NLTK, Spacy, TextBlob, Standford CoreNLP, etc.

It is the process of detecting the named entities such as the person name, the location name, the company name, the quantities and the monetary value.

Chunking means picking up individual pieces of information and grouping them into bigger pieces. In the context of NLP and text mining, chunking means a grouping of words or tokens into chunks.

Thanks for reading. Keep learning and stay tuned for more!

Bio: Dhilip Subramanian is a Mechanical Engineer and has completed his Master's in Analytics. He has 9 years of experience with specialization in various domains related to data including IT, marketing, banking, power, and manufacturing. He is passionate about NLP and machine learning. He is a contributor to the SAS community and loves to write technical articles on various aspects of data science on the Medium platform.