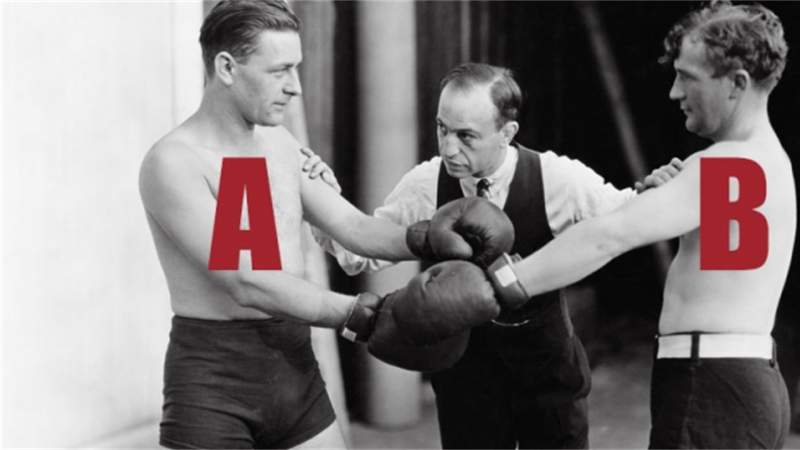 Hyperparameter optimization is a key aspect of the lifecycle of machine learning applications. While methods such as grid search are incredibly effective for optimizing hyperparameters for specific isolated models, they are very difficult to scale across large permutations of models and experiments. A company like Facebook operates thousands of concurrent machine learning models that need to be constantly tuned. To achieve that, Facebook engineering teams need to regularly conduct A/B tests in order to determine the right hyperparameter configuration. Data in those tests is difficult to collect and they are typically conducted in isolation of each other which end up resulting in very computationally expensive exercises. One of the most innovative approaches in this area came from a team of AI researchers from Facebook who published a paper proposing a method based on Bayesian optimization to adaptively design rounds of A/B tests based on the results of prior tests.

Let’s imagine an environment in which we are conducting random and regular experiments on machine learning models. In that scenario, Bayesian optimization can be used to construct a statistical model of the relationship between the parameters and the online outcomes of interest and uses that model to decide which experiments to run. The concept is well illustrated in the following figure in which each data marker corresponds to the outcome of an A/B test of that parameter value. We can use the GP to decide which parameter to test next by balancing exploration (high uncertainty) with exploitation (good model estimate). This is done by computing an acquisition function that estimates the value of running an experiment with any given parameter value.

Random experiments in machine learning systems introduce high levels of noise in the observations. Additionally, many of the constraints for a given experiment can be considered noisy data in and out itself which can affect the results of an experiment. Suppose that we are trying to evaluate the value of a function f(x) for a given observation x. With observation noise, we now have uncertainty not only in the value f(x), but we also have uncertainty in which observation is the current best, x*, and its value, f(x*).

Typically, Bayesian optimization models use heuristics to handle noisy observations but those perform very poorly with high levels of noise. To address this challenge, the Facebook team came up with a clever answer: why not to factor in noise as part of the observations?

Imagine if, instead of computing the expectation of observing f(x) we observe yi = f(xi) + €i, where €i is the observation noise. Mathematically, GP works similarly with noise observation as it does with noiseless data. Without going crazy about the math, in their research paper, the Facebook team showed that this type of approximation is very well suited for Monte Carlo optimizations which yield incredibly accurate results estimating the correct observation. 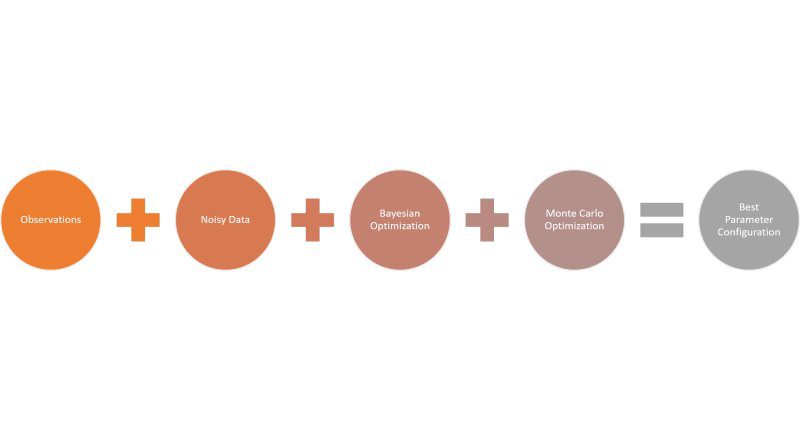 The Facebook team tested their research in a couple of real world scenarios at Facebook scale. The first was to optimize 6 parameters of one of Facebook’s ranking systems. The second example was to optimize 7 numeric compiler flags related to CPU usage used in their HipHop Virtual Machine(HHVM). For that second experiment, the first 30 iterations were randomly created. At that point, the Bayesian optimization with noisy data method was able to identity CPU time as the hyperparameter configuration that needed to be evaluated and started running different experiments to optimize its value. The results are clearly illustrated in the following figure. 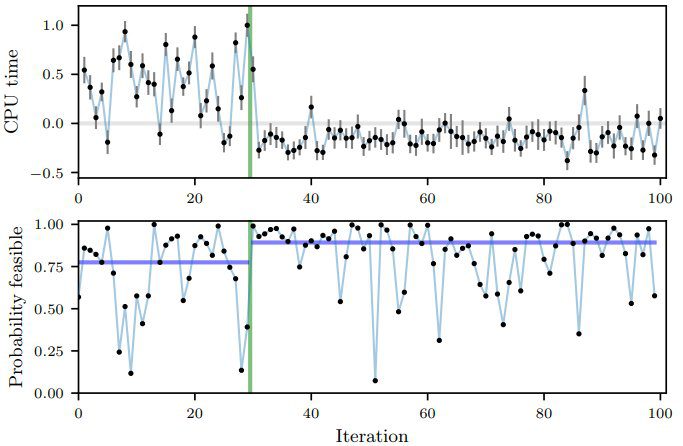 Techniques such as Bayesian optimization with noisy data are incredibly powerful in large scale machine learning algorithms. While we have done a lot of work on optimization methods, most of those methods remain highly theoretical. Its nice to see Facebook pushing the boundaries of this nascent space.