This article is the write-up of a Machine Learning Lighting Talk, intuitively explaining an important data science concept in 3 minutes.

By Brenda Hali, Director Of Analytics at Brightspot on November 10, 2022 in Data Science 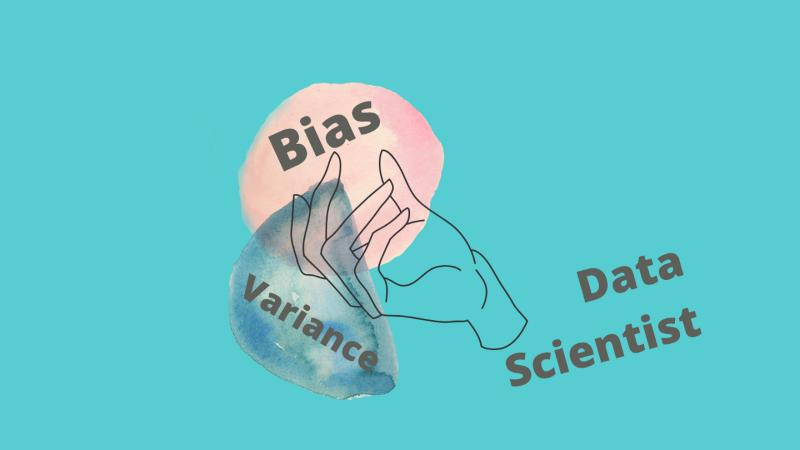 Bias and Variance are the core parameters to tune while training a Machine Learning model.

Bias-variance trade-off is tension between the error introduced by the bias and the error produced by the variance. To understand how to make the most of this trade-off and avoid underfit or overfit our model, lets first learn that Bias an Variance.

Errors due to Bias

An error due to Bias is the distance between the predictions of a model and the true values. In this type of error, the model pays little attention to training data and oversimplifies the model and doesn't learn the patterns. The model learns the wrong relations by not taking in account all the features

Errors due to Variance

Variability of model prediction for a given data point or a value that tells us the spread of our data. In this type of error, the model pays an lot of attention in training data, to the point to memorize it instead of learning from it. A model with a high error of variance is not flexible to generalize on the data which it hasn’t seen before.

If Bias vs Variance was the act of reading, it could be like Skimming a Text vs Memorizing a Text

We want our machine model to learn from the data it is exposed to, not to “have an idea of what it is about” or “memorize it word by word.”

Bias- Variance trade-off is about balancing and about finding a sweet spot between error due to bias and errors due to variance.

It is an Underfitting vs Overfitting dilemma

In this post, we discussed the conceptual meaning of Bias and Variance. Next, we will explore the concept in code.

Brenda Hali (LinkedIn) is a Marketing Data Specialist based in Washington, D.C. She is passionate about women's inclusion in technology and data.