A unique python library that extends the python programming language and provides utilities that enhance productivity. 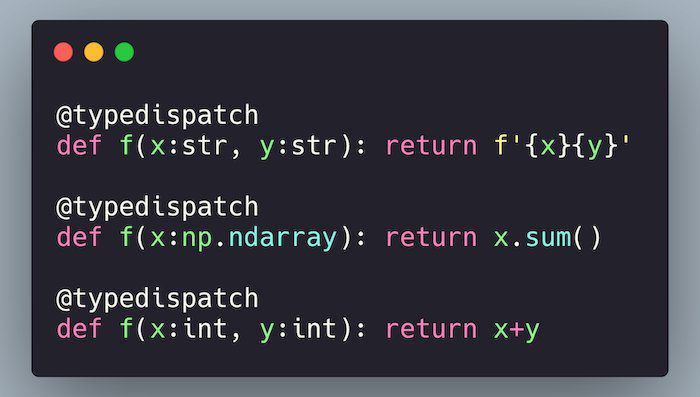 I recently embarked on a journey to sharpen my python skills: I wanted to learn advanced patterns, idioms, and techniques. I started with reading books on advanced Python, however, the information didn't seem to stick without having somewhere to apply it. I also wanted the ability to ask questions from an expert while I was learning -- which is an arrangement that is hard to find! That's when it occurred to me: What if I could find an open source project that has fairly advanced python code and write documentation and tests? I made a bet that if I did this it would force me to learn everything very deeply, and the maintainers would be appreciative of my work and be willing to answer my questions.

And that's exactly what I did over the past month! I'm pleased to report that it has been the most efficient learning experience I've ever experienced. I've discovered that writing documentation forced me to deeply understand not just what the code does but also why the code works the way it does, and to explore edge cases while writing tests. Most importantly, I was able to ask questions when I was stuck, and maintainers were willing to devote extra time knowing that their mentorship was in service of making their code more accessible! It turns out the library I choose, fastcore is some of the most fascinating Python I have ever encountered as its purpose and goals are fairly unique.

For the uninitiated, fastcore is a library on top of which many fast.ai projects are built on. Most importantly, fastcore extends the python programming language and strives to eliminate boilerplate and add useful functionality for common tasks. In this blog post, I'm going to highlight some of my favorite tools that fastcore provides, rather than sharing what I learned about python. My goal is to pique your interest in this library, and hopefully motivate you to check out the documentation after you are done to learn more!

Why fastcore is interesting

A whirlwind tour through fastcore

Here are some things you can do with fastcore that immediately caught my attention.

Whenever I see a function that has the argument **kwargs, I cringe a little. This is because it means the API is obfuscated and I have to read the source code to figure out what valid parameters might be. Consider the below example:

Without reading the source code, it might be hard for me to know that foo also accepts and additional parameters b and d. We can fix this with delegates:

You can customize the behavior of this decorator. For example, you can have your cake and eat it too by passing down your arguments and also keeping **kwargs:

You can also delegate between classes:

For more information, read the docs on delegates.

Have you ever wondered if it was possible to avoid the boilerplate involved with setting attributes in __init__?

Ouch! That was painful. Look at all the repeated variable names. Do I really have to repeat myself like this when defining a class? Not Anymore! Checkout store_attr:

You can also exclude certain attributes:

There are many more ways of customizing and using store_attr than I highlighted here. Check out the docs for more detail.

P.S. you might be thinking that Python dataclasses also allow you to avoid this boilerplate. While true in some cases, store_attr is more flexible.1

One thing I hate about python is the __super__().__init__() boilerplate associated with subclassing. For example:

We can avoid this boilerplate by using the metaclass PrePostInitMeta. We define a new class called NewParent that is a wrapper around the ParentClass:

Type dispatch can be especially useful in data science, where you might allow different input types (i.e. Numpy arrays and Pandas dataframes) to a function that processes data. Type dispatch allows you to have a common API for functions that do similar tasks.

Unfortunately, Python does not support this out-of-the box. Fortunately, there is the @typedispatch decorator to the rescue. This decorator relies upon type hints in order to route inputs the correct version of the function:

Below is a demonstration of type dispatch at work for the function f:

There are limitations of this feature, as well as other ways of using this functionality that you can read about here. In the process of learning about typed dispatch, I also found a python library called multipledispatch made by Mathhew Rocklin (the creator of Dask).

After using this feature, I am now motivated to learn languages like Julia to discover what other paradigms I might be missing.

A better version of functools.partial

functools.partial is a great utility that creates functions from other functions that lets you set default values. Lets take this function for example that filters a list to only contain values >= val:

You can create a new function out of this function using partial that sets the default value to 5:

One problem with partial is that it removes the original docstring and replaces it with a generic docstring:

fastcore.utils.partialler fixes this, and makes sure the docstring is retained such that the new API is transparent:

A technique that is pervasive in functional programming languages is function composition, whereby you chain a bunch of functions together to achieve some kind of result. This is especially useful when applying various data transformations. Consider a toy example where I have three functions: (1) Removes elements of a list less than 5 (from the prior section) (2) adds 2 to each number (3) sums all the numbers:

But why is this useful? You might me thinking, I can accomplish the same thing with:

You are not wrong! However, composition gives you a convenient interface in case you want to do something like the following:

For more information about compose, read the docs.

In python, __repr__ helps you get information about an object for logging and debugging. Below is what you get by default when you define a new class. (Note: we are using store_attr, which was discussed earlier).

We can use basic_repr to quickly give us a more sensible default:

Monkey Patching With A Decorator

It can be convenient to monkey patch with a decorator, which is especially helpful when you want to patch an external library you are importing. We can use the decorator @patch from fastcore.foundation along with type hints like so:

Still not convinced? I'll show you another example of this kind of patching in the next section.

When you see these extensions to pathlib.path you won't ever use vanilla pathlib again! A number of additional methods have been added to pathlib, such as:

Read more about this here. Here is a demonstration of ls:

Wait! What's going on here? We just imported pathlib.Path - why are we getting this new functionality? Thats because we imported the fastcore.utils module, which patches this module via the @patch decorator discussed earlier. Just to drive the point home on why the @patch decorator is useful, I'll go ahead and add another method to Path right now:

That is magical, right? I know! That's why I'm writing about it!

An Even More Concise Way To Create Lambdas

Self, with an uppercase S, is an even more concise way to create lambdas that are calling methods on an object. For example, let's create a lambda for taking the sum of a Numpy array:

You can use Self in the same way:

Let's create a lambda that does a groupby and max of a Pandas dataframe:

Read more about Self in the docs).

These are simple but handy, and allow you to know whether or not code is executing in a Jupyter Notebook, Colab, or an Ipython Shell:

This is useful if you are displaying certain types of visualizations, progress bars or animations in your code that you may want to modify or toggle depending on the environment.

The best way I can describe L is to pretend that list and numpy had a pretty baby:

L has sensible defaults, for example appending an element to a list:

There is much more L has to offer. Read the docs to learn more. 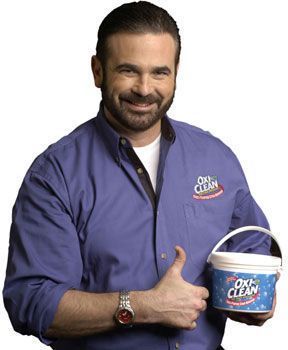 There are more things I would like to show you about fastcore, but there is no way they would reasonably fit into a blog post. Here is a list of some of my favorite things that I didn't demo in this blog post:

The Utilites section contain many shortcuts to perform common tasks or provide an additional interface to what standard python provides.

The functional programming section is my favorite part of this library.

Transforms is a collection of utilities for creating data transformations and associated pipelines. These transformation utilities build upon many of the building blocks discussed in this blog post.

It should be noted that you should read the main page of the docs first, followed by the section on tests to fully understand the documentation.

This blog post was written entirely in a Jupyter Notebook, which GitHub automatically converted into to a blog post! Sound interesting? Check out fastpages.