The field of information theory studies the quantification of information in signals. In the context of machine learning, some of these concepts are used to characterize or compare probability distributions. The ability to quantify information is also used in the decision tree algorithm, to select the variables associated with the maximum information gain. The concepts of entropy and cross-entropy are also important in machine learning because they lead to a widely used loss function in classification tasks: the cross-entropy loss or log loss.

Common units to quantity information are the nat and the bit. These quantities are based on logarithm functions. The word nat, short for natural unit of information is based on the natural logarithm, while the bit, short for “binary digit”, is based on base-two logarithms. The bit is thus a rescaled version of the nat. The following sections will mainly use the bit and base-two logarithms in formulas, but replacing it with the natural logarithm would just change the unit from bits to nats.

Note that we talk about “useful information”, but it is possible that the message is redundant and convey less information with the same number of bits.

Let’s say that we want to transmit the result of a sequence of eight tosses. You’ll allocate one bit per toss. You thus need eight bits to encode the sequence. The sequence might be for instance “00110110”, corresponding to HHTTHTTH(four “heads” and four “tails”).

However, let’s say that the coin is biased: the chance to get “tails” is only 1 over 8. You can find a better way to encode the sequence. One option is to encode the index of the outcomes “tails”: it will take more than one bit, but ‘tails’ occurs only for a small proportion of the trials. With this strategy, you allocate more bits to rare outcomes.

This example illustrates that more predictable information can be compressed: a biased coin sequence can be encoded with a smaller amount of information than a fair coin. This means that Shannon information depends on the probability of the event.

Shannon information encodes this idea and converts the probability that an event will occur into the associated quantity of information. Its characteristics are that, as you saw, likely events are less informative than unlikely events and also that information from different events is additive (if the events are independent).

The result is a lower bound on the number of bits, that is, the minimum amount of bits needed to encode a sequence with an optimal encoding.

The logarithm of a product is equal to the sum of the elements:

. This property is useful to encode the additive property of the Shannon information. The probability of occurrence of two events is their individual probabilities multiplied together (because they are independent, as you saw in Essential Math for Data Science):

Let’s plot this function for a range of probability between 0 and 1 to see the shape of the curve: 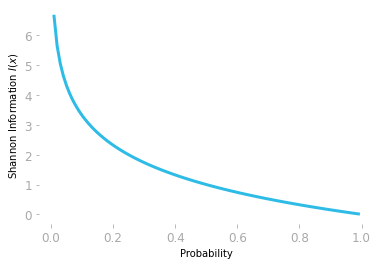 Figure 1: The quantity of information is given by the negative logarithm of the probability.

Since you used a base-two logarithm np.log2(), the information I(x) is measured in bits.

Consider for instance a biased coin, where you have a probability of 0.8 of getting ‘heads’.

The average number of bits required to describe a series of events from this distribution is 0.72 bits.

To summarize, you can consider the entropy as a summary of the information associated with the probabilities of the discrete distribution:

The entropy is the expectation of the information with respect to the probability distribution. Remember from Essential Math for Data Science that the expectation is the mean value you’ll get if you draw a large number of samples from the distribution:

Following the formula of the expectation and the Shannon information, the entropy of the random variable X is defined as:

The entropy gives you the average quantity of information that you need to encode the states of the random variable X.

Let’s take an example: as illustrated in Figure 2 in the bottom panel, you have a discrete distribution with four possible outcomes, associated with probabilities 0.4, 0.4, 0.1, and 0.1, respectively. As you saw previously, the information is obtained by log transforming the probabilities (top panel). This is the last part of the entropy formula: log2P(x). 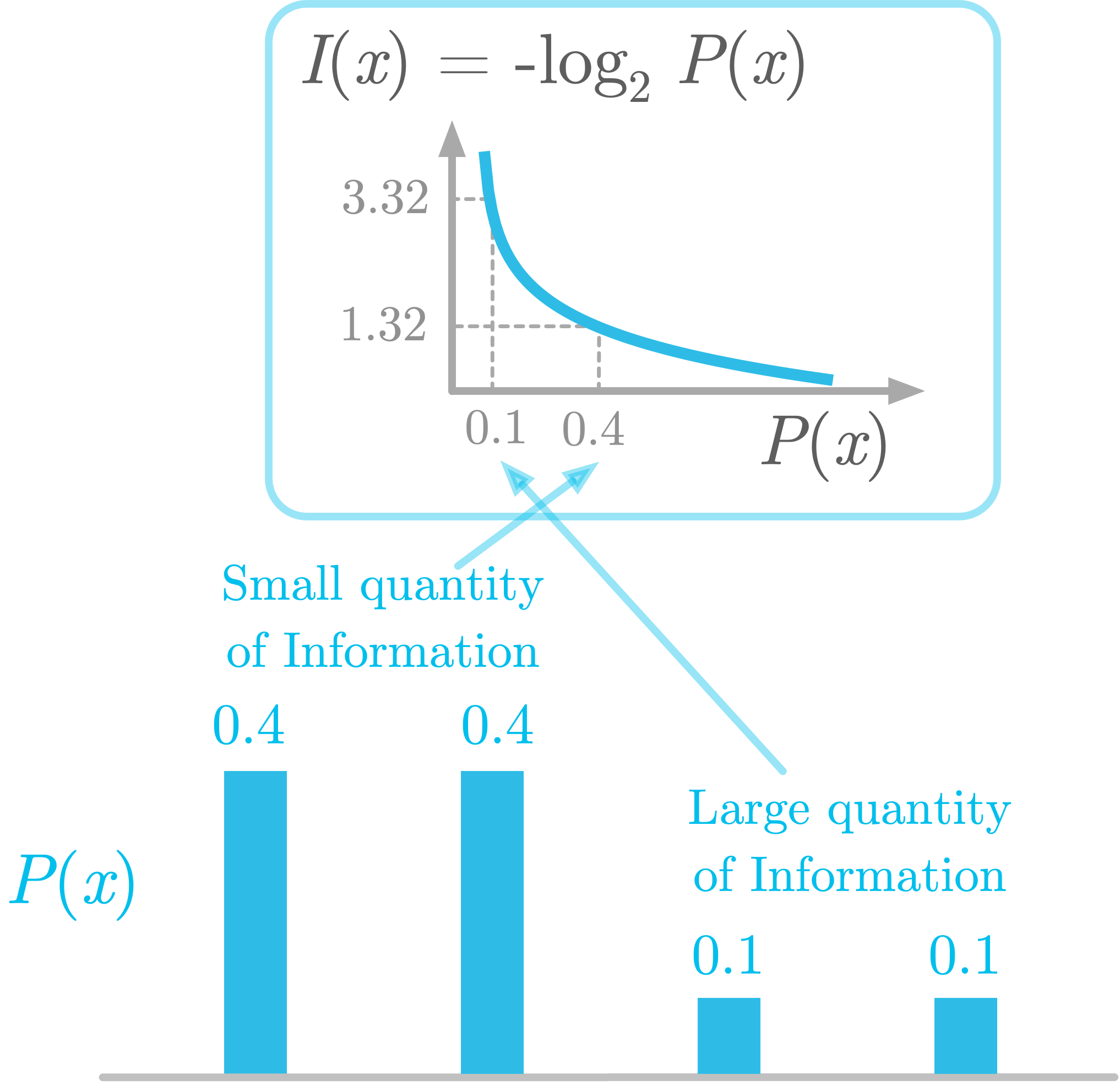 Figure 2: Illustration of the entropy as the weighted sum of the Shannon information.

In the example of a biased coin, you calculated the entropy of a Bernoulli process (more details about the Bernoulli distribution in Essential Math for Data Science). In this special case, the entropy is called the binary entropy function.

Let’s start by creating a function to calculate the entropy of a distribution that takes an array with the probabilities as input and returns the corresponding entropy:

You can also use entropy() from scipy.stats, where you can specify the base of the logarithm used to calculate the entropy. Here, I have used the base-two logarithm.

Let’s take the example of a fair coin, with a probability of 0.5 of landing ‘heads’. The distribution is thus 0.5 and 1 − 0.5 = 0.5. Let’s use the function we just defined to calculate the corresponding entropy is: 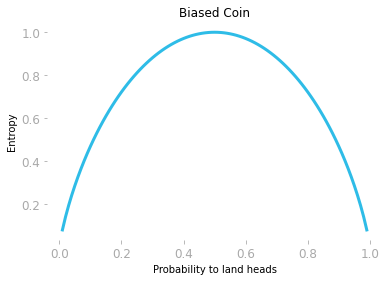 Figure 3: Entropy as a function of the probability to land “heads”.

It is defined as:

Differential entropy can be negative. The reason is that, as you saw in Essential Math for Data Science, continuous distributions are not probabilities but probability densities, meaning that they don’t satisfy the requirements of probabilities. For instance, they are not constrained to be lower than 1. This has the consequence that p(x) can take positive values larger than 1 and log2p(x) can take positive values (leading to negative values because of the negative sign).

The concept of entropy can be used to compare two probability distributions: this is called the cross entropy between two distributions, which measures how much they differ.

The idea is to calculate the information associated with the probabilities of a distribution Q(x), but instead of weighting according to Q(x) as with the entropy, you weight according to the other distribution P(x). Note that you compare two distributions concerning the same random variable X.

You can also consider cross-entropy as the expected quantity of information of events drawn from P(x) when you use Q(x) to encode them.

This is mathematically expressed as:

Let’s see how it works.

Figure 4: Illustration of the cross entropy as the Shannon information of Q(x) weighted according to the distribution of P(x).

Figure 4 shows two different situations to illustrate the cross entropy. In the left, you have two identical distributions P(x) (in blue) and Q(x) (in red). Their cross entropy is equal to the entropy because the information of Q(x) is weighted according to the distribution of P(x), which is similar to Q(x).

Note also that both distributions P(x) and Q(x) must have the same support (that is the same set of values that the random variable can take associated with positive probabilities).

Cross Entropy as a Loss Function

Figure 5: Cross entropy can be used to compare the true distribution (probability of 1 for the correct class and 0 otherwise) and the distribution estimated by the model.

Say you want to build a model that classifies three different bird species from audio samples. As illustrated in Figure 5, the audio samples are converted in features (here spectrograms) and the possible classes (the three different birds) are one-hot encoded, that is, encoded as 1 for the correct class and 0 otherwise. Furthermore, the machine learning model outputs probabilities for each class.

Figure 5 shows that the true class corresponding the sample you consider in this example is “European Green Woodpecker”. The model outputs a probability distribution and you’ll compute the cross entropy loss associated with this estimation. Figure 6 shows both distributions.

Let’s manually calculate the cross entropy between these two distributions:

The natural logarithm is used in the cross-entropy loss instead of the base-two logarithm, but the principle is the same. In addition, note the use of H(P,Q) instead of H(Q,P) because the reference is the distribution P.

In machine learning, the cross entropy is widely used as a loss for binary classification: the log loss.

From the formula of the cross entropy, ∑x corresponds here to the sum over the two possible outcomes (y and 1−y). You have:

Intuitively, the KL divergence is the supplemental amount of information associated with the encoding of the distribution Q(x) compared to the true distribution P(x). It tells you how different the two distributions are.

Replacing with the expressions of the cross entropy and the entropy, you get: