NoSQL has become increasingly popular as a complementary tool to traditional SQL approaches to databases and database management. As we know, NoSQL doesn’t follow the same relational model that SQL does, which allows it to do quite a lot of powerful things. More importantly, it’s very flexible and scalable, which is excellent for newer projects that don’t have the time or budget to spend on designing an SQL database.

As such, we’re going to take a bit of a deeper look at how different data models work, with this article taking a look at column databases. If you’d like to take a more general look, you should check out our NoSQL for Beginners guide.

How Does a Column Database Work?

At a very surface level, column-store databases do exactly what is advertised on the tin: namely, that instead of organizing information into rows, it does so in columns. This essentially makes them function the same way that tables work in relational databases. Of course, since this is a NoSQL database, this data model makes them much more flexible. 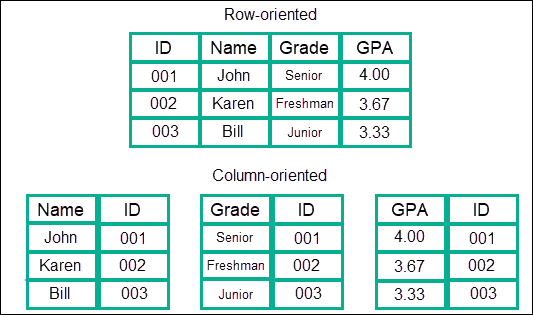 More specifically, column databases use the concept of keyspace, which is sort of like a schema in relational models. This keyspace contains all the column families, which then contain rows, which then contain columns. It’s a bit tricky to wrap your head around at first but it’s relatively straightforward. 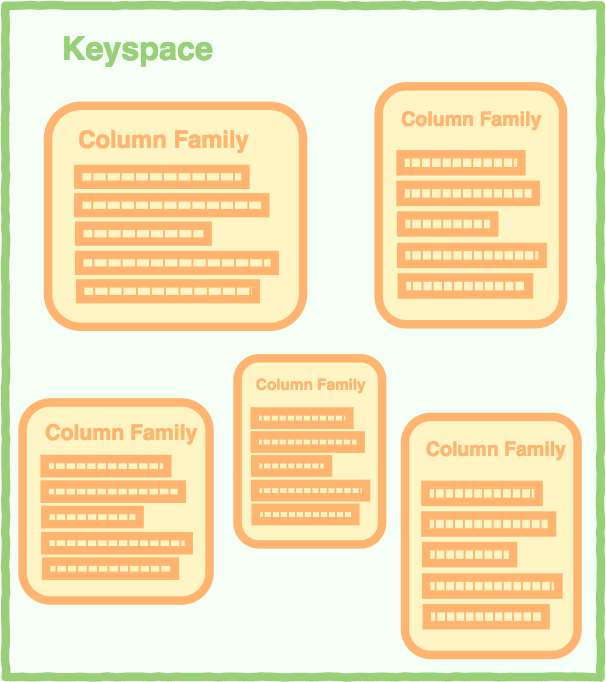 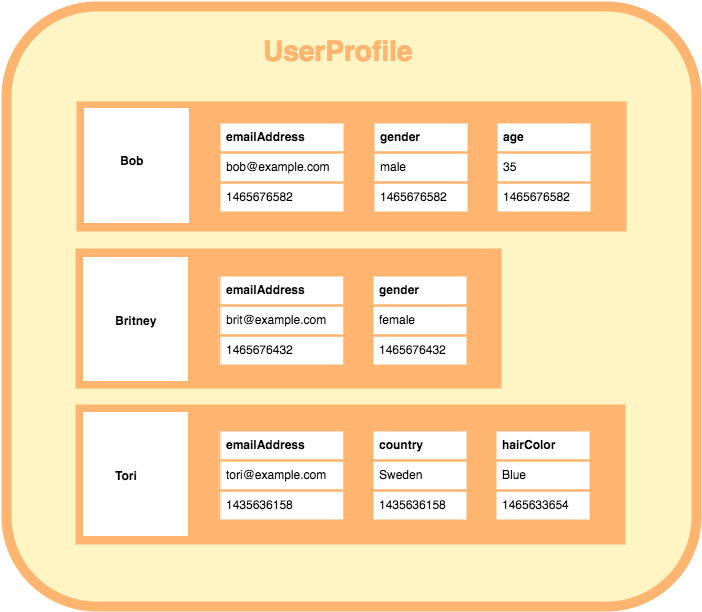 By taking a quick look, we can see that a column family has several rows. Within each row, there can be several different columns, with different names, links, and even sizes (meaning they don’t need to adhere to a standard). Furthermore, these columns only exist within their own row and can contain a value pair, name, and a timestamp.

If we take a specific row as an example:

The Row Key is exactly that: the specific identifier of that row and is always unique. The column contains the name, value, and timestamp, so that’s straightforward. The name/value pair is also straight forward, and the timestamp is the date and time the data was entered into the database.
Some examples of column-store databases include Casandra, CosmoDB, Bigtable, and HBase.

There are several benefits that go along with columnar databases:

Overall, column-store databases are great for analytics and reporting: fast querying speeds and abilities to hold large amounts of data without adding a lot of overhead make it ideal.

As it usually is in life, nothing is perfect and there are a couple of disadvantages to using column-oriented databases as well:

Before closing out, we do want to point out that column-store databases aren’t necessarily NoSQL only. Often the argument goes that column-store is so different from relational database models, that it falls squarely in the NoSQL camp.

This isn’t necessarily always the case and the NoSQL vs SQL argument, in general, is pretty complex.

In the case of column-store databases, they are nearly identical to SQL methodologies. For example, keyspaces act as schema and therefore there is still some form of schema management. Another example is that the metadata can sometimes look exactly like that of a typical relational DBMS. Ironically, column-store databases also tend to be SQL and ACID compliant.

Even more so though, NoSQL databases are usually either document-store or key-store, of which column-store is neither.

Therefore, it’s hard to argue that column-store is purely NoSQL.

While column-store databases are incredibly powerful, they do have their own sets of issues. For example, the way that it writes data means a certain lack of consistency since columns require multiple writes to the disk. This is compared to relational databases where row-data is written sequentially.

Nonetheless, column-store remains one of the most used data models out there.