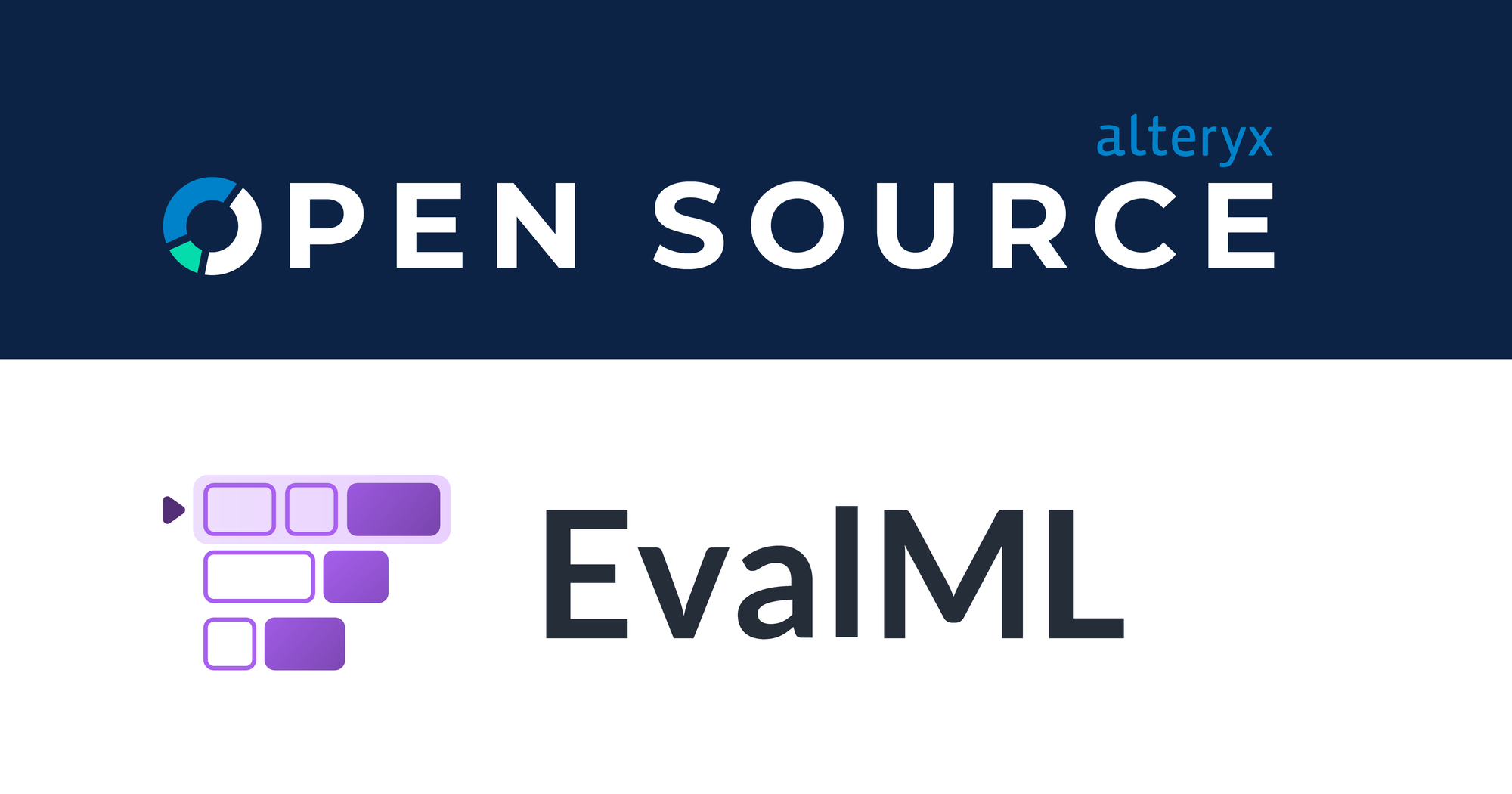 Compose is a tool for automated prediction engineering. It allows you to structure prediction problems and generate labels for supervised learning.

The question we then asked was: what happens next? How can users of Featuretools and Compose build machine learning models in a simple and flexible way?

EvalML provides a simple, unified interface for building machine learning models, using those models to generate insights and to make accurate predictions. EvalML provides access to multiple modeling libraries under the same API. EvalML supports a variety of supervised machine learning problem types including regression, binary classification and multiclass classification. Custom objective functions let users phrase their search for a model directly in terms of what they value. Above all we’ve aimed to make EvalML stable and performant, with ML performance testing on every release.

EvalML reduces the amount of effort it takes to get to an accurate model, saving time and complexity.

EvalML pipelines produced by AutoML include preprocessing and feature engineering steps out of the box. Once users have identified the target column of the data which they’d like to model, EvalML’s AutoML will run a search algorithm to train and score a collection of models, will enable users to select one or more models from that collection, and to then use those models for insight-driven analysis or to generate predictions.

EvalML was designed to work well with Featuretools, which can integrate data from multiple tables and generate features to turbocharge ML models, and with Compose, a tool for label engineering and time series aggregation. EvalML users can easily control how EvalML will treat each inputted feature, as a numeric feature, a categorical feature, text, date-time, etc.

EvalML models are represented using a pipeline data structure, composed of a graph of components. Every operation applied to your data by AutoML is recorded in the pipeline. This makes it easy to turn from selecting a model to deploying a model. It's also easy to define custom components, pipelines and objectives in EvalML, whether for use in AutoML or as standalone elements.

EvalML supports defining custom objective functions which you can tailor to match your data and your domain. This allows you to articulate what makes a model valuable in your domain, and to then use AutoML to find models which deliver that value.

The EvalML documentation provides examples of custom objectives and how to use them effectively. 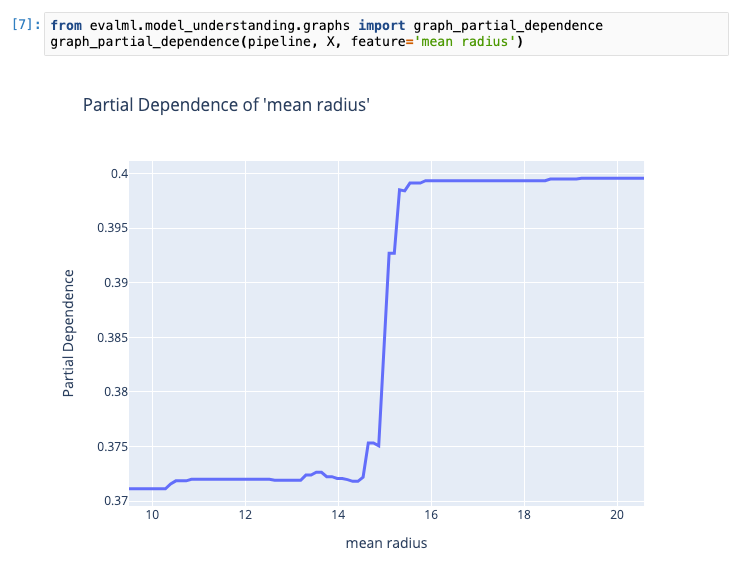 An example of partial dependence from the EvalML documentation

EvalML's data checks can catch common problems with your data prior to modeling, before they cause model quality problems or mysterious bugs and stack traces. Current data checks include a simple approach to detecting target leakage, where the model is given access to information during training which won’t be available at prediction-time, detection of invalid datatypes, high class imbalance, highly null columns, constant columns, and columns which are likely an ID and not useful for modeling.

You can get started with EvalML by visiting our documentation page, where we have installation instructions as well as tutorials which show examples of how to use EvalML, a user guide which describes the components and core concepts of EvalML, API reference and more. The EvalML codebase lives at https://github.com/alteryx/evalml. To get in touch with the team, check out our open-source slack. We are actively contributing to the repository and will respond to any issues you post.

EvalML has an active feature roadmap, including time series modeling, parallel evaluation of pipelines during AutoML, upgrades to the AutoML algorithm, new model types and preprocessing steps, tools for model debugging and model deployment, support for anomaly detection, and much more.

Want to hear more? If you’re interested in hearing about updates as the project continues, please take a moment to follow this blog, star our repo in GitHub, and stay tuned for more features and content on the way!

Bio: Dylan Sherry is a software engineer who leads the team building the EvalML AutoML package. Dylan has a decade of experience working on automated modeling technologies.