Check out how to use the open-source MLJAR auto-ML to build accurate models faster.

The rise of automated machine learning tools has enabled developers to build accurate machine learning models faster. These tools reduce the work of an engineer by performing feature engineering, algorithm selection, and tuning as well as documenting the model. One such library is the open-source MLJAR package. In this article, let’s take a look at how you can use the package for binary classification.

The MLJAR package can be used to build a complete machine learning pipeline with feature engineering and hyperparameter tuning. The package also supports popular machine learning algorithms including:

MLJAR builds several models depending on the algorithms selected and obtaining the final predictions via ensembling or stacking the models. Once training is done the package also provides visualizations that can be used to explain the models. Some of these include feature importance as well as a leaderboard that shows the performance of the various models.

In order to start using the package, you will need to install it via pip.

For this illustration, let’s use Scikit-learn to create a classification dataset. This can be done using the make_classification function from the datasets module.

The next step is to split this dataset into a training and a testing set.

Surprisingly, using MLJAR for binary classification only requires a couple of lines of code. MLJAR takes care of all the machine learning magic behind the scenes. The first step here is to import the AutoML class.

The next step is to create an instance of the class while specifying the algorithms you would like to use for the problem. Other parameters that one can set include:

The next step is to fit the algorithm on the training and test set. 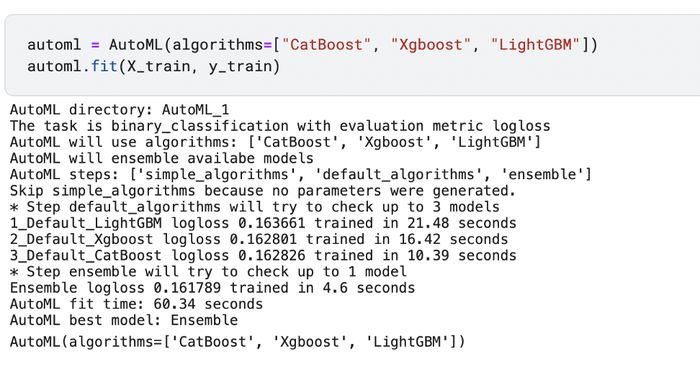 Once the model is fitted, you can use the report function to obtain various model explanations. For example, you can see the leaderboard for the models that were fitted in this binary classification problem.

When you click on the individual models, you will also see several visualizations and a summary of the model. 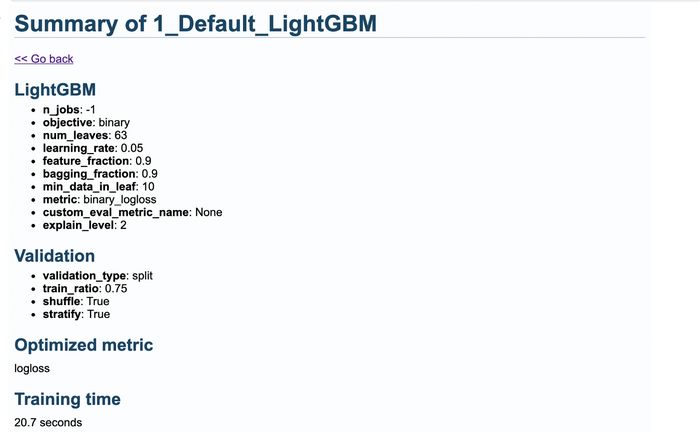 For example, you will see the confusion matrix.

MLJAR will also show the learning curves of the training process by default. The learning curves are plotted for validation and training sets. The vertical line shows the optimal iteration number and is used while making predictions. 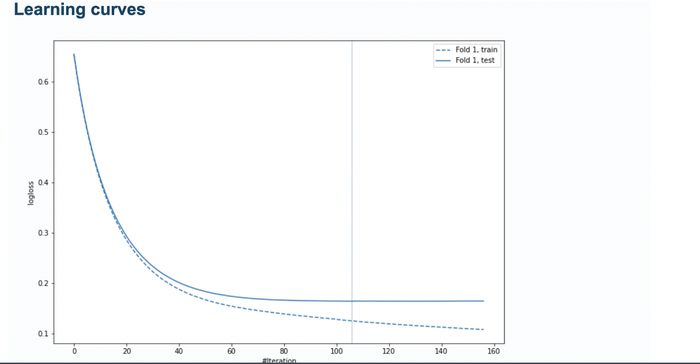 There are a couple of things that happen behind the scenes when training a model with MLJAR. The training of the machine learning model happens in several steps. These steps entail:

Why would you use MLJAR

There are a couple of reasons why one would consider using MLJAR in their machine learning workflow: