Is Python good for learning finance and working in the financial world? The answer is not only a resounding YES, but yes for nine very good reasons. This article gets into the details behind why Python is a must-know programming language for anyone who wants to work in the financial sector. 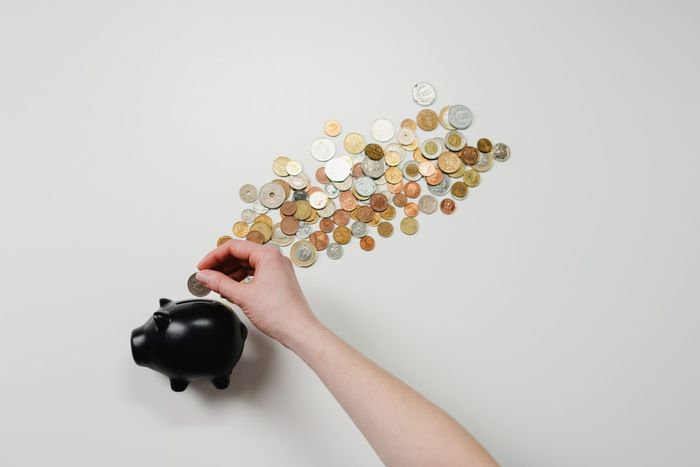 If you’re thinking about dipping your toe into the finance sector for your career and you stumble across this article, you may be wondering, “How can Python help in finance?”

Finance and banking have a reputation for very high salaries, so the job field attracts a large number of applicants. If you’re one of them, you should know Python is hugely popular for finance — and still growing in popularity. Python is widely used in risk management, the creation of trading bots, quantitative finance for analyzing big financial data, and more.

Here are nine answers to “Should I learn Python for finance?”

If you’ve read any other coding listicle, you’ll already know the reasons Python rules in general so I’ll save you time and condense them into a single bullet: Python is fast for both beginner and experienced coders to learn. It’s easy to read as it has a clear and simple syntax. It’s quick to deploy – you can build working code in just a few lines.

It’s a great idea to learn Python for finance because of the same reasons that make Python great for anything else. If you want to analyze financial data with Python, you’ll be pleased to hear it’s a breeze to start.

Python as a language is bolstered by libraries, AKA reusable chunks of code someone else already built for you. Beyond being simple to pick up, there’s a robust framework of open-source, third-party libraries that are useful in all sorts of situations but specifically for finance.

Libraries like Scikit and Pybrain are especially useful in the finance world. Some people consider the Python finance libraries “shortcuts” already since you don’t have to code that functionality from scratch. I’d agree. Financial data analysis with Python is a lot quicker with these libraries.

Scipy, NumPy, Matplotlib, and a range of other add-ons make it easier than ever to perform and visualize financial calculations and algorithms. Importantly, these help you not only work with the data, but more easily communicate the results to key decision-makers.

The really great thing about the use of Python in finance is that despite being a relatively new use of the language, there are already a ton of resources that can help you get started and smooth your way in. This is because Python has been in use generally for decades. A lot of the same resources that made Python great for data science can make your finance experience better too.

Beyond the open-source libraries, there are entire Python courses and textbooks and tutorials dedicated to helping you pick up the basics specifically of Python for finance.

If you want to learn Python for finance, you won’t have to rely on generic courses and tutorials – there is plenty of content geared around how to learn Python in a finance context.

If the libraries, textbooks, and tutorials aren’t quite enough for you to find your feet with Python for finance, there’s a vast community of Pythonistas in general. You may be excited to learn that there is specifically a community for finance-focused Pythonistas, too.

If you’re stumped on how to learn Python for finance, worry no longer. You can find Github projects dedicated to easy Python for finance tutorials, Slack groups devoted to finance and coding, an active finance contingent in the r/learnpython subreddit, and of course StackOverflow is full of helpful folks who have been where you are and are willing to help you wade through your finance-related Python questions.

While I’ve found Pythonistas in general to be a friendly, helpful, enthusiastic bunch, it looks like the same is true of the finance-focused Python community too.

While I do consider Python to be the most valuable player (if coding languages were in sports leagues), I’m talking about minimum viable products in this section. The finance sector prizes agility and responsiveness as it’s customer-facing.

In finance, programmers should be able to quickly create a prototype that can be tested. A company can use an MVP to determine market fit and get the idea off the ground that way. Python is a dream language to spin up quick MVPs for testing.

In sum, Python lets finance coders build a minimum viable product and iterate from there.

6. A Bridge Between Two Worlds

Python is better known for data science but it serves as a great bridge between economics and data science (also known as the finance area).

To quote an expert, “It’s just much easier to integrate the work of economists into Python-based platforms. Tools like SciPy, NumPy or Matplotlib allow one to perform sophisticated financial calculations and display the results in a very approachable manner,” says Jakub Protasiewicz, an engineering manager with over ten years of IT experience.

Economists use Python for their economic analysis due to its simplicity and flatter learning curve.

Python has heavy buy-in from significant finance corporations. Lots of finance companies are built on Python like Venmo, Stripe, and Robinhood for a lot of the same reasons I recommend it to finance workers in this very article.

Beyond just using Python as a framework for finance companies, some organizations go further: Citibank offers Python coding lessons to banking analysts and traders so they can make use of Python’s incredible data science toolset, for example.

If you want to learn Python programming for finance, it should be clear that you’re not alone: plenty of companies have done the very same thing.

There’s nothing worse than dedicating time to learning a coding language for a job and then discovering that language is becoming obsolete, or is being replaced by an up-and-comer.

In the finance world, you will never have that problem with Python. It’s been around for three decades; plenty of finance companies have already invested in building infrastructure and long-term projects with Python, and most tellingly, there are new applications of Python for finance coming out every year, like Dash for cryptocurrency as you’ll learn in section nine.

What can you do with Python in finance? Dig into cryptocurrency. I was actually surprised to learn that Python is becoming a key player in the cryptocurrency space. I had a quick look on libraries.io (a list of all libraries available for Python) and found 327 packages that deal with cryptocurrency and blockchains.

Products like Dash, Anaconda and CryptoSignal have taken advantage of how easy it is to use Python to retrieve and analyze cryptocurrency pricing. If you’re invested in the cryptocurrency scene, Python is a must for you.

Python and Finance Are a Match Made in Heaven

How important is Python in finance? I’d go so far as to say it’s a critical language to learn. It’s no longer enough to rely on existing products that are built on Python for financial companies and jobs – more and more, employees are expected to know Python for finance in everyday use.

Python use in finance is practically unlimited, and I expect that as time goes on and more finance workers learn Python, that number will only grow. If you were also unclear on if Python is good for finance, hopefully this article has cleared up the answer for you.

Want to Learn Python For a Future Finance Role?

If you’re looking to get started with Python, we built our Python Fundamentals course to take you from novice to intermediate level, prepping you to take on more advanced topics like data science for financial data.

If you’re more advanced, we also have Big O Data Structures and Advanced Algorithms to learn key computer science concepts while interactively coding along with each lesson’s challenge, putting your newly-gained skilled into action.

Bio: Zulie Rane is a freelance writer and coding enthusiast.