While Microsoft and IBM rush to bring data science and visualization to the masses, MetaMind follows another path, offering deep learning as a service.

Last month I wrote an article describing the interfaces and capabilities of Microsoft and IBM's new cloud data science products. I observed that Azure ML presents a user-friendly drag and drop data mining app for businesses, while Watson Analytics focuses on natural language queries but is still too nascent for use. A Google search for "Azure Machine Learning" unearths 830,000 documents. A similar query for "IBM Watson Analytics" turns up 730,000 documents. Amid the deluge of coverage on both services, one could lose sight of the many upstart companies offering cloud machine learning services. However, new product categories are typically pioneered by startups. Over a few posts, I'd like to take a look at some of the emerging competition, starting with MetaMind.

Founded by recent Stanford PhD graduate and incoming Princeton Professor Richard Socher, MetaMind recently raised $8 million dollars from Khosla Ventures and Marc Benioff. The company is built atop the deep learning technology that Socher developed as a doctoral student under the advisorship of Andrew Ng and Chris Manning. MetaMind focuses on deep learning, a burgeoning new field that leverages the power of GPUs, distributed systems and new training techniques to construct many-layered artificial neural networks which have recently set records on tasks in speech recognition and computer vision. Another web application developed by Richard Socher, called etcML, was covered in KDnuggets in 2014.

Unlike Azure ML and Watson analytics, which aim for an extreme democratization of the machine learning and statistical tools that are already fairly ubiquitous in the data science community, MetaMind is focused on the state of the art, taking a technology that is currently only in the grasp of a small number of companies and research groups and making it available to a wider range of companies and developers. They offer AI as a software service, performing image classification, text sentiment analysis and other tasks via an API.

While not all advertised services are live, the MetaMind website does contain several active demos. They include on-line tools for text sentiment analysis, object recognition, and semantic similarity. A live demonstration takes any twitter hashtag and breaks down the sentiment into "positive", "negative" and "neutral" posts, displaying examples of each. Putting aside philosophical concerns with this sort of analysis (what does "positive" really mean?), the ease of use suggests their technology could be adopted even by relatively non-technical users. The site also features placeholders suggesting upcoming services for text summarization and question answering. A final tab invites visitors to the website to contact their NLP team if their task is not represented among their services.

Given Socher's output as a graduate student, the range of work is not surprising. In some of his most cited papers, he introduced an influential model of natural language using recursive auto-encoders to perform sentiment analysis and paraphrase detection. Each word in the model is associated with a unit norm in some high dimensional space (). Each sentence is parsed into a binary tree where the value taken by each node in the tree is a function of its two children. Effectively, the root is a fixed length d-dimensional representation of the content of the sentence. Encoding and decoding matrices are learned to calculate the meaning vector of each node in the tree, with the goal of minimizing the distance between the original tree and the decoded tree. Intuitively, if a model offers low reconstruction error, the root's captures most of the information needed to describe the entire sentence. Later in his PhD, Socher also produced some leading research combining natural language modeling with convolutional neural networks. 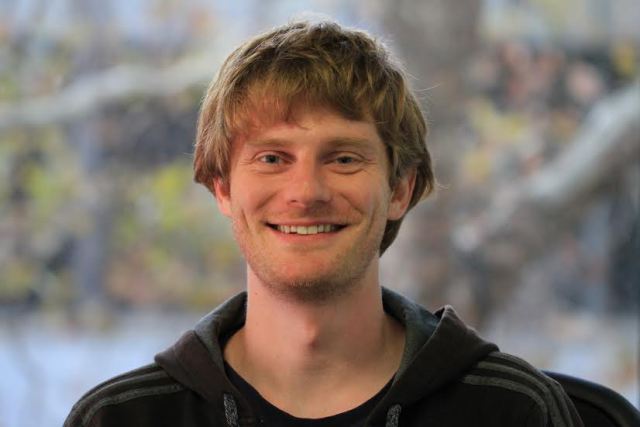 As compared to Microsoft Azure Machine Learning and IBM Watson Analytics, MetaMind's product appears targeted towards the higher end of the market. It's hard to imagine a local business using MetaMind to visualize data or train linear models. However, MetaMind may bring the seemingly magical capabilities that have in recent years enabled Facebook to perform facial recognition and Google to identify products from photographs to nearly any developer who can write an API call.