We discuss the impact of increasing amount of data on visualization, difference between Data Analysis and Data Analytics, motivation, trends, desired skills and more. 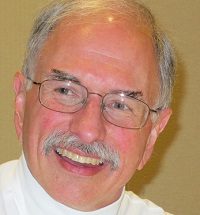 David Kasik is Boeing's Senior Technical Fellow in visualization and interactive techniques. He is pursuing new ways of using visualization for huge amounts of both geometric and non-geometric data.His work with geometric data made Dave a pioneer in interactive 3D computer graphics. He devoted his first 11 years at Boeing to research and development of computer-aided design software. These projects led to pioneering work in interactive 3D graphics, user interface management systems, and industrial use of non-uniform rational (NURBS) solids and surfaces. Dave is pioneering the use of visual analytics to help extract more information from complex non-geometric data.

He earned his Masters in Computer Science from the University of Colorado in 1972 and a Bachelor’s in Quantitative Studies from the Johns Hopkins University in 1970. He participates in numerous professional organizations, including ACM (Association for Computing Machinery), which named Dave a Distinguished Scientist in 2007 and a Fellow in 2013; ACM SIGGRAPH, where he started the annual Pioneers student mentoring program and received the Outstanding Service Award in 2012.

Anmol Rajpurohit: Q6. How has the exponential increase in data growth impacted Analytics and Visualization?

David Kasik: In the world of Big Data, what’s interesting to me isn’t the exponential growth. In reality, such growth has been around since computing started. Computer usage and data storage just seem to exceed the limits of current capacity since I’ve been involved with computing.

Instead, the notion of Big Data has caused many Boeing staff members to realize that the data itself contains inherent value. And those staff members rely on analytics tools and visualization, whether encapsulated as visual analytics to help explore the data or as information and scientific visualization to convey concepts. The limiting factors for the tools themselves in a Boeing context are scalability and performance. The data often presents a problem, too, because it contains errors, is incomplete, written in anguished English, and contains values only understood by experts. 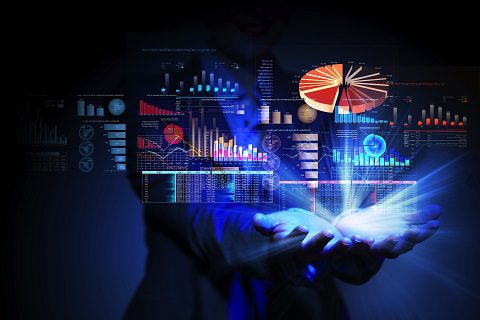 AR: Q7. What is the difference between Data Analysis and Data Analytics?

DK: In my terminology, data analysis refers to hands-on data exploration and evaluation.

Data analytics is a broader term and includes data analysis as necessary subcomponent. Analytics defines the science behind the analysis. The science means understanding the cognitive processes an analyst uses to understand problems and explore data in meaningful ways. Analytics also include data extract, transform, and load; specific tools, techniques, and methods; and how to successfully communicate results.

AR: Q8. What motivated you to work on data visualization and interaction?

DK: Prof. Bill Huggins first exposed me to computer animation as an undergraduate at Johns Hopkins. He encapsulated the basic concept behind a film as iconic communication, which caught my interest.

Programming computers to generate images as movies taught me how difficult it is to design and build user interfaces. As I moved from microfilm recorders to highly interactive devices, I learned it was essential to pay attention to both the images and the way people interacted with them.

Boeing taught me the essence of performance and scale, which remain challenges.

AR: Q9. Which of the current trends in data visualization are of great interest to you? What key advancements do you expect in next 2-3 years?

DK: At this point, I’m most taken with the promise to move augmented reality into meaningful production. As I mentioned, moving to a mobile platform that can auto-register an image with 3D data on a lightweight weight mobile device is still being developed. I do expect to see such progress in the next 2-5 years.

DK: It’s easier to seek forgiveness than permission. This led me to seek implementing advanced new technology without an explicit mandate.

AR: Q11. What key qualities do you look for when interviewing for Visualization or Analytics related positions on your team?

DK: I look for a couple of things beyond a basic programming ability. First, I look for an ability to communicate effectively, especially in soliciting problem statements and understanding how to summarize analysis results effectively. Second, I try to assess a person who is able to move from analysis job to analysis job quickly. Most engagements are measured in days or weeks, not months or years. Analysis staff has to adapt to in a fast-pace environment with highly variable assignments.

AR: Q12. Which book (or article) did you read recently and liked? What keeps you busy when you are away from work?

DK: I’m just finishing The Boys in the Boat and getting ready to tackle Alan Turing: The Enigma. This Is Your Brain on Music is another good read. Any Colum McCann novel is great fun.

Outside work, which is quite consuming, I’m a workout-a-holic and play handball. My wife and I love going to concerts, baseball games, and traveling.