An open API is available on the internet for free. We review the growth of API economy and how organizations have been realizing the potential of open APIs in transforming their business.

The already huge world of big data and analytics has got a boost in the form of open Application Programming Interfaces (APIs). The use of open APIs has been generating huge volumes of big data. Since open APIs are now accessed by the general public, mainly via apps and software programs, it has resulted into an exponential growth of data. Open APIs are also contributing to the creation of analytics because a group of APIs now have cognitive abilities which enable them to deliver analytics to systems. The growth of open APIs and other APIs has given birth to the term “API economy”. Prominent business houses such as Google and Yahoo have been offering public APIs for different purposes such as weather updates and traffic management.

What is an open API?

Open API provides benefits to both the owner and the user of it. For the owner, whenever the open API is used, it means its products and services are getting publicity while it retains the ownership of the code. For the user, open APIs relieve the third-party developers of the effort required to build an entire software program from the scratch. The software the third-party developers are building is a mashup between the source software and new code.

Here is are some sites that list many public APIs

What is an API economy?

So huge and ubiquitous has been the emergence of open APIs that many experts have been using the term API economy to refer to the transactions taking place with the help of APIs. More and more organizations have been realizing the potential of open APIs in transforming their business and have been rolling out open APIs.

Impact of API economy on big data and analytics

So far, the impact of the open API economy on big data and analytics has been felt in the following four areas:

Growth in the data volume

The volume of data has grown even more with the growth of open APIs. Let us understand how open APIs have contributed to the growth of big data with the example of the online education domain. Online education is highly popular now, students use apps, websites to learn. Now, the educational content is stored in different storage systems and it is a tedious and difficult task to connect so many storage systems with the apps and also maintain them. In such a case, open APIs can really help. Open APIs can help apps and websites interact with different data storage systems. Now, when a student uses an app to access say, interactive lessons on Java, an open API takes the request to the database which sends the required data through the API after proper authorization, if applicable.

Open APIs make it easy to connect to multiple data sources through apps. To access a data source, all that is needed is to just call an API which delivers the requested information. More and more people are using open APIs because of the convenience it provides. Over time, the data volume has grown because more data is being generated for example student details, course details, student performance and analysis and patterns.

Cognitive API is a relatively new development in the world of APIs and it is especially applicable for analytics. A cognitive API accepts a request in a certain format from a system and delivers it to another system. Now, the recipient system provides analytics as response which is delivered to the requesting system. Cognitive APIs are capable of processing complex, unstructured data and delivering analytics. Many organizations use such APIs to create their own products and services.

APIs can provide big data applications faster access to the data storage. This results in faster retrieval, processing and analytics. Such APIs can sit as a layer between distributed computing applications and storage.

APIs now available to the layman

There was a time when APIs were the exclusive territory of the developers. Developers still know APIs in and out but the layman have also been using APIs, albeit indirectly. People have been using apps which connect to the APIs. The APIs take requests and delivers responses from the server which the user views. This factor has significantly accounted for the huge growth of big data.

The statistics below establishes that the API economy has been getting stronger and influencing big data and analytics. 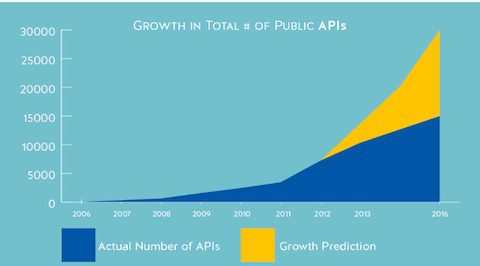 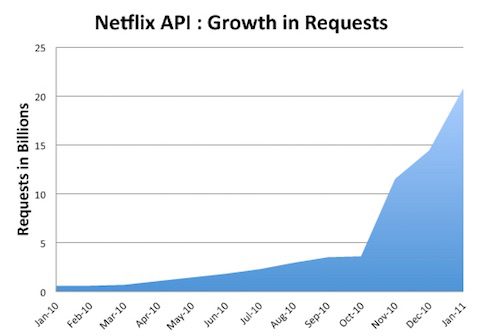 It seems that open APIs are synonymous with convenience, time savings and efficiency. There are good reasons that businesses consider open APIs an important business development tool. With due importance given to other influences open APIs have had on big data and analytics, the involvement of general public seems to be the most important driver of big data and analytics growth. Considering the present times, the API economy seems to on course for an explosive growth over the next few years and it will redefine many businesses.