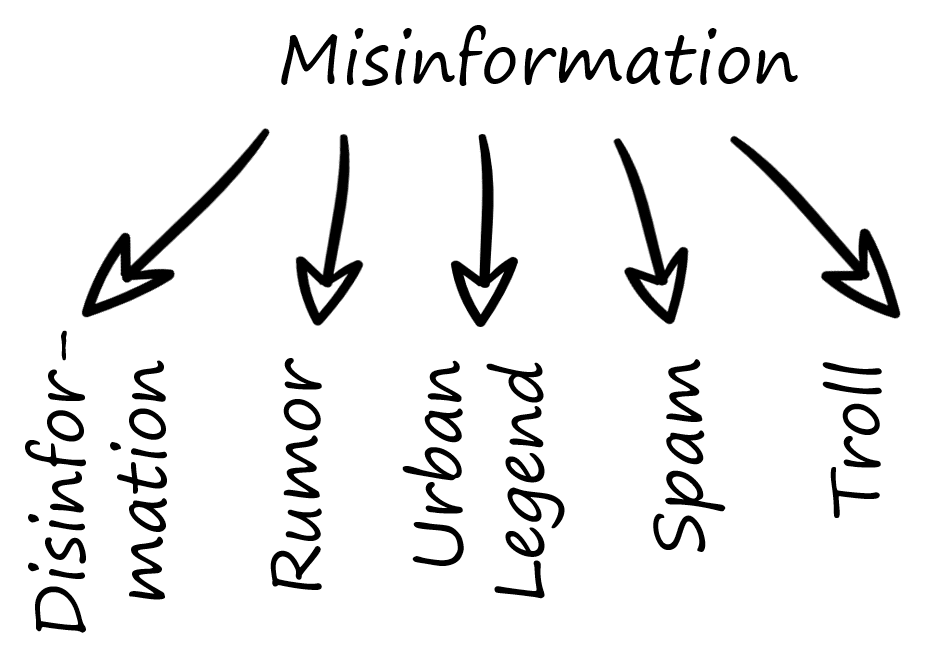 A rumor is a story circulating from person to person, of which the truth is unverified or doubtful. Rumors usually arise in the presence of ambiguous or threatening events. When its statement is proved to be false, a rumor is a type of misinformation. Therefore, among efforts in fighting against rumors, methods usually consist of two steps: rumor detection and truthfulness prediction.

Spam is unsolicited messages sent to a large number of recipients, containing irrelevant or inappropriate information, which is unwanted. Spamming messages are usually involved with spreading ads, malware, and even leading to scams. Spam is not necessarily misinformation, since some piece of information may be true and unsolicited simultaneously. However, spam that conveys misinformation can directly leads to information and financial loss.

A troll is a user who posts messages that are deliberately offensive or provocative, with the aim of upsetting other people. Trolling content is often happening in conversations, disrupting normal on-topic discussions and leading to emotional responses. The content trolls post is usually nonsense, and the troll spreaders post them for their own amusement. 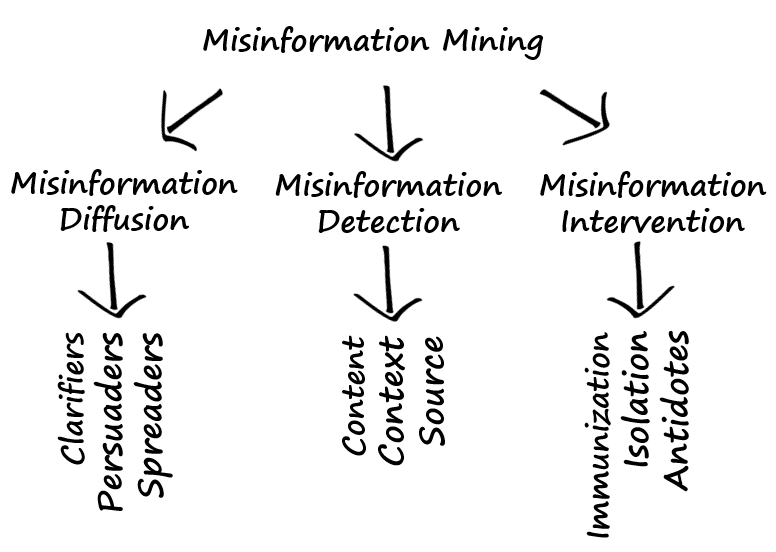 Misinformation detection is the process of designing techniques to find misinformation on social media networks. The detection process usually employs the content, context and source of misinformation. Because the early detection of misinformation can effectively prevent it from spreading widely within a network, timeliness is also a crucial metric to consider in addition to more traditional performance metrics such as precision and recall.

Since the diffusion of misinformation on social media networks can be seen as a virus spreading among users, preventive and anti-epidemic measures can be used to fight against misinformation such as immunization, isolation, and antidotes.

For more details, please find the tutorial slides at bit.ly/misinformation-tutorial