Just getting started with Big Data, or looking to iron out the wrinkles in your current understanding? Check out these 20 Big Data-related terms and their concise definitions.

Big Data. If somehow you've made it to this website and have not heard the term since it first gained momentum toward becoming a popular term at least a decade and a half ago, I really don't know what to say.

But just because one has heard the term, or has taken part in (or opposed) its flippant usage, that really doesn't mean one knows what it actually means, or what it fully encompasses. Indeed, trying to exhaustively describe what Big Data is in a single post would be nonsensical, not the least of which reason being that there is no agreed-upon exhaustive description, nor should there be. Collecting some key terms associated with Big Data is not a bad idea, however, as it lays a common foundation from which to work forward. 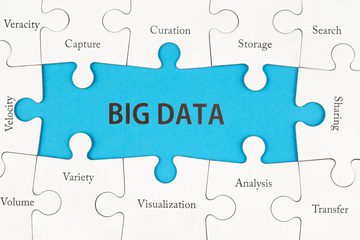 This post will function slightly differently than other Key Term posts previously presented on KDnuggets, in that it will include a number of definitions for which Key Term posts already exist. In these cases, the definitions will link to these posts for further related key terms to explore; for remaining terms, links will point to associated KDnuggets tags and/or searches in order to facilitate continued investigation.

So, while there may be bigger Big Data experts out there, I humbly offer the following concisely-defined terminology as an entry-level base for Big Data. We begin with the white whale itself.

There are all sorts of popular and academic articles available defining Big Data, and the definitions vary considerably. In the interest of capturing the term's essence, we like this definition: "Data is big when data size becomes part of the problem." Big Data is a moving target, and this definition provides the flexibility required to capture its central characteristic.

Big Data is often characterized by the (originally) 3 Vs, which has grown to 4, 5, 6, or more, depending on where you look. I believe the following 6 Vs are enough to explain Big Data at a very high level.

Trying to freshly define the Vs of Big Data seems futile, and so we turn to the ever-authoritative Wikipedia for definitions:

Cloud computing, or what is simply referred to as the cloud, can be defined as an Internet-based computing model that largely offers on-demand access to computing resources. These resources comprise of many things, such as application software, computing resources, servers and data centers etc. Cloud service providers usually adopt a ‘pay-as-you-go’ model, something that allows companies to scale their costs as per need. It allows businesses to bypass infrastructural setup costs, which was inevitable prior to the advent of the cloud. 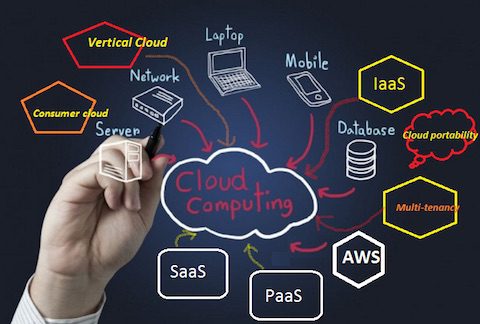 Technology that learns from experience (data) to predict the future behavior of individuals in order to drive better decisions.

A mechanism that predicts a behavior of an individual, such as click, buy, lie, or die. It takes characteristics (variables) of the individual as input and provides a predictive score as output. The higher the score, the more likely it is that the individual will exhibit the predicted behavior.

This form of analytics is descriptive in nature, as its name clearly hints at. Descriptive analytics summarizes data, focusing less on the precise details of every piece of data, and instead focusing on an overall narrative.

Prescriptive analytics generally follows prediction, in that actions can be prescribed based on what has been gleaned from predictive modeling.