Neuroscience is very complex and advanced study of brain and people often misuse this term. Here we try to explain neuroscience terminologies and use of data science for such studies. 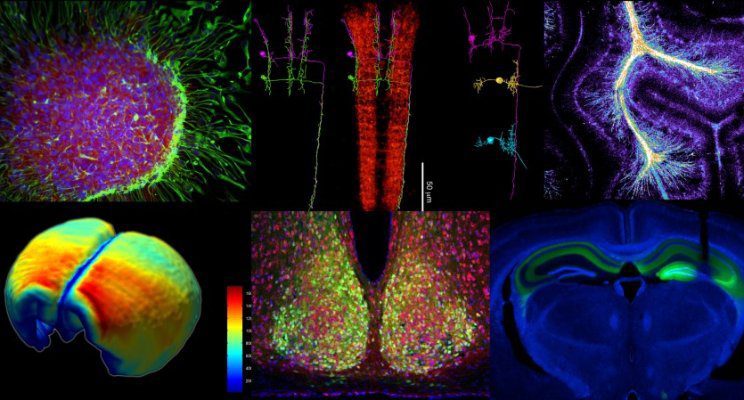 Kevin Gray: Marketers often use the word neuroscience very loosely and probably technically incorrectly in some instances. For example, I’ve heard it used when “psychology” would have sufficed. Can you tell us what it means to you, in layperson’s words?

Nicole Lazar: Neuroscience, to me, refers loosely to the study of the brain. This can be accomplished in a variety of ways, ranging from “single neuron recordings” in which electrodes are placed into the neurons of simple organisms all the way up to cognitive neuroimaging of humans via methods such as functional magnetic resonance imaging (fMRI), positron emission tomography (PET), electroencephalography (EEG), and others. With single neuron recording of the brains of simple organisms, we get a very direct measure of activity – you can actually measure the neuronal activity over time (in response to presentation of some stimulus, for instance). Obviously we can’t typically do this type of recording on human beings; fMRI, PET, etc. give indirect measures of brain activation and activity. These are maybe the two extremes of the neuroscience spectrum. There is overlap between “neuroscience” and “psychology” but not all people involved in what I think of as neuroscience are psychologists – there are also engineers, physicists, applied mathematicians, and, of course, statisticians.

KG: Many marketers believe that unconscious processes or emotion typically dominate consumer decision-making. Marketing will, therefore, be less effective if it assumes that consumers are purely rational economic actors. System 1 (“fast thinking”), as popularized by Daniel Kahneman, Dan Ariely and others, is commonly used by marketers to describe this non-rational aspect of decision-making. “System 1 thinking is intuitive, unconscious, effortless, fast and emotional. In contrast, decisions driven by System 2 are deliberate, conscious reasoning, slow and effortful”, to quote Wikipedia. “Implicit” is also sometimes used synonymously with System 1 thinking. Is there now consensus among neuroscientists that this is, in fact, how people actually make decisions? Or is it still controversial?

NL: I don’t think there is consensus among neuroscientists about anything relating to how people process information, make decisions, and the like! “Controversial” is perhaps too strong a word, but these things are very complex. Kahneman’s framework is appealing, and it provides a lens for understanding many phenomena that are observable in the world. I don’t think it’s the whole story, though. And, although I’ve not kept up with it, I believe that more recently there have been some studies that also disrupt the System 1/System 2 dichotomy. Clearly we have some way to go before we will reach deeper understanding.

KG: Neuromarketing can mean different things to different people but, broadly-defined, it attempts to measure unconscious responses to marketing stimuli, i.e., fast thinking/implicit response. fMRI, EEG, MEG, monitoring changes in heart and respiration rates, facial coding, Galvanic Skin Response, collages and the Implicit Association Test are perhaps the most common tools used. Based on your expertise in neuroscience, are any of these tools out of place, or are they all, in one way or another, effective methods for measuring implicit/fast thinking?

NL: First, I don’t consider all of these measures to be “neuroscientific” in nature, at least not as I understand the term. Changes in heartbeat and respiration, galvanic skin response – these are physiological responses, for sure, but even more indirect measures of brain activation than are EEG and fMRI. That’s not to say that they are unconnected altogether to how individuals are reacting to specific marketing stimuli. But, I think one should be careful in drawing sweeping conclusions based on these tools, which are imperfect, imprecise, and indirect. Second, as for fMRI, EEG, and other neuroimaging techniques, these are obviously closer to the source. I am skeptical, however, of the ability of some of these to capture “fast thinking.” Functional MRI for example has low temporal resolution: images are acquired on the order of seconds, whereas neuronal activity, including our responses to provocative stimuli such as advertisements, happens much quicker – on the order of milliseconds. EEG has better time resolution, but its spatial resolution is poor. Reaching specific conclusions about where, when, and how our brains respond to marketing stimuli requires both temporal resolution and spatial resolution to be high.

KG: Some large marketing research companies and advertising agencies have invested heavily in neuromarketing. fMRI and EEG, in particular, have grabbed a lot of marketers’ attention in recent years. First, beginning with fMRI, what do you feel are the pros and cons of these two methods as neuromarketing techniques?

NL: I’ve mentioned some of this already: resolution is the key. fMRI has good spatial resolution, which means that we can locate, with millimeter precision, which areas of the brain are activating in response to a stimulus. With very basic statistical analysis, we can localize activation. That’s an advantage and a big part of the popularity of fMRI as an imaging technique. It’s harder from a statistical modeling perspective to understand, say, the order in which brain regions activate, or if activation in one region is leading to activation in another, which are often the real questions of interest to scientists (and, presumably, to those involved in neuromarketing as well). Many statisticians, applied mathematicians, and computer scientists are working on developing methods to answer these more sophisticated questions, but we’re not really there yet.

The major disadvantage of fMRI as a neuroimaging research tool is, again, its relatively poor temporal resolution. It sounds impressive when we tell people that we can get a scan of the entire three-dimensional brain in two or three seconds – and if you think about it, it’s actually quite amazing – but compared to the speed at which the brain processes information, that is too slow to permit researchers to answer many of the questions that interest them.

Another disadvantage of fMRI for neuromarketing is, I think, the imaging environment itself. What I mean by this is that you need to bring subjects to a location that has an MRI machine, which is this big very powerful magnet. They are expensive to acquire, install, and run, which is a limitation even for many research institutions. You have to put your test subjects into the scanner. Some people have claustrophobia, and can’t endure the environment. If you’ve ever had an MR scan, you know that the machine is very noisy, and that can bother and distract as well. It also means that the research (marketing research in this case, but the same holds true for any fMRI study) is carried out under highly artificial conditions; we don’t usually watch commercials while inside a magnetic resonance imaging scanner.

KG: How about EEG?

NL: The resolution issues for EEG and fMRI are the opposite of each other. EEG has very good temporal resolution, so it is potentially able to record changes in neuronal activity more in real-time. For those who are attempting to pinpoint subtle temporal shifts, that can be an advantage. In terms of the imaging environment, EEG is much friendlier and easier than fMRI in general. Individuals just need to wear a cap with the electrodes, which is not that cumbersome or unnatural. The caps themselves are not expensive, which is a benefit for researchers as well.

On the other hand, the spatial resolution of EEG is poor for two reasons. One is that the number of electrodes on the cap is not typically large – several hundred spaced over the surface of the scalp. That may seem like a lot at first glance, but when you think about the area that each one covers, especially compared to the millimeter-level precision of fMRI, localization of activation is very amorphous. In addition, the electrodes are on the scalp, which is far removed from the brain in terms of the generated signal. All of this means that with EEG we have a very imprecise notion of where in the brain the activation is occurring.

KG: As a statistician working in neuroscience, what do you see as the biggest measurement challenges neuroscience faces?

NL: The data are notoriously noisy, and furthermore tend to go through many stages of preprocessing before the statisticians even get to see them. This means that an already indirect measure undergoes uncertain amounts of data manipulation prior to analysis. That’s a huge challenge that many of us have been grappling with for years. Regarding noise, there are many sources, some coming from the technology and some from the subjects. To make it even more complex, the subject-driven noise can be related to the experimental stimuli of interest. For example, in fMRI studies of eye motions, the subject might be tempted to slightly shift his or her entire head while looking in the direction of a stimulus, which corrupts the data. Similarly, in EEG there is some evidence that the measured signal can be confounded with facial expressions. Both of these would have implications on the use of imaging for neuromarketing and other trendy applications. Furthermore, the data are large; not “gigantic” in the scale of many modern applications, but certainly big enough to cause challenges of storage and analysis. Finally, of course, the fact that we are not able to get direct measurements of brain activity and activation, and possibly will never be able to do so, is the largest measurement challenge we face. It’s hard to draw solid conclusions when the measured data are somewhat remote from the source signal, noisy, and highly processed.

KG: Thinking ahead 10-15 years, do you anticipate that, by then, we’ll have finally cracked the code and will fully understand the human mind and what makes us tick, or is that going to take longer?

NL: I’ll admit to being skeptical that within 10-15 years we will fully understand the human mind. That’s a short time horizon and the workings of our mind are very complex. Also, what is meant by “cracking the code”? At the level of neurons and their interconnections I find it hard to believe that we will get to that point soon (if ever). That is a very fine scale; with billions of neurons in the human brain, there are too many connections to model. Even if we could do that, it’s not evident to me that the exercise would give us true insight into what makes us human, what makes us tick. So, I don’t think we will be building the artificial intelligence or computer that exactly mimics the human brain – and I’m not sure why we would want to, what we would learn from that specifically. Perhaps if we think instead of collections of neurons – what we call “regions of interest” (ROIs) and the connections between those, progress can be made. For instance, how do the various ROIs involved in language processing interact with each other to allow us to understand and generate speech? Those types of questions we might be closer to answering, although I’m still not sure that 10-15 years is the right frame. But then, statisticians are inherently skeptical!

Bio: Kevin Gray is president of Cannon Gray, a marketing science and analytics consultancy. Nicole Lazar is Professor of Statistics at the University of Georgia and author of the textbook The Statistical Analysis of Functional MRI Data. She is an elected fellow of the American Statistical Association and editor-in-chief of The American Statistician.