Artificial Neural Network (ANN) uses the processing of the brain as a basis to develop algorithms that can be used to model complex patterns and prediction problems.

Lets begin by first understanding how our brain processes information:

In our brain, there are billions of cells called neurons, which processes information in the form of electric signals. External information/stimuli is received by the dendrites of the neuron, proccessed in the neuron cell body, converted to an output and passed through the Axon to the next neuron. The next neuron can choose to either accept it or reject it depending on the strength of the signal. 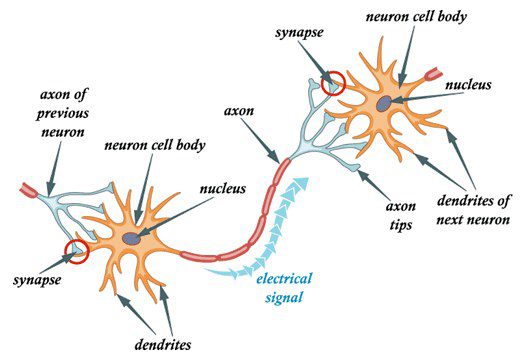 Now, lets try to understand how a ANN works:

As you can see from the above, an ANN is a very simplistic representation of a how a brain neuron works.

To make things clearer, lets understand ANN using a simple example: A bank wants to assess whether to approve a loan application to a customer, so, it wants to predict whether a customer is likely to default on the loan. It has data like below: 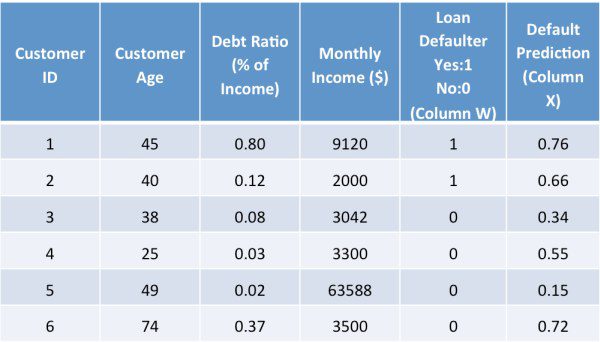 So, we have to predict Column X. A prediction closer to 1 indicates that the customer has more chances to default.

Lets try to create an Artificial Neural Network architecture loosely based on the structure of a neuron using this example: 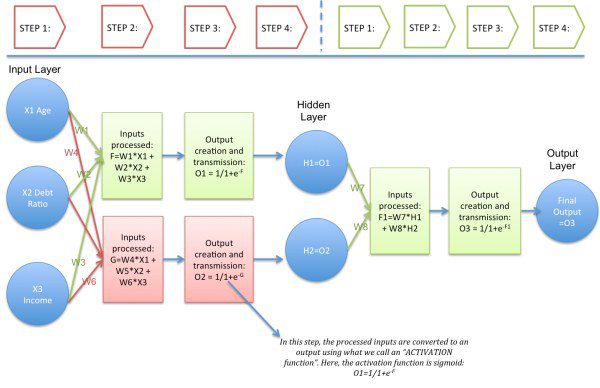 In general, a simple ANN architecture for the above example could be: 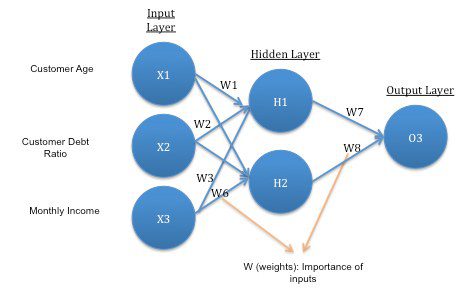 Key Points related to the architecture:

Here, the output value (O3) is between 0 and 1. A value closer to 1 (e.g. 0.75) indicates that there is a higher indication of customer defaulting.