Beginners Ask “How Many Hidden Layers/Neurons to Use in Artificial Neural Networks?”

By the end of this article, you could at least get the idea of how these questions are answered and be able to test yourself based on simple examples.

Beginners in artificial neural networks (ANNs) are likely to ask some questions. Some of these questions include what is the number of hidden layers to use? How many hidden neurons in each hidden layer? What is the purpose of using hidden layers/neurons? Is increasing the number of hidden layers/neurons always gives better results? I am pleased to tell we could answer such questions. To be clear, answering such questions might be too complex if the problem being solved is complicated. By the end of this article, you could at least get the idea of how these questions are answered and be able to test yourself based on simple examples.

ANN is inspired by the biological neural network. For simplicity, in computer science, it is represented as a set of layers. These layers are categorized into three classes which are input, hidden, and output.

Here are some guidelines to know the number of hidden layers and neurons per each hidden layer in a classification problem:

To make things clearer, let’s apply the previous guidelines for a number of examples.

Let’s start with a simple example of a classification problem with two classes as shown in figure 1. Each sample has two inputs and one output that represents the class label. It is much similar to XOR problem. 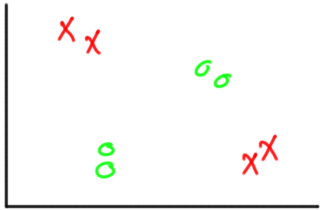 In artificial neural networks, hidden layers are required if and only if the data must be separated non-linearly.

Knowing that we need hidden layers to make us need to answer two important questions. These questions are:

Following the guidelines, next step is to express the decision boundary by a set of lines.

Where x_i is the input, w_i is its weight, b is the bias, and y is the output. Because each hidden neuron added will increase the number of weights, thus it is recommended to use the least number of hidden neurons that accomplish the task. Using more hidden neurons than required will add more complexity.

In this example, the decision boundary is replaced by a set of lines. The lines start from the points at which the boundary curve change direction. At such point, two lines are placed, each in a different direction.

Because there is just one point at which the boundary curve change direction as shown in figure 3 by a gray circle, then there will be just two lines required. In other words, there are two single layer perceptron networks. Each perceptron produces a line. 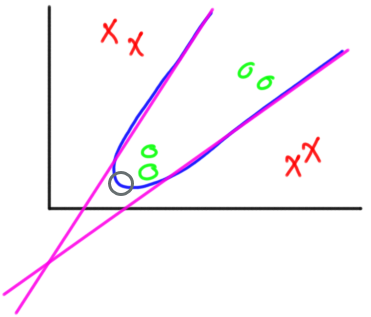 Knowing that there are just two lines required to represent the decision boundary tells us that the first hidden layer will have two hidden neurons.

Fortunately, we are not required to add another hidden layer with a single neuron to do that job. The output layer neuron will do the task. Such neuron will merge the two lines generated previously so that there is only one output from the network. 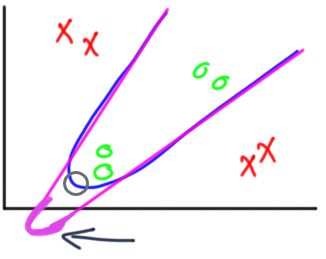 After knowing the number of hidden layers and their neurons, the network architecture is now complete as shown in figure 5. 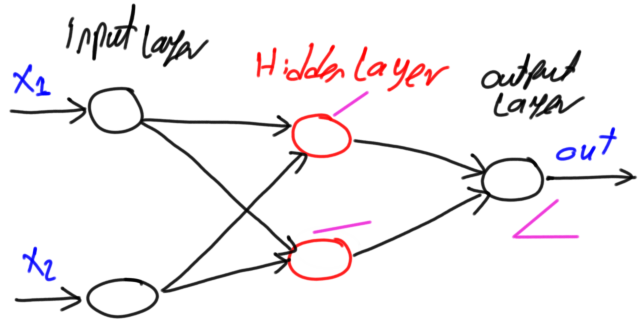 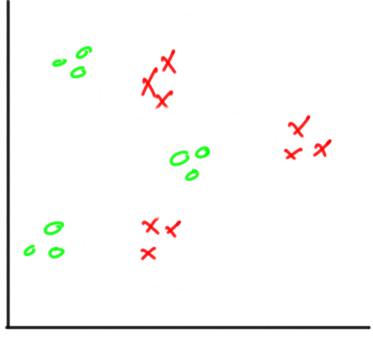 The next step is to split the decision boundary into a set of lines, where each line will be modeled as a perceptron in the ANN. Before drawing lines, the points at which the boundary change direction should be marked as shown in figure 7(b). 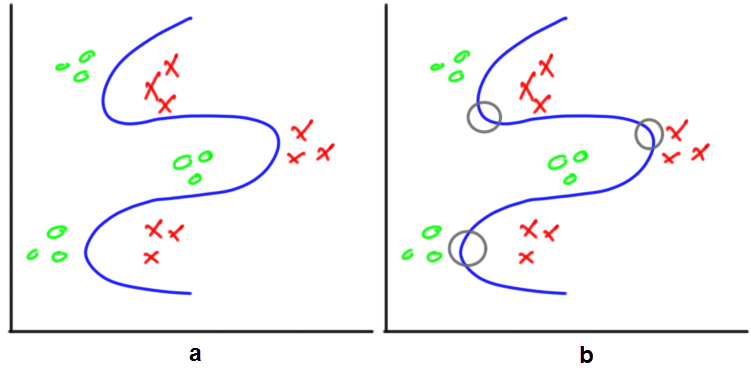 The question is how many lines are required? Each of top and bottom points will have two lines associated to them for a total of 4 lines. The in-between point will have its two lines shared from the other points. The lines to be created are shown in figure 8. 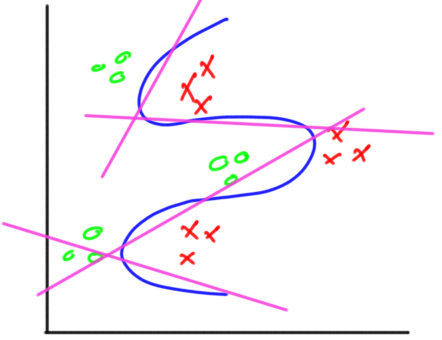 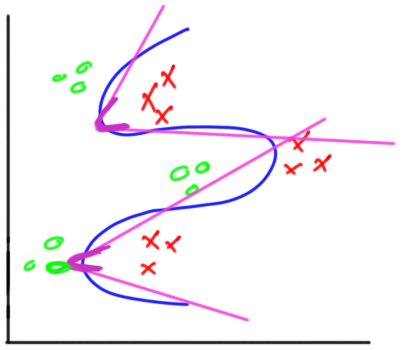 Up to this point, there are two separated curves. Thus there are two outputs from the network. Next is to connect such curves together in order to have just a single output from the entire network. In this case, the output layer neuron could be used to do the final connection rather than adding a new hidden layer. The final result is shown in figure 10. 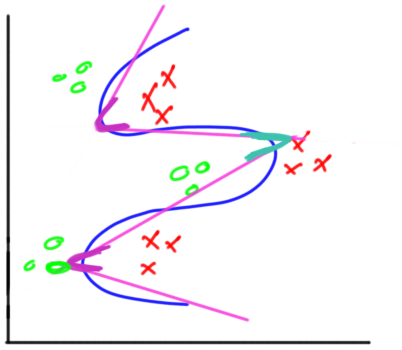 After network design is complete, the complete network architecture is shown in figure 11. 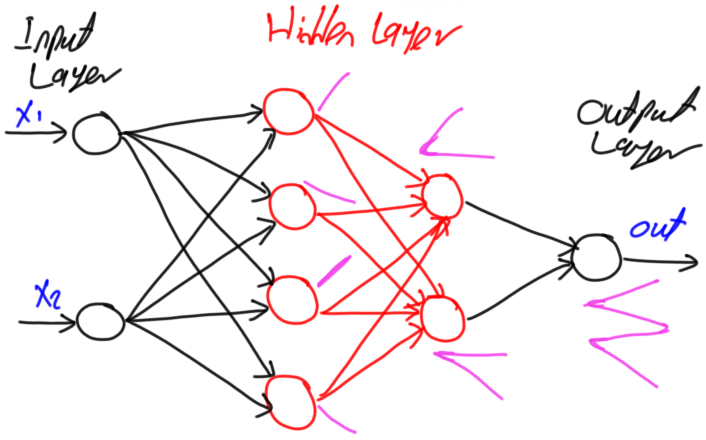