Because big data touches almost every industry across the board, those who aren’t already working in data and analytics will soon be utilizing the technology for its undeniable business benefits. Whichever way you slice it, the future of work is through data. 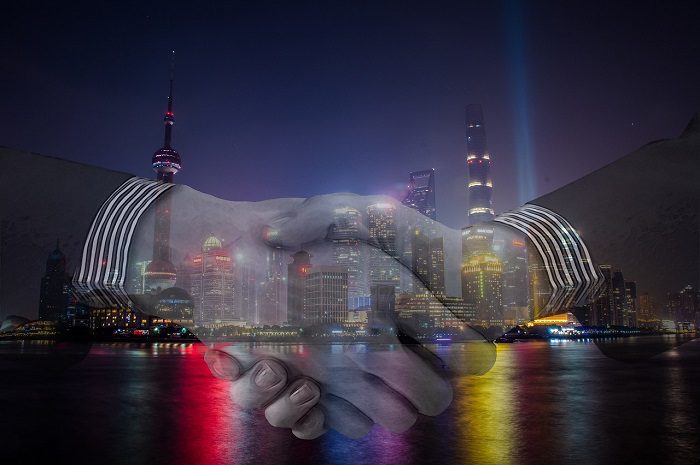 About 10 years ago, “big data” was little more than a buzzword to most people. Now, the field of big data and analytics is driving the bulk of business operations, marketing strategies, logistical decisions, and, of course, the burgeoning field of AI.

Since then, big data and cloud technology have both become so accessible and commonplace that any organization worth their salt, no matter the size, should be leveraging insight from big data analytics and technology — and industry reports show that they are beginning to. According to the Dresner Advisory Services’ Big Data Analytics Market Study 2017, big data adoption was up 53 percent in 2017 across all companies surveyed, a marked uptick from the 17 percent reported in 2015.

This adoption rate makes sense, considering how quickly digital touchpoints have been and still are proliferating around the globe. By 2020, there will be an estimated 6.1 billion smartphone users worldwide, creating exorbitant amounts of data every second. In fact, the amount of data in our digital universe doubles about every two years, and is predicted to reach a size of 40,000 exabytes (or 40 trillion gigabytes) by 2020 as well, according to Baseline Magazine.

All of this adds up to an industry that is quickly becoming invaluable in our modern world — and which provides some of the most sought-after careers on the job market. Glassdoor reports that “Data Scientist” tops the list of 50 best jobs in America at the end of 2018, with a median base salary of $110,000.

Of course, there are plenty of other positions related to the field of data and analytics, with graduates, job seekers, and those seeking career changes alike all vying for an opportunity to execute them. Because big data touches almost every industry across the board, those who aren’t already working in data and analytics will soon be utilizing the technology for its undeniable business benefits. Whichever way you slice it, the future of work is through data.

As a result of the rise of cloud computing, the IoT, and the collection/storage of all the data generated by these technologies and connected devices, more people are needed than ever to work in the information technology sector. In fact, according to statistics established in the US Bureau of Labor Statistics’ 2016-2017 Occupational Outlook Handbook (OOH), employment in the Computer and Information Technology occupation group is projected to increase 12.5 percent in the 10-year period between 2014 and 2024. This is well ahead of the 6.5 percent growth projected for the rest of the job market, adding a potential 488,500 jobs to the workforce.

Big data’s vast versatility of application explains not only the high volume of positions opening up in IT, but also owes to the colorful diversity found between careers connected to data. On the one hand, you might find yourself in marketing, analyzing customer behavior and mapping segmentation models to dramatically improve customer acquisition and retention, essentially looking at past data to predict future trends.

On the other hand, a career in data might center around the security of customer data, rather than the analysis of it. Ashley Stein, writing for the Record Nations blog, notes that an essential part of any organization’s data breach recovery plan should include hiring an outside expert to investigate the issue.

“Bringing in a third-party IT professional or company that specializes in incident response and gap analytics will allow you to gain outside perspective on the data breach,” she writes.

While the career possibilities surrounding big data and analytics seem limitless, strategic business and technology advisor, Bernard Marr, has identified six tech and data jobs that were most in-demand throughout 2018. Writing for Forbes, he lists:

While these jobs represent a tiny swath of the overall market, competition for them and for other jobs related to big data is fierce. So what are executives and hiring managers looking for in potential big data hires, and what can you do to secure a career in big data?

Securing a Career in Big Data

According to Maryville University’s post concerning heightened demand for data analytics grads, CEOs all over the world are looking for candidates who possess specific knowledge and skills, such as:

Some of these points are more important than others, but the most qualified candidates will have all of them covered and more. For example, the importance of understanding a multitude of coding/programming languages and tools must not be underestimated.

In his article, “Top 10 Big Data Skills in Huge Demand in 2018,” tech writer Amit Verma actually lists more than 10 languages and systems, with some of these elements nestled into each other. In all, he lists specifically:

Obviously, every position is different, and should be treated as such when applying for it.

In his KDnuggets piece on how to choose a data science job, Kirill Eremenko, Director at SuperDataScience, agrees.

“As with any other position, always read the spec thoroughly before you apply,” he writes. “Data Scientists are sticklers for detail — make sure that you prove it in your application!”

Another quality (not mentioned above) that CEOs and hiring managers are looking for in potential big data hires is the ability to demonstrate “flexibility” or “adaptability.” This is because big data and analytics has been such a disruptive field itself, in relation to the rest of the workforce — assuming any type of immunity to similar disruptive forces would be severely asinine. In fact, disruptive technological changes might already on the horizon for big data, as researchers have already begun experimenting on (with some success, I might add) how to store data using chlorine atoms and nanomagnets.

By staying up on industry trends, and brushing up on both your hard and soft skills, you can secure a job in data science yourself. Pay attention to detail, make sure that you have a great combination of both hard and soft skills, and be looking future-forward. There is a lot of opportunity when it comes to data science careers — make sure that you take the initiative to seize that opportunity.