Through this blog, I will list out the major reasons why you should learn Python and the 8 major data-driven reasons for learning it.

If you have plans to learn the Python Language, have you ever asked yourself, “why did I choose to learn Python?

Python is considered as one of the most in-demand and popular programming languages in the world of programming languages. In a recent Stack Overflow survey, Python has taken over C, C++, Java, and has made its way to the top. This is one of the major reasons why many programmers and newbie developers prefer to learn Python and consider Python certification as one of the most sought-after programming certifications. Through this blog, I will list out the major reasons why you should learn Python and the 8 major data-driven reasons for learning it. 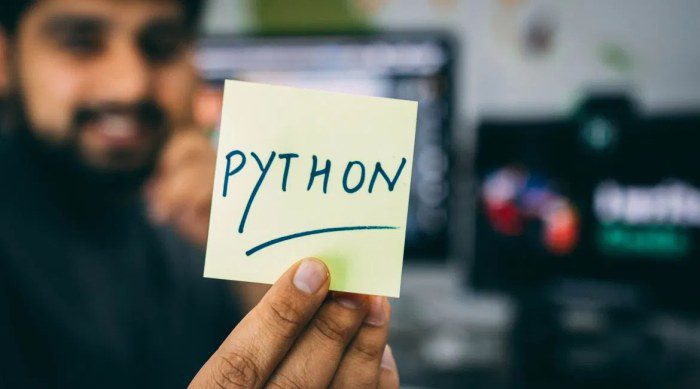 Why Should You Learn Python?

Every piece of knowledge becomes full when you start learning from the basics. Therefore, before you get to know the reasons why you learn Python, let me get you some introduction on Python, only to realise its power as a programming language. Python was introduced in the year 1991 by Guido van Rossum. When developing this language, he had some intentions in mind and he succeeded at developing a programming language which can used for:

Which are the functioning areas of Python?

Python is known to be a beginner-friendly language as it has a clean and readable syntax. In fact, Python has very little unnecessary standardized documents, which allows both beginners and experts to focus on the job at hand—instead of the code.

Moreover, Python’s readability and efficiency make it the number one most commonly taught introductory language at top universities. This will have some effect on the future job market and likely make Python an even more popular technology choice.

In some parts of the world, especially in the US, Python engineers have some of the highest salaries in the industry. According to Gooroo, a skill and salary analytics platform in the US, Python is the second best-paying programming language in the country (beating out C++, Java, and JavaScript) at nearly $103,500 per year.

The average salary for a Software developer with Python skills is around $76,746 and more for an entry-level developer and very high for a senior developer.

3. Python Developers are High in Demand

The demand for Python Developers is growing according to the latest job trends on Indeed.com. Therefore, having a Python Certification under your belt can help you land in a job in a very short time.

The demand for developers with Python skills clearly outstrips jobseeker interest. At the moment,the job market outlook for Python developers is excellent.

What’s really fuelling Python’s popularity is its high preference in application in data science and data engineering. When using Python, the most widely used libraries such as Pandas, NumPy, SciPy, combined by the ability to prototype quickly along with other tools enable data engineers to maintain high efficiency.

The year 2020 gives Python the high popularity as a language. As per the surveys conducted in February 2020, Python language ranks in the number 3 slot. It is honored with the title of fast-rising programming language that comes under the top 50.

In addition to this, according to the PYPL (Popularity Programming Language) Index, Python ranked as the most popular language based on the search engine searches when compared to other programming languages.

I am sure, the majority of developers who’ve used Python at least once would agree to my opinion that coding anything in this language would save a lot of your time than most other technologies.

For example, here I have made a comparison with Java, you get the same results but see the coding:

The classic “Hello, world” program illustrates with Java would be like this:

To get the same result, all you have to give in Python is:

This is proof that Python saves time.

6. Python Has a Huge Number of Resources

Python has got a huge number of resources which is helping it to get updated. These resources include a built-in unit testing framework. an impressive standard library with built-in functionality, and more than enough frameworks and environments that allow you to focus on writing the website or app at hand.

Django is the most commonly used Python web framework, but there’s also Pyramid, web2py, Flask, Zope 2, and a few more.

Python is called a portable language in the sense that a user who has a Python Code for Windows can execute and run on any platforms like Mac, Linux, or Unix without any amendments in code. The extensible feature of Python enables users to write Python code into languages like C or C++.

Have you ever dreamt about working for tech giants like Google or Facebook? Python could be your way in, as these companies, as well as Dropbox, YouTube, Instagram, Quora, Mozilla, IBM, Yahoo, and many others use Python for a wide array of purposes, and are constantly hiring Python developers. Therefore, earn training in Python and secure a Python Certification.

Python as a programming language will continue to expand into new areas of computing. It will be the primary IoT programming language. The current market trends prove that a Python Developer has huge possibilities in the coming years. Whether you are an experienced programmer or a fresher the best tips to learn python programming language is find out your learning style and go deep into coding. It will take time but step-by-step you will achieve it. Given the wide areas of computing that Python occupies and the major applications written in Python, I think the job perspectives for Python developers are very solid.

Bio: Sharafudheen Mangalad is the managing director of a chain of educational institutions in the UAE. With more than 10 years of experience in the education industry, he successfully runs Edoxi Training Institute in Dubai and Time Training Center Abu Dhabi. He is a strategist and a leader able to steer the company to the most profitable direction while also implementing its vision, mission and long term goals. He always makes sure that his business continues to grow by identifying, developing and implementing the new strategies. He leads his team in alignment with the company's vision and values while preparing and implementing comprehensive business plans to facilitate achievement.