How To Calculate Algorithm Efficiency

In this article, we will discuss how to calculate algorithm efficiency, focusing on two main ways to measure it and providing an overview of the calculation process.

By Nahla Davies, KDnuggets on September 20, 2022 in Programming 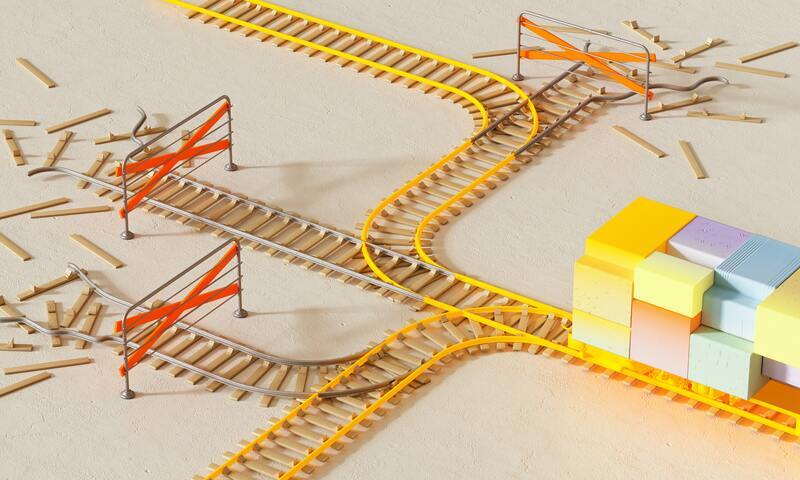 Photo by DeepMind on Unsplash

Almost all forms of technology use algorithms to perform complex functions, ranging from search engines to mobile apps and video games to social media. However, when creating an algorithm, it is important to make it as streamlined as possible so it does not strain the software or device that runs it.

In this article, we will discuss how to calculate algorithm efficiency, focusing on two main ways to measure it and providing an overview of the calculation process.

What is Algorithmic Efficiency, and Why is it Important?

Algorithm efficiency relates to how many resources a computer needs to expend to process an algorithm. The efficiency of an algorithm needs to be determined to ensure it can perform without the risk of crashes or severe delays. If an algorithm is not efficient, it is unlikely to be fit for its purpose.

We measure an algorithm’s efficiency by how many resources are used to process it. An efficient algorithm uses minimal resources to perform its functions.

Algorithms can be used for various functions, including machine learning algorithms, protection against cybercrime, and making the internet safer. When browsing the web, you should also always be aware of how to protect yourself from identity theft and other criminal activity.

What are the Main Ways to Measure Algorithm Efficiency?

This section will discuss the two main measures for calculating algorithm efficiency. These are time complexity and space complexity. However, a direct comparison cannot be made between them; therefore, we need to consider a combination of the two.

Simply put, space complexity refers to the amount of memory needed during the execution of a program compared to the function input, i.e., the amount of memory on a computer or device that is required. The memory type could include registers, cache, RAM, virtual memory, and secondary memory.

Mathematically, the space equals the sum of the two components below:

Therefore, space complexity S(a) of any algorithm is calculated as follows:

Time complexity is the total time required to execute an algorithm, and it depends on all of the same factors used by space complexity, but these are broken down into a numerical function.

This measure can be useful when comparing different algorithms, mainly when large quantities of data are being processed. However, if the amount of data is small, more detailed estimates will be needed when comparing the performance of algorithms. Time complexity is less effective when an algorithm uses parallel processing.

Time complexity is defined as T(num). It is measured by the number of steps, as long as each step equates to the constant time.

An algorithm’s complexity is defined by some key criteria; namely, the movement of the data and the comparison of keys - for example, how many times the data is moved and the key is compared. When measuring the complexity of an algorithm, we use three cases:

The Process of Calculating Algorithm Efficiency

Two stages need to be completed when accurately calculating the efficiency of an algorithm - theoretical analysis and benchmarking (measuring the performance). We will provide a summary of each stage below.

In relation to algorithms, theoretical analysis is usually the process of estimating an algorithm’s complexity in an asymptotic manner (approaching a value or curve arbitrarily closely). The most common way of describing the number of resources an algorithm uses is by using Donald Knuth’s Big O notation.

Using the Big O notation, programmers will measure algorithms to ensure they scale efficiently, regardless of input data size.

When analyzing and testing new algorithms or software, benchmarks are used to measure their performance. This helps to gauge an algorithm’s efficiency compared to other well-performing algorithms.

Let’s take a sorting algorithm as an example. Using benchmarks set by a previous version of the sorting algorithm can determine how efficient the current algorithm is, using known data while also taking into account its functional improvements.

Benchmarking also allows analysis teams to compare algorithm speed against various other programming languages to establish if improvements can be made. In fact, benchmarking can be implemented in various ways to measure performance against any predecessors or similar software.

Implementing a new algorithm can sometimes impact its overall efficiency. This could be down to the chosen programming language, the compiler options used, the operating system, or just how the algorithm has been coded. In particular, the compiler used for a specific language can greatly impact speed.

When measuring space and time complexity, not everything can be dictated by the programmer. Issues such as cache locality and coherence, data alignment and granularity, multi-threading, and simultaneous multitasking can all impact performance, regardless of the programming language used or how the algorithm is written.

The processor used to run the software can also cause problems; some processors may support vector or parallel processing, whereas others may not. In some cases, utilizing such capabilities may not always be possible, making the algorithm less efficient and requiring some reconfiguration.

Finally, the instruction set used by a processor (e.g., ARM or x86-64) may affect how quickly instructions are processed on various devices. This makes it difficult to optimize compilers due to the number of different hardware combinations that need to be considered.

An algorithm needs to be processed very quickly, so it must perform as flawlessly as possible. This is why every new algorithm goes through testing to calculate its efficiency, using theoretical analysis and benchmarking to compare it against other algorithms.

Time and space complexity are the two main measures for calculating algorithm efficiency, determining how many resources are needed on a machine to process it. Where time measures how long it takes to process the algorithm, space measures how much memory is used.

Unfortunately, numerous challenges, such as the programming language used, the processor, the instruction set, etc., can arise during the implementation process, causing headaches for programmers.

Despite this, time and space complexity have proven to be very effective ways of measuring algorithm efficiency.