The top datasets for December 2013 include

NFL Game Metadata Since 1980 (CSV file). mapItOut reddit user explains how to link the metadata with the results:

Average wait times for emergency rooms across the country, from [ProPublica/CMMS].

You can haz datasets! We now have over 4M financial, economic, and social datasets available.

Our DaaS platform Quandl is a free and open index of currently over 4 million datasets that is growing daily. We also released a Python package to go with our R, MATLAB, and excel ones this week. They allow easy API access to every single one. www.quandl.com/ 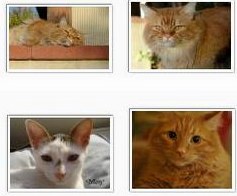 Database of Cat Pictures. (really, and not /r/pics).

The CAT dataset includes 10,000 cat images. Each image has annotations of the cat head with nine points, two for eyes, one for mouth, and six for ears.

The "gilded" posts include: