4 Reasons Why We Need More Women In Big Data

Gender imbalance in the workforce has been highlighted alarmingly during the recent years. Here, we are providing you a couple of reasons, including the inherent advantage and lack of stereotype for role to hire women data scientists. 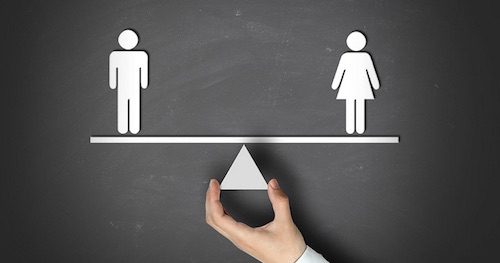 Big data and analytics have become a focus for several companies over the last few years, but one of the biggest challenges many face is in the recruitment of qualified employees to effectively implement new initiatives. Alongside this has come the increasing importance of a diversified workforce in all sectors of society, something particularly relevant due to ongoing inequality in many industries, especially tech and science. According to census data, 47.4% of the total labor force in the US is female and yet only 25% of STEM roles are filled by women.

There are countless reasons for companies to make sure their data and analytics departments are made up of more women, we look at four below.

There is currently a skills gap in the big data and analytics market, with McKinsey claiming that by 2018 we could see a shortfall of 140,000 to 190,000 applicants. Quite simply, there are significantly more jobs than people to fill them and due to this, the industry and individual companies are suffering and will suffer even further in the future.

From nothing more than a practical perspective, by employing more women and actively trying to get better female representation in relevant university courses, there will be and increased number of people to hire. Through creating more competition for jobs, the quality of the applicant will naturally increase and this in turn will result in new innovations and entrepreneurship amongst the most data driven companies.

Cutting out 50% of the population from a business area that is already struggling for enough applicants simply makes no sense when The U.S. Bureau of Labor Statistics predicts there will be a 24% increase in demand for professionals with data analytics skills over the next eight years.

Although the differences between males and females are not as pronounced as many would have us believe only a few years ago, there are clear cognitive differences between the two genders. This has been shown consistently through the use of grey and white matter, as well as blood flow and even structural differences in the makeup of different areas of the brain, with women naturally having a larger hippocampus, or human memory center, therefore able to naturally take in more sensorial information.

According to Psychology Today ‘The female brain, in part thanks to far more natural blood flow throughout the brain at any given moment (more white matter processing), and because of a higher degree of blood flow in a concentration part of the brain called the cingulate gyrus, will often ruminate on and revisit emotional memories more than the male brain.’ This difference means that interpretations and biases between the two genders can be significant, especially when it comes to the analysis and input of data.

This is not to say that one way of thinking is right, whilst the other is wrong, but more that through having two different perspectives there is likely to be a more accurate consensus created.

At present, data and analytics are in their formative years, having only really been effectively used in companies for the past 10 years. This means that the male/female balance that currently exists does not need to be something inherent in the roles, as it has become in the banking, financial and tech industries. For instance, of all Facebook employees, only 32% are female and of all the board members from the six largest banks in the world, only 20% are female.

Through making sure that there are equal opportunities in data driven industries and departments at this early stage of career development, it will mean that the industry can develop and grow around a balanced and diverse workforce, rather than the typical male dominated environments that have caused significant problems for other more traditional industries.

Data based roles are normally grouped (rightly or wrongly) with the technology sector, and given the current controversy surrounding the number of women and minorities working within this sector, breaking away from this stereotype should be a priority. This needs to be done soon, as according to the Harvard Business Review, the percentage of women working in these areas has actually decreased since 1991 despite the area growing significantly. It is even more difficult to ascertain the reasoning for this as U.S. educational data shows no meaningful differences in math and science performance among more than seven million boys and girls in grades two through twelve, yet only 25% of STEM roles are filled by women.