TEDTalks have been a great platform for sharing ideas and inspirations. Here, we have sifted ten interesting talks for the data scientist from statistics, social media and economics domains.

TED is a nonprofitable organization devoted to Ideas Worth Spreading – through TED.com, they also schedule annual conferences, and local TEDx events. TEDTalks shares the best ideas from the TED Conference with the world, for free: trusted voices and convention-breaking mavericks, icons and geniuses, all giving the talk of their lives in 18 minutes. Data science has been in center of many of these talks. Here, we have collected top 10 of them based on the number of views. 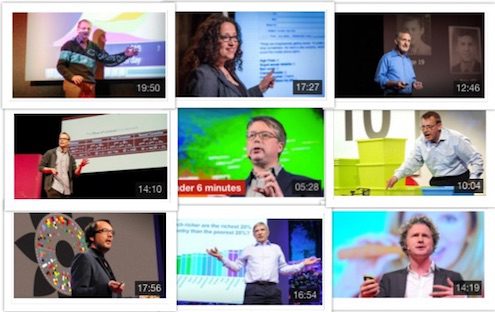 We hope that you will enjoy this talks. Please, do let us know more about your favorite online talk in data science.

Bio: Devendra Desale(@DevendraDesale) is a data science graduate student currently working on text mining and big data technologies. He is also interested in enterprise architectures and data-driven business. When away from the computer, he also enjoys attending meetups and venturing into the unknown.