The gender gap can extend to the lack of equal representation in certain industries or career paths, and there's an extraordinarily long way to go before people will be on equal footing in the labor market. Human resources professionals can rely on data analytics to make progress.

The gender gap refers to the differences men and women experience related to what they can or want to attain in the labor market. One of the most common ways people speak about this issue is by bringing up how women often don't earn as much as men, even when they assume similar roles.

But the gender gap can also extend to the lack of equal representation in certain industries or career paths. There's an extraordinarily long way to go before people will be on equal footing in the labor market. Fortunately, human resources (HR) professionals can rely on data analytics to make progress. 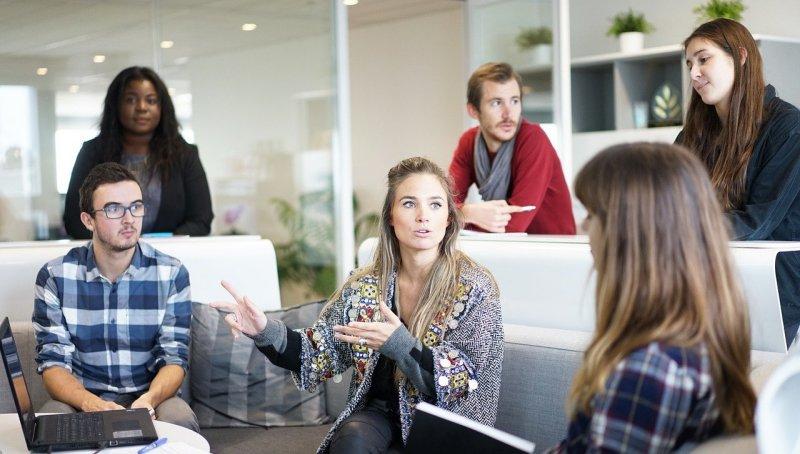 1. Artificial Intelligence Can Remove Some Sources of Bias

Evidence suggests that artificial intelligence (AI) shows promise for getting rid of bias that may crop up in hiring practices. For example, a company's hiring history may make it biased. U.S. federal law states that it's okay for an HR professional to use a tool that applies a job-related selection process.

In other words, the tool might look at the characteristics that made a person succeed in a role, then cause an HR professional to repeatedly choose professionals who fit into those parameters. Problems can result, for example, if it just so happens that the majority of people who excelled in their roles were white men. Did that happen because they genuinely were better than others, or because the system never gave minorities a chance?

AI would not be a perfect solution. It, too, can show bias, mainly because human programming is at the heart of what makes AI work, and people aren't wholly non-judgmental. But with experimentation and hard work dedicated to improving AI algorithms, we may someday eliminate many of the types of unconscious bias in the workplace and hiring process.

It's often said that people can't start to fix a problem until they're aware of it. So what if an HR professional has an overall impression that they work at a company without a massive gender gap problem, but the belief is incorrect?

This scenario could feasibly happen if an HR worker tends to regularly interact with an equal number of male- and female-identifying individuals. But there could be a substantial gender imbalance seen in other departments or shown by people who don't often deal with the HR department.

A data analytics platform can show useful statistics, such as the gender breakdown in particular parts of the company or the percentage of females in leadership roles at a company. Then, HR teams can understand if gender problems exist. If data analytics platforms uncover such issues, people can see where the problems lie, then get to work addressing them.

Without the concrete information that data analysis programs provide — or in the absence of people complaining about a gender gap in a particular workplace — HR professionals may never realize how severe the issue is or that it's there at all.

As mentioned in the introduction, people often discuss the gender gap by citing wage discrepancies. For example, statistics revealed the earnings of corporate compliance officers. They showed that female compliance professionals earn 76% less than their male counterparts.

In another case, researchers built a big data tool to check the gender ratio of sources quoted online by Canadian news outlets. It keeps track of each instance in near real-time. Unfortunately, considering that the results showed women never mentioned more than 26% of the time, there's a great deal of progress to make.

Even when HR professionals are lucky enough to work in organizations that strive to offer equal pay regardless of gender and feature women's perspectives regularly, the data-driven examples above could help them learn which mistakes not to make by showing them what's happening in society at large.

When companies work to increase diversity, they often narrow the gender gap in the process. Of course, hiring more people of the less dominant gender to work at a firm is only one way to boost diversity.

An enterprise could also change by hiring people from other cultures or countries, individuals who are disabled or professionals of a wide variety of ages. HR professionals should still see the connection between diversity and gender balance though.

When the financial brand U.S. Bank started using data-driven hiring practices, the results had a positive impact on diversity. But becoming more diverse was not the primary goal of the company. Instead, it hoped that Gallup Analytics could help find more top-tier managers, or so called "A-level talent."

Due to a tweaked process that applied predictive analytics early in and throughout the process, U.S. Bank found more of those desirable candidates in five weeks than it had during a year of using the old method. Concerning diversity, there was a 17% overall increase in diverse new hires and a 74% uptick in diverse top managers.

Only Scratching the Surface of What's Possible

The examples here should make HR professionals and the entire workforce feel more hopeful that the gender imbalance is a conquerable problem. They're only a glimpse of the options, but these applications could keep people motivated to work for positive changes in hiring and improve related aspects like wages and available positions.