A Key Missing Part of the Machine Learning Stack

With many organizations having machine learning models running in production, some are discovering that inefficiencies exists in the first step of the process: feature definition and extraction. Robust feature management is now being realized as a key missing part of the ML stack, and improving it by applying standard software development practices is gaining attention. 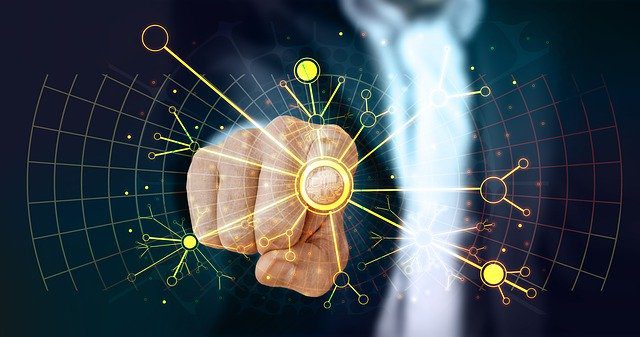 A few years ago, most machine learning (ML) and data science platform initiatives were focused on solving compute orchestration. Many companies posited that managing and sharing GPUs was a big issue, that Kubernetes was to be a cornerstone and that building tools around it was the right bet. Hence Rise ML or the company I co-founded, Clusterone, or open-source projects like Kubeflow. Some have failed, some have succeeded, most are still in very early days (Kubeflow announced a 1.0 release candidate recently).

It seems to me that most of the focus at that time was on training models, but no framework had all the pieces of the ML puzzle. Those who claimed to cover the complete story were focused on training + deployment. Data management, feature extraction, feature selection were overlooked by the main platforms, as well as the communication gap between data scientists and data engineers. Most platform companies ignored that pain, “We don’t want to rebuild ETL,” was the rationale.

Fast forward to the present, and the picture has changed. Machine learning teams have realized that they were wasting massive amounts of time on the first step of model development: feature definition and extraction. And as ML experimentation and pipeline development were being influenced by best practices from software engineering (versioned, standardized, isolated, or containerized), feature engineering needed to become more structured and reliable. The rigor that applied to code management had been missing in data and feature management, but that was changing.

In the last year, we saw lots of momentum forming around a new trend (but an old idea): feature stores.

And we have seen big announcements and fundraises from companies like Logical Clocks and Kaskada, and Open Source projects such as Feast gaining momentum.

Let’s begin with an example. Suppose I am working in the data science team of a hotel booking platform company. I am tasked with building a hotel capacity prediction system. I have a data table of when customers check-in, and a table of when customers check out. I want to predict if a given hotel is going to have spare capacity. The first step will be for me to try and define useful ways of looking at the data. In our example, comparing check-in date and check out date per customer will yield whether a given room in a hotel is vacant or not. I can aggregate that at the hotel level and know how many rooms are available/free at a given time. From that feature, I can try and predict if there will be free rooms given capacity.

To get there, I have explored data, have written code to extract a potentially useful feature — including code to query, clean, filter, and aggregate data from the hotel booking database. Only after completing that, did I start working on my model.

Turns out that the feature (the number of free rooms in a hotel) is probably useful to many other folks in other data science teams across the company: the one that predicts high-level financial outcomes, the one that builds a product to help hotels forecast cleaning requirements, etc. But each of those teams is re-implementing the same feature computation pipeline so that they can use the same feature in their algorithms.

Worse, to ship the model to production, the data science team typically hands-off the model to the data engineering team, which will make it production-ready (executable at scale, faster, etc.). That team will typically rewrite the feature computation code (e.g., add more efficient ways to compare tables in real-time as new bookings are added)

At the end of the day, you may end up with many ways a feature such as the number of free rooms in a hotel is defined.

“As data scientists, you and I will choose different ways to look at things, say round things up differently. It can have a big impact. And every time we have to recompile every feature when we go to prod.” said Davit Bzhalava, a principal data scientist at Swedbank

There are several issues here:

That’s where feature stores come in.

A feature store is a central place where data features are defined, curated, consistently served, and shared. It offers traceability of the data from the source to the model.

Architecturally speaking, “it’s a dual database.” says Dr. Jim Dowling, CEO at Logical Clocks. “You have a low latency database for getting low latency access to feature data in online applications. And then you have a scale-out database that can store large volumes of feature data for training bigger and better models.”

Beyond that, feature stores redefine the way teams work and sit at the very center of the data science workflow, which is probably why they took a while to hit the market: they are complex products to build.

Project building feature stores are gaining momentum. It all started in 2017 when Uber Engineering introduced its internal Michelangelo platform. Since them, we have seen several open source projects gaining momentum, such as Feast, an open-source feature store maintained by Gojek, a South Asian on-demand booking app.

Two companies that have been first to announce their products to the market are Logical Clocks and Kaskada. Logical Clocks released an open-source feature store and commercially supported version in January 2019. Kaskada is currently in Beta, according to the company website. Both companies’ idea is to offer an end-to-end, integrated platform prominently featuring a feature store.

I heard similar thoughts from Kaskada, a Seattle-based startup that recently raised $8M. “We are building an end to end platform for feature engineering. We are not just a feature store. We enable you to build and visualize features. And then all the way to production and monitor the data in production. And I suspect that this will be the biggest differentiator, in particular vs. OSS,” says Kaskada’s CEO Davor Bonaci.

I always wonder what triggers the adoption of platform software. True, it will give access to next-level capabilities, or as Davor Bonaci has it “enable companies in the next tier of IT capabilities to have Amazon-like, Google-like data infrastructure.” But on the other hand, it will require process changes and mindset changes. Data scientists will have to think a bit more about best practices for defining features and computational issues. Data engineers will be involved earlier on in the process, and not just handed-off models.

It seems that the reason why feature stores are gaining adoption now is that, after a few years of experimentation, companies are now starting to run models in production. And they are seeing the complexity of doing so and feeling the need for more robust engineering (this reminds me a lot of DevOps: once you reach a certain scale, you re-architect, automate and make sure you are not reliant on that one team member that knows how to run things).

I asked what made a good feature store, and when is the right time to adopt.

Davit Bzhalava from Swedebank said that what triggered adoption was seeing people come and go from teams and feeling the need to apply DevOps principles to ML. “You need to reach the deployment point to realize that this is a problem. Then you have models in productions, people come and go, and you realize you need to make things more robust. We experienced that, then ran a POC of feature stores to solve it. We are now thinking about how we roll it out org-wise.” I heard similar thoughts listening to this collection of feature store real-world stories.

Davor Bonaci, CEO at Kaskada, agrees. “If we look at the market a couple of years ago, it was only a couple of companies that had meaningful ML use cases. Today we are seeing a transition to companies that have actual workloads in production. And they start realizing how much time they lose by having loose feature definition practices”. He also gives his views on how to select a feature store. “There are feature stores that are actual engines, and that store the formula, and compute on-demand. Some are just databases. So is it a database, or is it a store that has ways of expressing and compute features?”

In the past few years, machine learning has evolved from experimentation to production for many companies. This has created an emerging need for more robust and efficient approaches to model development, in particular in the mostly underlooked area of feature computation and management. The rise of feature stores has triggered a new wave of machine learning platforms. Adoption is still in its early days, but we will probably see big players emerge and big moves in the next few years.