The rapid development of Transformers have brought a new wave of powerful tools to natural language processing. These models are large and very expensive to train, so pre-trained versions are shared and leveraged by researchers and practitioners. Hugging Face offers a wide variety of pre-trained transformers as open-source libraries, and you can incorporate these with only one line of code.

The Transformer in NLP is a novel architecture that aims to solve sequence-to-sequence tasks while handling long-range dependencies with ease. The Transformer was proposed in the paper Attention Is All You Need. It is recommended reading for anyone interested in NLP.

NLP-focused startup Hugging Face recently released a major update to their popular “PyTorch Transformers” library, which establishes compatibility between PyTorch and TensorFlow 2.0, enabling users to easily move from one framework to another during the life of a model for training and evaluation purposes.

The Transformers library no longer requires PyTorch to load models, is capable of training SOTA models in only three lines of code, and can pre-process a dataset with less than 10 lines of code. Sharing trained models also lowers computation costs and carbon emissions.

I am assuming that you are aware of Transformers and its attention mechanism. The prime aim of this article is to show how to use Hugging Face’s transformer library with TF 2.0,

Getting started on a task with a pipeline

The easiest way to use a pre-trained model on a given task is to use pipeline(). 🤗 Transformers provides the following tasks out of the box:

Pipelines encapsulate the overall process of every NLP process:

The overall API is exposed to the end-user through the pipeline() method with the following structurs.

GPT-2 is a large transformer-based language model with 1.5 billion parameters, trained on a dataset of 8 million web pages. GPT-2 is trained with a simple objective: predict the next word, given all of the previous words within some text.

Since the goal of GPT-2 is to make predictions, only the decoder mechanism is used. So GPT-2 is just transformer decoders stacked above each other.

GPT-2 displays a broad set of capabilities, including the ability to generate conditional synthetic text samples of unprecedented quality, where the model is comfortable with large input and can generate lengthy output.

BERT (Bidirectional Encoder Representations from Transformers) makes use of a Transformer, which learns contextual relations between words in a text. In its vanilla form, Transformer includes two separate mechanisms — an encoder that reads the text input and a decoder that produces a prediction for the task. Since BERT’s goal is to generate a language model, only the encoder mechanism is used. So BERT is just transformer encoders stacked above each other.

“Distillation comes into the picture” 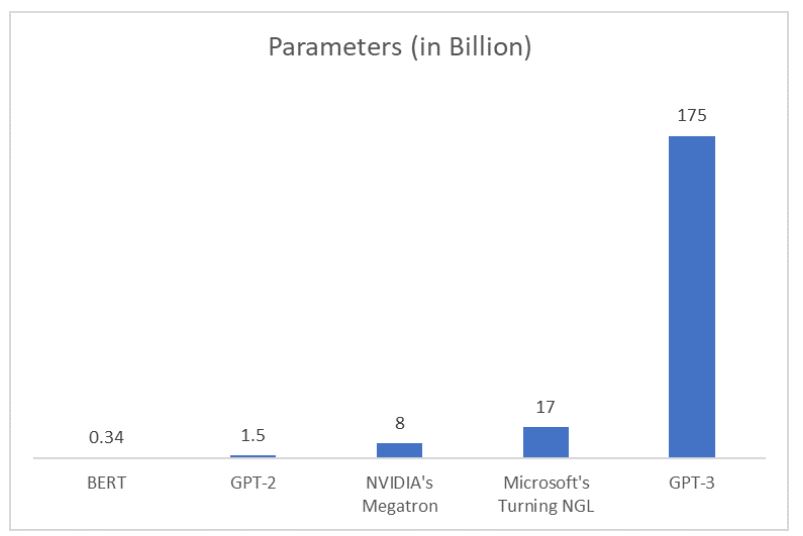 One of the main concerns while using Transformer based models is the computational power they require. All over this article, we are using the BERT model as it can be run on common machines, but that’s not the case for all of the models.

For example, Google released a few months ago T5 an Encoder/Decoder architecture based on Transformer and available in transformers with no more than 11 billion parameters. Microsoft also recently entered the game with Turing-NLG using 17 billion parameters. This kind of model requires tens of gigabytes to store the weights and a tremendous compute infrastructure to run such models, which makes it impracticable for the common man!

With the goal of making Transformer-based NLP accessible to everyone, Hugging Face developed models that take advantage of a training process called Distillation, which allows us to drastically reduce the resources needed to run such models with almost zero drops in performance.

Classifying text with DistilBERT and Tensorflow

You can find Classifying text with DistilBERT and Tensorflow in my Kaggle notebook.

You can also find Hugging Face python notebooks on using transformers for solving various use cases.