3 Differences Between Coding in Data Science and Machine Learning

The terms ‘data science’ and ‘machine learning’ are often used interchangeably. But while they are related, there are some glaring differences, so let’s take a look at the differences between the two disciplines, specifically as it relates to programming. 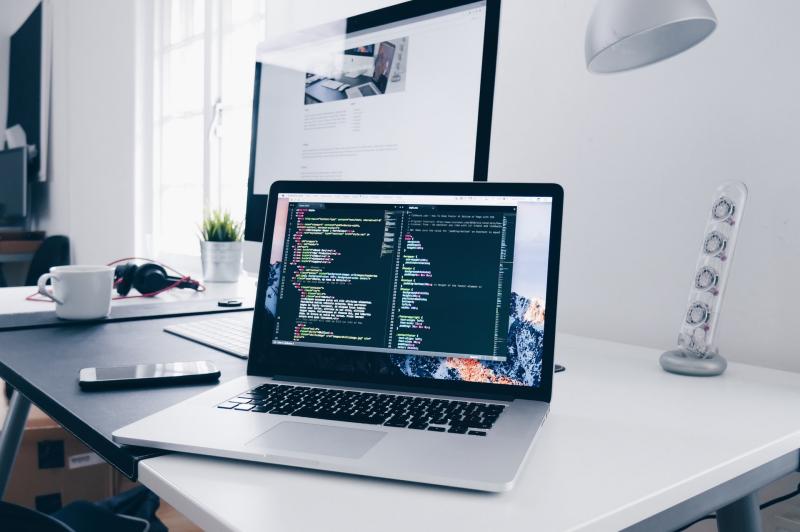 Photo by Christopher Gower on Unsplash

The terms ‘data science’ and ‘machine learning’ are often used interchangeably. But while they are related, there are some glaring differences, especially between the responsibilities of developers working in either field.

The market for developers is expected to continue to grow, and it’s possible to find even more lucrative jobs for those who specialize in data analytics and machine learning algorithms. So, let’s take a look at the differences between the two disciplines, specifically as it relates to programming.

What is data science?

Data science as a field requires an in-depth analysis of significant volumes of data, usually with the aim of finding ways to use it to support business goals. For example, business data can be used to inform competitive research, enhance research capabilities, improve web design, and more. Data scientists perform algorithmic coding, statistics, and data processing to formulate research questions, analyze the data, and present results as written and visual reports.

You can expect to pay an experienced freelance developer at least $60 an hour in the United States, and even more if they have data science experience. Data science is an increasingly sought after skill set in all manner of fields, from business to computer science.

What is machine learning?

Machine learning (ML) is a subset of data science specifically focused on training computers to make decisions based on past data. ML is what powers the class of technology we know as artificial intelligence (AI).

The algorithmic coding methods used in this field teach the computer to solve problems step-by-step, helping it learn more about processes and behaviors. In this way, the model teaches the computer to recognize patterns to predict future behavior. The result is a model that can fall under different categories, including unsupervised learning, supervised learning, and reinforcement learning.

A robust ML model will have the capability to run on various data sets and show reproducible results. This field has gained traction in the past few years, as AI is used to assist human decision-making in everything from data privacy and security to marketing.

Data science and machine learning go hand in hand, but certain aspects differ, such as coding practices, purpose, and expertise needed. Let’s take a closer look at these differences.

Machine learning developers are required to write code that builds and tests their models. ML developers usually take the time to inherently learn and understand languages such as C++ and Python. Python is the most common choice for ML.

Although widely similar, machine learning and data science have different purposes, resulting in unique coding techniques. For example, data scientists must prove hypotheses based on datasets and create a report or visual explaining their findings. The goal is to tell a story or form a theory based on data.

On the other hand, machine learning developers create algorithms and software that can help a computer learn independently. The coding is performed so that the computer can recognize patterns on its own and solve problems unsupervised. Machine learning results in models and algorithms that can be applied for faster decision making in a variety of fields.

Data scientists should be well versed in some or all of the following skills:

On the other hand, ML coders should have an in-depth understanding of:

Furthermore, it is worth noting that machine learning is a large field, and depending on the type of ML model you are going to create, engineers may also need certain other skills. For example, a natural language processing specialist will have a deep understanding of grammar and syntax as it relates to human and computer languages.

Data scientists are considered storytellers, where they analyze the data they are given and create conclusions on said data. This can not be done without a strong understanding of coding languages, among other skills. On the other hand, machine learning engineers are required to apply logic and critical thinking to code models that train classification and recognition tasks.

Many languages have come and gone, but these are the ones that are most useful today. Some are more necessary for ML, while others are best for data analytics.

This is one of the most popular coding languages for data scientists due to its flexibility and ability to support programming paradigms. Python allows data scientists to simplify the data mining process and create CSVs for future reporting. As previously mentioned, it’s also a big language for ML, so whichever track you’re in, Python is important to know.

JavaScript is a flexible language capable of handling several jobs at once. Moreover, it can be embedded in online programs and the electronics of a desktop, with impressive scalability.

Scala was made to solve the problems Java could not. As a result, it is popular with machine learning engineers for its scalability and efficiency when dealing with large data sets.

This is a statistical computer language used mainly by data scientists to prove or refute a hypothesis. R is almost exclusively used for data science, so it is a must to learn for this field.

Structured Query Language is primarily used for data management and can assist data scientists in working with databases.

Data scientists use Julia to perform high numerical and computational functions. In addition, it helps engineers solve certain mathematical principles such as linear algebra and can even work with matrices.

The computer industry is growing exponentially, and new aspects of computing are evolving every day. Data science and machine learning are two of the most important fields in this industry with incredible growth potential.

Developers and engineers looking to be a part of this industry must understand what each field entails and have the appropriate expertise to pursue their careers. That being said, whether you are looking to become a data scientist or a machine learning engineer, a firm grasp on coding is a must.

Bio: Nahla Davies has worked professionally in NYC and the Bay Area for a handful of companies building and managing compliance teams. In 2020, Nahla took a less active role in the industry to pursue a career on copywriting and professional consulting for SMBs. Nahla holds an undergraduate degree in Computer Science and a Master's degree in Software Engineering.