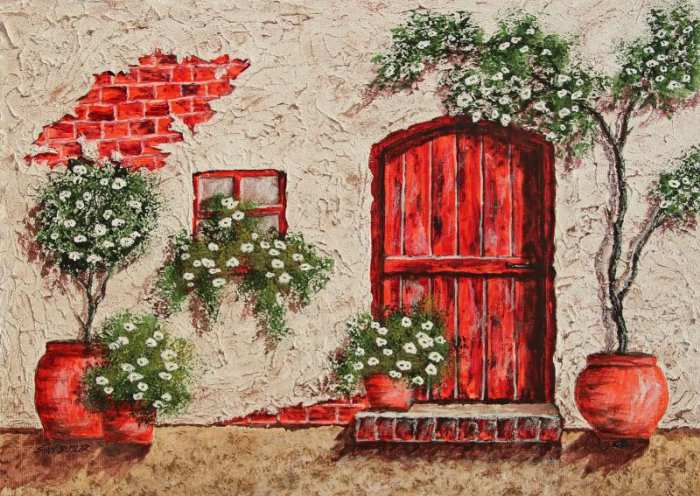 Photo by David Clode on Unsplash

Some people say feature selection and engineering is the most important part of data science projects. In many cases it’s not sophisticated algorithms, rather it’s feature selection that makes all the difference in model performance.

Too few features can under-fit a model. For example, if you want to predict house prices, knowing just the number of bedrooms and floor area is not good enough. You are omitting many important variables a buyer cares about such as location, school district, property age etc.

You can also come from the other direction and choose 100 different features that describe every tiny detail such as names of trees on the property. Instead of adding more information, these features add noise and complexity. Many of the features chosen might be outright irrelevant. On top of that, too many features add computational costs to train a model.

This is also where “science” meets “arts.”

The purpose of this article is to demystify feature selection techniques with some simple implementation. The techniques I’m describing below should equally work in regression and classification problems. Unsupervised classification (e.g. clustering) can be a bit tricky, so I’ll talk about it separately.

We don’t talk much about heuristics in data science but it is quite relevant. Let’s look at the definition (source: Wikipedia):

A heuristic or heuristic technique …. employs a practical method that is not guaranteed to be optimal, perfect, or rational, but is nevertheless sufficient for reaching an immediate, short-term goal or approximation.

This definition equally applies to feature selection, if done based on intuition. Just by looking at a dataset, you’ll get the gut feeling that such and such features are strong predictors and some others have nothing to do with the dependent variable and you feel that it’s safe to eliminate them.

If you are not sure, you can go a step further to check the correlation between features and the dependent variable.

With too many features in the dataset, just these heuristics— intuition and correlation — will get most of your job done in choosing the right features.

As an example, let’s say your company is allocating budgets for advertising in different channels (TV, radio, newspaper). You want to predict which channel is most effective as an advertisement platform and what’s the expected return.

Before you build a model you look at the historical data and found the following relationship between ad expenses on different platforms and corresponding sales revenue.

Based on the scatterplots what do you think are the best features to explain ad revenue? Clearly, newspaper ads do not have any significant impact on the outcome, so you may want to drop it from the model.

For demonstration, I’ll use the ‘iris’ dataset (source: Kaggle/UCI Machine Learning, license: CC0 public domain). It’s a simple dataset and has only 5 columns, nevertheless, you’ll get the key points across.

In the dataset “species” is the one that we want to predict and the remaining 4 columns are predictors. Let’s confirm the number of features programmatically:

The chi-squared-based technique selects a specific number of user-defined features (k) based on some scores. These scores are determined by computing chi-squared statistics between X (independent) and y (dependent) variables.

sklearn has built-in methods for chi-square-based feature selection. All you have to do is determine how many features you want to keep (let’s say, k=3 for the iris dataset).

Let’s now confirm that we’ve got the 3 best features out of 4.

For a large number of features, you can rather specify a certain percentage of features you want to keep or drop. It works in a similar fashion as above. Let’s say we want to keep 75% of features and drop the remaining 25%.

A Decision Tree would split data using a feature that decreases the impurity (measured in terms of Gini impurity or information gain). That means, finding the best feature is a key part of how the algorithm works to solve classification problems. We can then access the best features via feature_importances_ attribute.

Let’s first fit the “iris” dataset to a Random Forest Classifier with 200 estimators.

The output above shows the importance of each of the 4 features at reducing impurity at each node/split.

Since the Random Forest Classifier has many estimators (e.g. 200 decision trees above), we can calculate an estimate of the relative importance with a confidence interval. Let’s visualize it.

Now that we know the importance of each feature, we can manually (or visually) determine which features to keep and which one to drop.

Alternatively, we can take advantage of Scikit-Learn’s meta transformer SelectFromModel to do this job for us.

Some linear models have built-in L1 regularization as a hyperparameter to penalize features. Those features can be eliminated using the meta transformer SelectFromModel.

Sequential feature selection is an age-old statistical technique. In this case, you add (or remove) features to/from the model one by one, and check your model performance, and then heuristically choose which one to keep.

Sequential selection has two variants. The forward selection technique starts with zero feature, then adds one feature which minimizes the error the most; then adds another feature, and so on. The backward selection works in the opposite direction. The model starts with all features and calculates error; then it eliminates one feature which minimizes error even further, and so on, until the desired number of features remains.

Scikit-Learn module has SequentialFeatureSelector meta transformer to make life easier. Note that it works for sklearnv0.24 or later.

Clustering is an unsupervised machine learning algorithm, meaning you feed your data into a clustering algorithm and the algorithm will figure out how to segment the data into different clusters based on some “property”. These properties actually come from the features.

Does clustering require feature selection? Of course. Without appropriate features, the clusters could be useless. Let’s say you want to segment customers in order to sell high-end, mid-range and low-end products. That means you are implicitly using customer income as a factor. You could also through education into the mix. Their age and years of experience? Sure. But as you increase the number of features, the algorithm becomes confused as to what you are trying to achieve and therefore the outputs may not be exactly what you were looking for.

All that is to say, data scientists do not run clustering algorithms in a vacuum, they often have a hypothesis or question in mind. So the features must correspond to that need.

Data scientists take feature selection very seriously because of the impact it has on model performance. For a low dimensional dataset heuristics and intuition work perfectly, however, for high dimensional data, there are automated techniques to do the job. Most useful techniques include chi-squared and impurity-based algorithms as well as regularization and sequential feature selection. In addition, there are alternative techniques that can be made useful such as beta coefficients in regression, p-value, VIF, AIC/BIC and dimensionality reduction.

In the title of this article, I said “science meets art”. It is because there’s no right or wrong answer when it comes to feature selection. We can use science tools, but in the end, it can be a subjective decision made by a data scientist.

Thanks for reading. Feel free to subscribe to be notified of my forthcoming articles or simply connect with me via Twitter or LinkedIn.

Bio: Mahbubul Alam has 8+ years of work experience applying data science in making policy and business decisions, and has worked closely with stakeholders in government and non-government organizations and helped make better decisions with data-driven solutions. Mab is passionate about statistical modeling and all aspects of data science – from survey design and data collection to building advanced predictive models. Mab is also teaching/mentoring a data science and business analytics course designed for early to mid-career analysts, team leads and IT professionals who are transitioning to data science or building data science capabilities within their organizations.