Data Science of Sales Calls: The Surprising Words That Signal Trouble or Success

While not as profound a problem as uncovering the secrets of the universe, how to conduct a successful sales conversation is an age-old problem, impacting millions of people every day.

By Amit Bendov, CEO and Co-Founder at Gong.io. 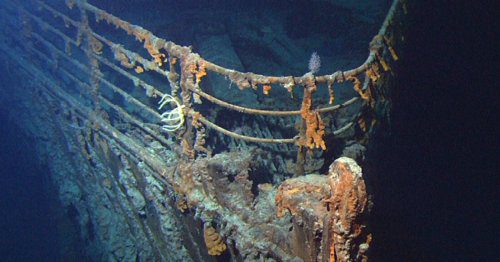 For almost a century, there was no shortage of theories where the Titanic might be resting in peace. The iconic photos taken by the Argo, a cutting-edge deep ocean mapping vessel, ended the debate. Similarly, until recently, the age of the universe was uncertain. By showing the universe's expansion rate, the Hubble telescope provided an estimate: 13.75 billion years.

Once in a while comes an image that ends decades of theories, beliefs, and opinions.

The images are striking and often not quite what you expected them to look like.

That's how we felt when we saw the surprising initial results from analyzing a massive audio database of sales calls.

While not as profound a problem as uncovering the secrets of the universe, how to conduct a successful sales conversation is an age-old problem, impacting millions of people every day. And here too there's no shortage of opinions: there are over 13,000 books on selling on Amazon.

First, a little bit about the data.

Note: There are dozens of factors that can make or break a deal.  Some are seller-related, and some are buyer-related. In this post I’ll pick two handy buyer signals. In the future I'll share some stuff sales folks say.

So Here's the First Signal: When Will Your Deal Close?

In almost any initial conversation, a sales person will try to understand the time frame for the deal.

She might ask "When do you envision starting the project?" or "What is your time line for this initiative?"

There are hundreds of possible variations on answers ranging from "Oh, we need this yesterday" to "Second half of 2017."

Turns out that one of the most telling words is "probably." As in "probably in February." Or "probably by end of Q1." There was high correlation between mentions of this word and the deal timing. In fact, we found that timing forecasting accuracy was as high as 73% when the client used the word “probably” in conjunction with the timing. Now, before you get too excited, I do need to caution you: this is correlation, not causation. We do understand the difference, right? :) And it does not mean that the deal will close. Only that if it does, the timing is probably on the mark.

Now you can probably see why this was an "Argo moment" for us. I would have thought that "probably" is slightly negative. Who would have guessed that this word is actually a positive signal? That's the power of machine learning: facts, not opinions.

Since this is correlative, one can only speculate why that is: "We need this yesterday," is not a very thoughtful answer and does not really mean much. Ditto for "Sometime next year I believe." But "probably in March" is a more cautious, thoughtful answer. So there's a better chance they mean it.

Now to a Silent Killer: an "Anti-Signal."

Here too, it does not mean that the deal is dead, but suggests that there's a hurdle, so be attuned. And you’ll probably want to estimate the deal’s probability of closing on the lower end of your usual range.

This too is not something that I would have thought of as a top signal, but once we saw it, it made perfect sense. Another Argo moment.

That's all for now, folks - I hope you'll find it useful.

Bio: Amit Bendov is a CEO and Co-Founder at Gong.io. He has over 20 years of senior leadership experience in hyper-growth technology startups; managing R&D, marketing, and sales to global corporations in North America, Europe and APAC. Track record includes taking tech companies from zero sales traction to successful exit/IPO, from small teams to large organizations, and from anonymity to white-hot companies.