In this tutorial, we will build a neural network with Keras to determine whether or not tic-tac-toe games have been won by player X for given endgame board configurations. Introductory neural network concerns are covered. 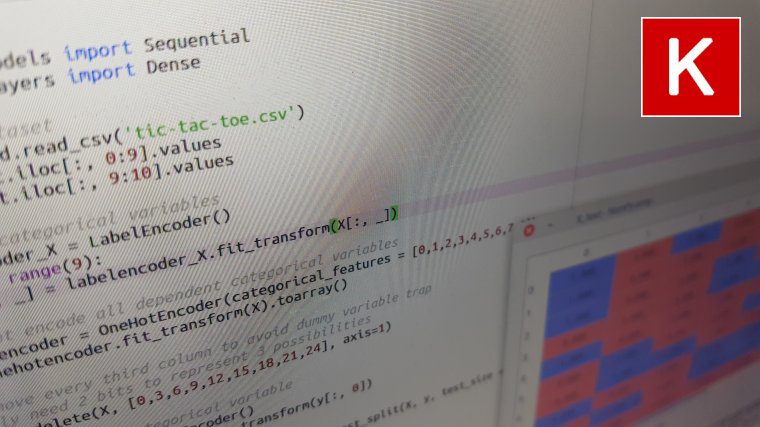 "Tic-Tac-Toe Endgame" was the very first dataset I used to build a neural network some years ago. I didn't really know what I was doing at the time, and so things didn't go so well. As I have been spending a lot of time with Keras recently, I thought I would take another stab at this dataset in order to demonstrate building a simple neural network with Keras.

The dataset, available here, is a collection of 958 possible tac-tac-toe end-of-game board configurations, with 9 variables representing the 9 squares of a tic-tac-toe board, and a tenth class variable which designates if the described board configuration is a winning (positive) or not (negative) ending configuration for player X. In short, does a particular collection of Xs and Os on a board mean a win for X? Incidentally, there are 255,168 possible ways of playing a game of tic-tac-toe.

Here is a more formal description of the data:

As is visible, each square can be designated as marked with an X, an O, or left blank (b) at game's end. The mapping of variables to physical squares is shown in Figure 1. Remember, the outcomes are positive or negative based on X winning. Figure 2 portrays a example board endgame layout, followed by its dataset representation. 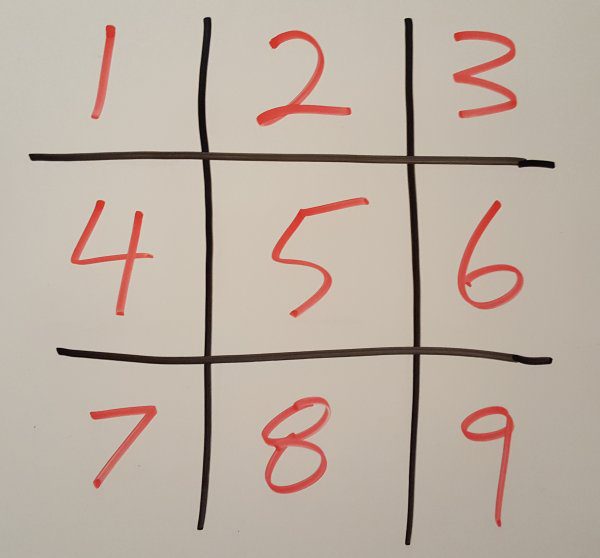 Figure 1. Mapping of variables to physical tic-tac-toe board locations. 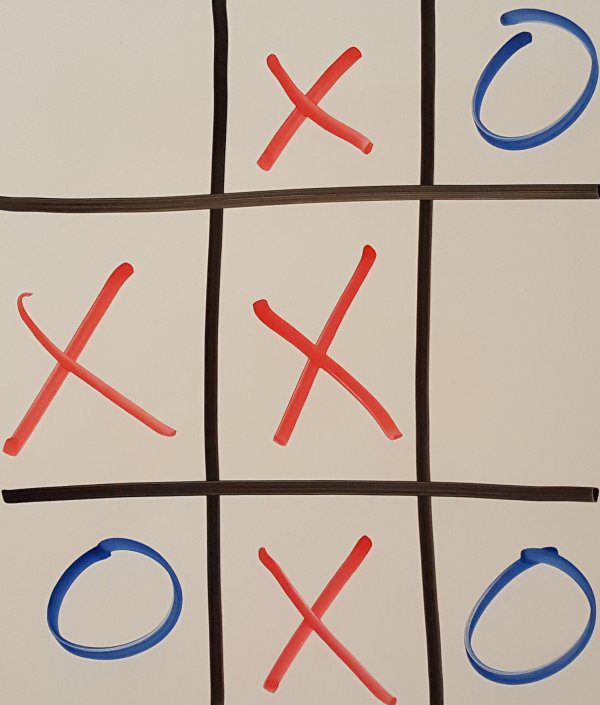 In order to use the dataset to construct a neural network, some data preparation and transformations will be necessary. These are outlined below, as well as further commented upon in the code further down.

Next, we need to construct the neural network, which we will do using Keras. Let's keep in mind that our processed dataset has 18 variables to use as input, and that we are making binary class predictions as output.

Below is what our network will ultimately look like. 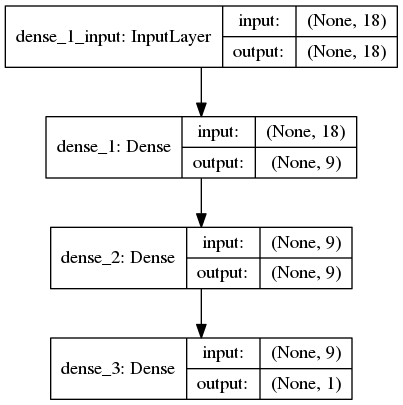 Here is the code which does everything outlined above.

The maximum accuracy of the trained network reached 98.69%. On the unseen test set, the neural network correctly predicted the class of 180 of the 186 instances.

By changing the random state of the train/test split (which changes which particular 20% of dataset instances are used to test the resultant network with), we were able to increase this to 184 out of 186 instances. This is not necessarily a true metric improvement, however. An independent verification set could possibly shed light on this... if we had one.

By using different optimizers (as opposed to Adam), a well as changing the number of hidden layers and the number of neurons per hidden layer, the resulting trained networks did not result in better loss, accuracy, or correctly classified test instances beyond what is reported above.