AI has mastered chess, Go, and other games, but can AI master March Madness? KDnuggets Cartoon imagines one scenario when this happens.


March Madness, if you are not from US, is a nickname given to NCAA Men's and Women's Basketball Tournaments that take place in March. They are very popular in the US and many people fill a bracket to predict who will win at each stage. Offices typically have a March Madness pool, with the winner getting the prize.

We revisit KDnuggets Cartoon that examines what happens when AI masters the March Madness. 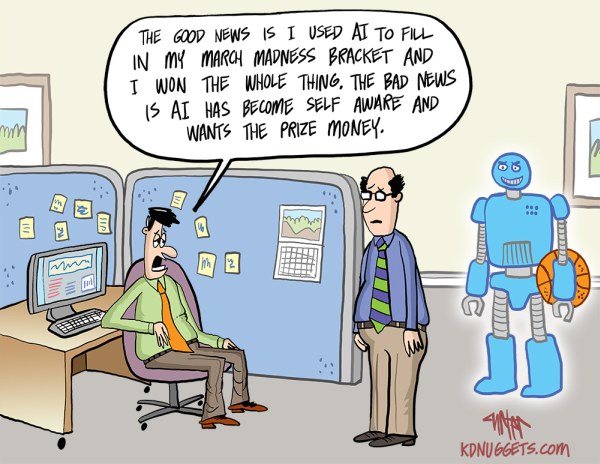 Data Scientist: "The good news is I used AI to fill in my March Madness Bracket and I won the whole thing.

The bad news is AI has become self-aware and wants the prize money."

This cartoon was ably drawn by Jon Carter.