With such extensive experience in predictive analysis,
You should have known we wouldn't hire you

KDnuggets Cartoons: The Funny Side Of Big Data

Data Scientist: "Sweetheart, my neural net predicts that you and I are 98.9% compatible. Will you be my Valentine?"

Watson: "Go ahead and think that I'm not really thinking.

I thought you would think that.". 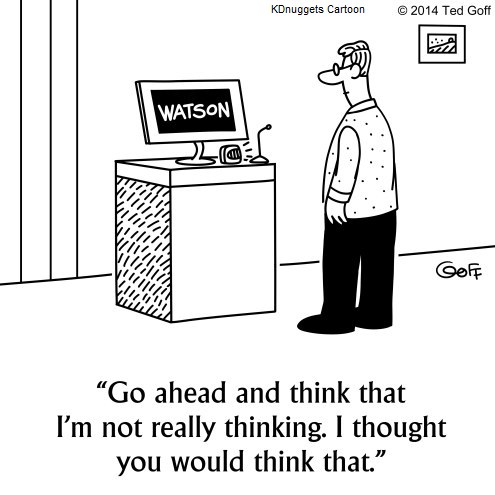 Turkey Data Scientist: "I don't like the look of this.

Searches for gravy and turkey stuffing are going through the roof!" 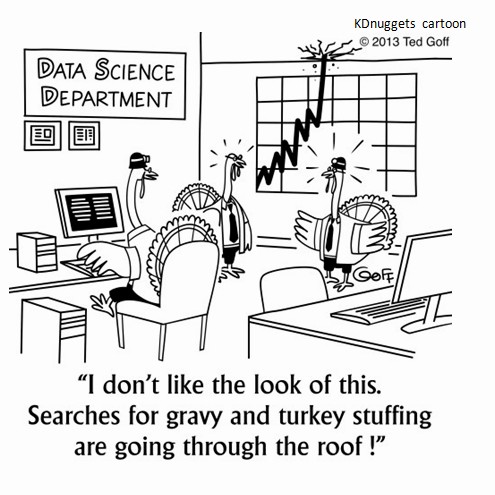 Next Trend after Big Data

It's amazing how we have transformed the industry as a result of my typo.

We are now on the alert for a suspicious group of cat aliens who infiltrated our pizza industry.

Mother of All Data

No candy? No flowers? No cards?

Big Data Predicted that 67.53% of you would remember! 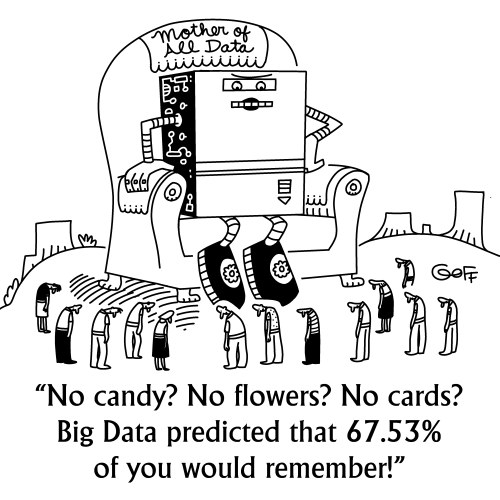 You'll be happy to hear that Big Data confirms we can't wring another penny out of you.

You can't keep adjusting the data to prove that you would be the best Valentine's date for Scarlett Johansson.

Preparing for the Big Data Flood

That's your Ark for the Big Data Flood?

Noah, you will need a lot more storage space! 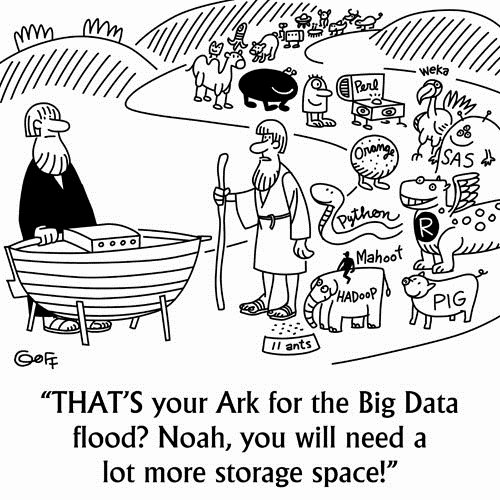 Twitter and Facebook can't predict the election, but they did predict what you're going to have for lunch: a tuna salad sandwich.

You're having the wrong sandwich.

Here's a list of 100,000 Warehouses full of data. I'd like you to condense them down to one meaningful warehouse. 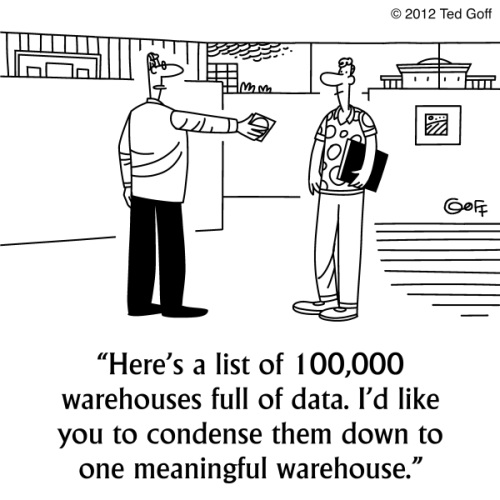 "Our data analysis experts can't read your minds. You're going to reach your own decision regarding hiring us, even though it's the same decision we knew in advance you'd make" 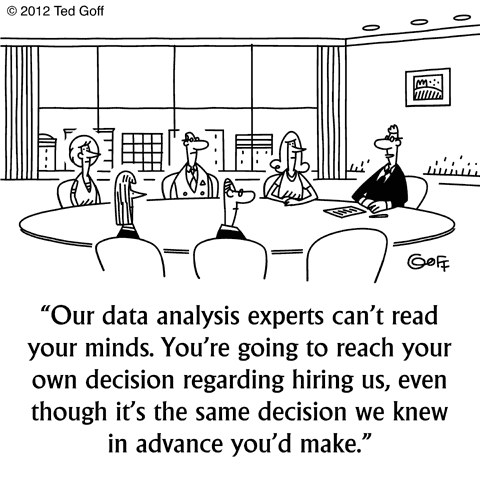