I have a joke about …

I have a machine learning joke, but it is not performing as well on a new audience. We bring you a selection of the nerdy self-referential computer jokes that were popular on the web recently. 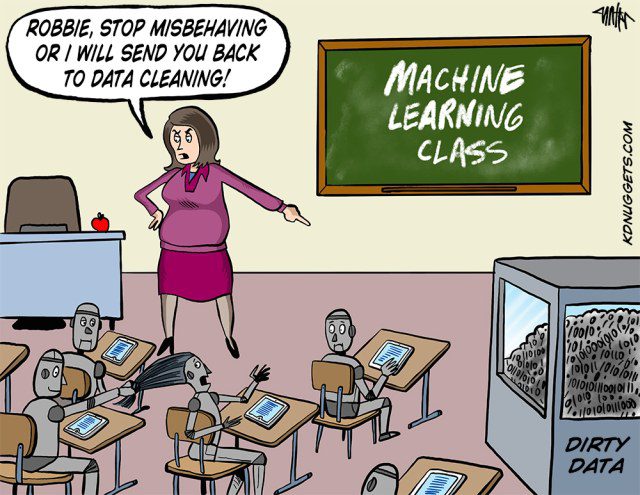 Here we bring you a lighter fare of very nerdy computer humor from the series of self-referential jokes started on Twitter earlier this week. Here are some of my favorites.

If you do understand all of the jokes, then you congratulate yourself on having excellent knowledge of Data Science and Machine Learning! If you have actually laughed at 2 or more jokes, then you have earned MS in Computer Humor! If you just smirked, you probably have a Ph.D. And I have a great joke about AGI, but it will be ready in 10 years.

Enjoy, and if you have more, add in comments below!

Yann LeCun, @ylecun
I have a joke about Gaussian processes, but you probably won't like it.

@KDnuggets:
I have a joke about a data miner, but you probably won't dig it.

Shamail Saeed, @hacklavya
I have a joke about deep learning but I can't explain it.

Mehmet Suzen, @memosisland
I have a joke about deep learning but it is shallow.

dbredesen, @dbredesen
I have a machine learning joke, but it is not performing as well on a new audience.

Paul Meyer, @pauljmey
I have a new joke about Bayesian inference, but you'd probably like the prior more.

Amey Kumar, @AmeyKUMAR1
I have a joke about Markov models but it's hidden somewhere.

MicheleV, @micheleveldsman
I have a statistics joke, but it's not significant.

Oli Mould, @olimould
I have a geography joke, but I don't know where it is.


I also saw many good jokes on LinkedIn in the post of Andriy Burkov, (ML at Gartner, author of The Hundred-Page Machine Learning Book) and comments:

Andriy Burkov
And I have a machine learning joke but I cannot explain it.

Ayin Vala, Co-Founder, Chief AI Officer at VastBiome
I have an object oriented programming joke. But it has no class.

Philip Welch, vehicle route optimisation | phd | logistics data scientist
I have a quantum mechanics joke. It's both funny and not funny at the same time.

Mike Abecina, Head of Data Strategy
I have a good Bayesian laugh that came from a prior joke.

Avneesh Sharma, SDE-2 at Amazon | Passionate about building Software Products for masses
I have a java joke but it is too verbose!

Gang Su, Senior Data Scientist at Netflix
I have a regression joke, but it sounds quite mean.

What do you have a joke about?