Streamlit is all about simplicity. It’s pure Python. Your script runs from top to bottom. Your app renders from top to bottom too. Perfect, right? Well...not quite. Users noted that our thinking was a bit too vertical. The group griped about grids. The community clamored for columns. Fervent friends favored flexibility. You get the idea.

So move aside, vertical layout. Make a little space for... horizontal layout! And a bunch more layout primitives. And some syntactic goodies too. In fact, today, we're introducing four new layout features giving you much more control over your app’s presentation.

st.beta_columns acts similarly to our beloved st.sidebar, except now you can put the columns anywhere in your app. Just declare each column as a new variable, and then you can add in ANY element or component available from the Streamlit library.

Use columns to compare things side-by-side: 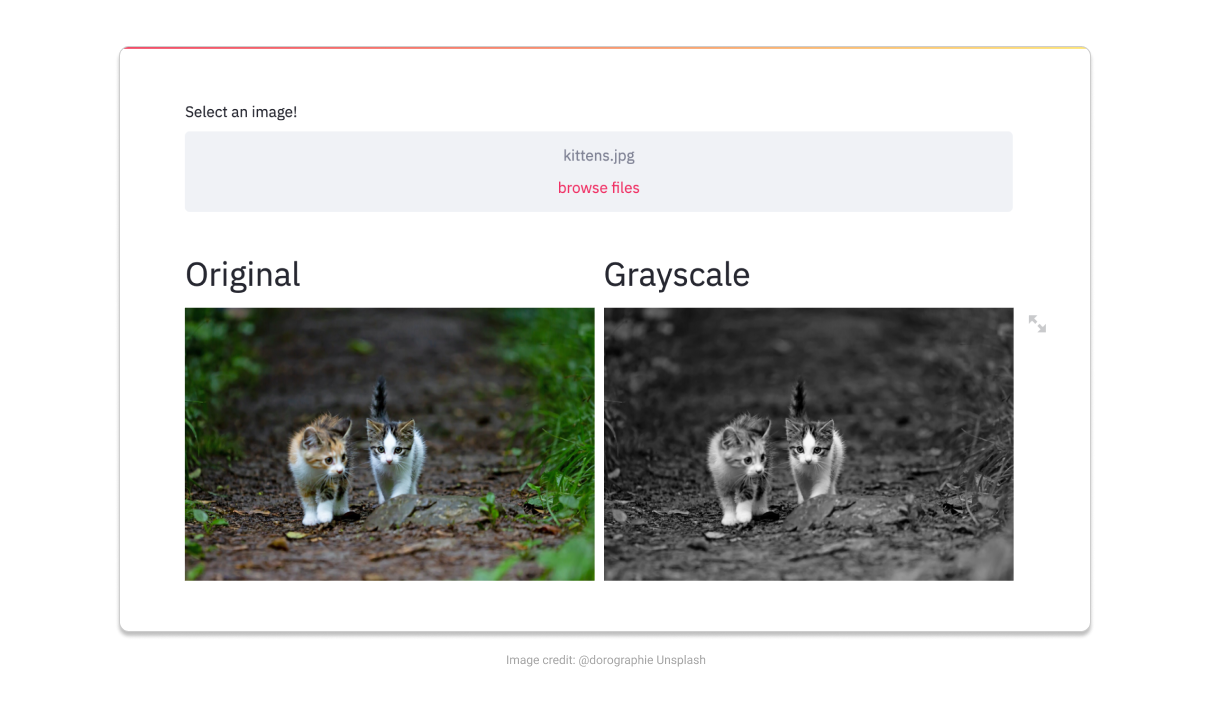 In fact, by calling st.beta_columns inside a loop, you get a grid layout! 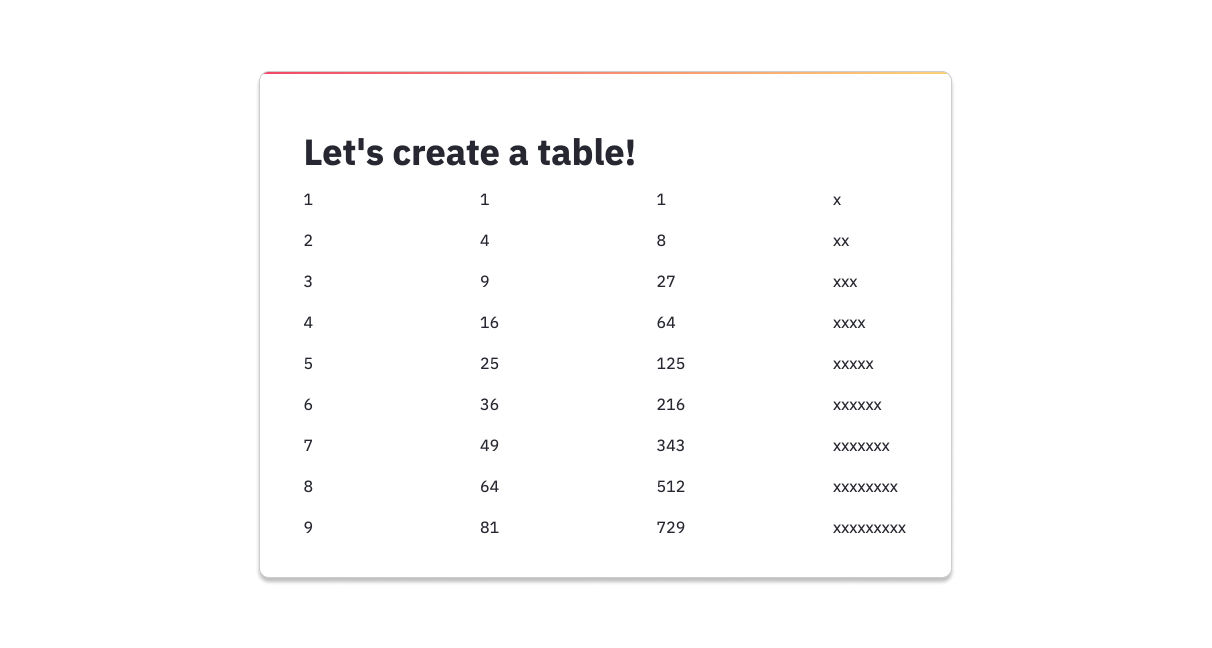 You can even get quite complex (which can be great for wide monitors!) Here's an example that uses variable-width columns in conjunction with the wide-mode layout: 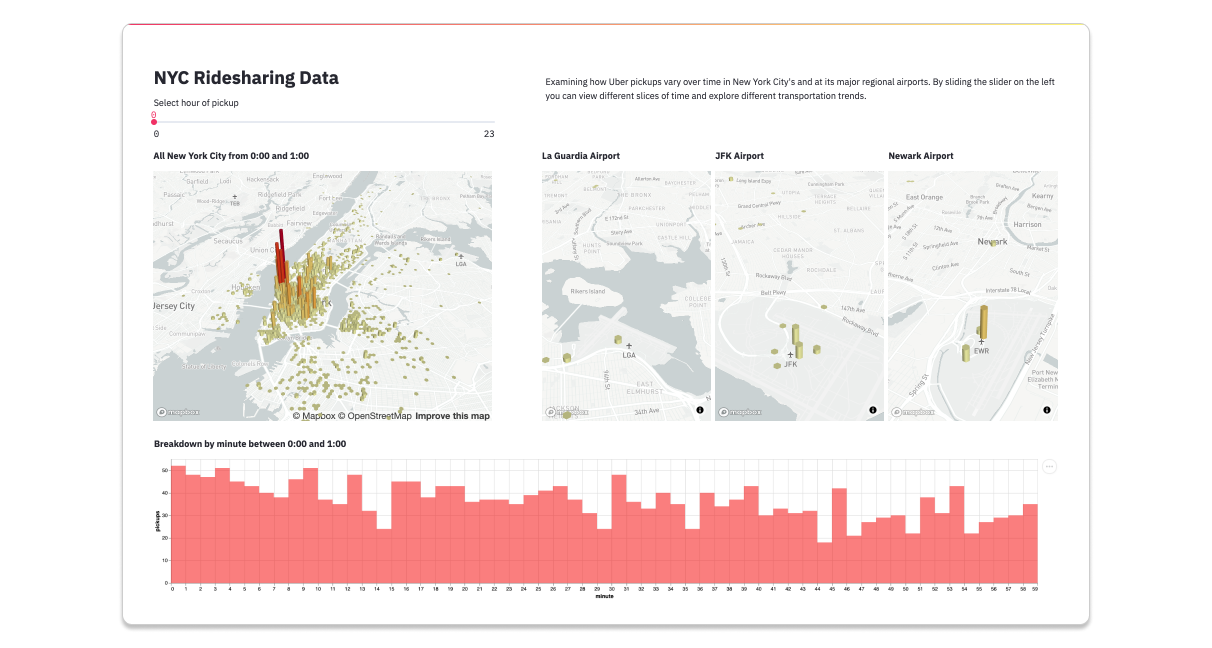 And just in case you were wondering: yes, columns are beautiful across devices and automatically resize for mobile and different browser widths.

Clean things up with expanders

Now that we've maximized horizontal space, try st.beta_expander, to maximize your vertical space! Some of you may have been using st.checkbox for this before, and expander is a prettier, more performant replacement 🙂

It's a great way to hide your secondary controls, or provide longer explanations that users can toggle!

If you squint a bit, st.beta_columns, st.beta_expander, and st.sidebar look kind of similar. They all return Python objects, which allow you to call all the Streamlit functions.  We've given these objects a new name: containers. And since it would be nice to create containers directly, you can!

Organize your code with... with

Finally, we're introducing a new syntax to help you manage all these new containers: with container. How does it work? Well, instead of making function calls directly on the container...

Use the container as a Context Manager and call functions from the st. namespace!

Why? This way, you can compose your own widgets in pure Python, and reuse them in different containers!

One last thing: the with syntax lets you put your Custom Components inside any container you like. Check out this app by community member Sam Dobson, which embeds the Streamlit Ace editor in a column right next to the app itself — so a user can edit the code and see the changes LIVE! 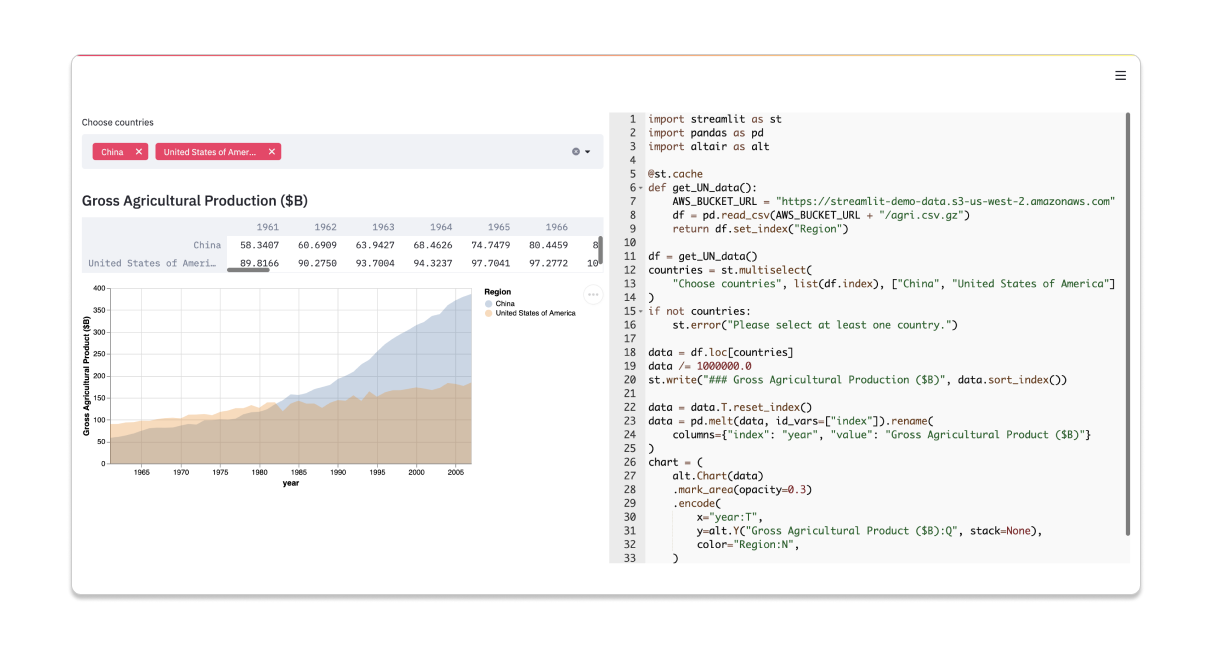 To start playing with layout today, simply upgrade to the latest version of Streamlit (v0.68).

Coming up are updates with padding, alignment, responsive design, and UI customization. Stay tuned for that, but most importantly, let us know what YOU want from layout. Questions? Suggestions? Or just have a neat app you want to show off? Join us on the Streamlit community forum — we can't wait to see what you create 🎈

A shoutout to the Streamlit Community and Creators, whose feedback really shaped the implementation of Layout: Jesse, José, Charly, and Synode — and a special callout to Fanilo for going the extra mile to find bugs, suggest APIs, and overall try out a bunch of our prototypes. Thank you all so much ❤️

Bio: Austin Chen is a Senior Software Engineer at Streamlit.