This poll received 1240 votes, almost 3 times as many as in 2015, but results show surprising stability, fitting a pattern that emerged already in 2012, which suggests that majority of data scientists and analysts do not work with really big data. Note that the poll asks about the largest ever dataset, so a typical dataset analyzed is expected to be significantly smaller. 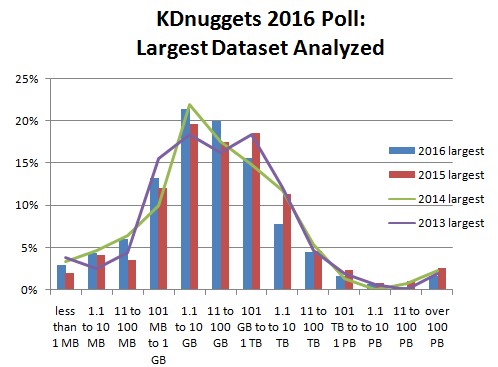 
This poll also asked about employment type, and the breakdown was 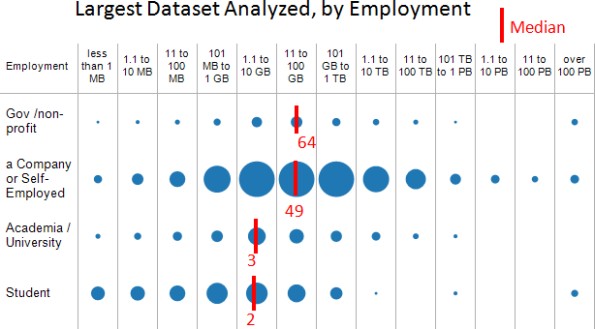 Figure 3 below shows the distribution of largest dataset ranges by region, sorted by % of TB+ answers.

In US/Canada, 22% analysts worked with TB+ datasets. Next is Europe (15%), AU/NZ, 14%, Africa/Mideast (13%), and Latin America (10%). These numbers are consistently lower than in 2015, which combined with 3x increase in poll participation, suggest big growth in new Data Scientists entering the field and working on regular size data. 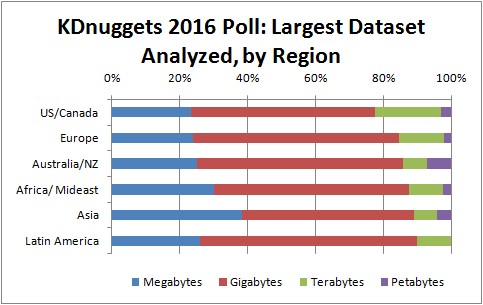 Regional participation was Finally, we examine the largest dataset analyzed by both employment and region for 3 largest regions. 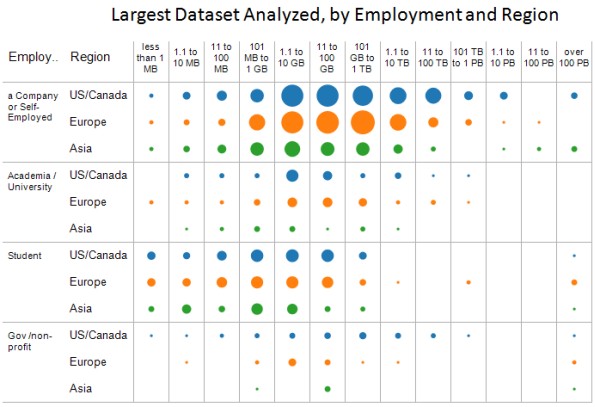 Fig. 4: KDnuggets Poll: Largest Dataset 2016, by Employment for US/Canada, Europe, and Asia. Circle size corresponds to the number of responses